The big kick-off is fast approaching but what can supporters expect from Sky Bet League One this season?

With the help of English Football League title sponsor, Sky Bet, and Sky Sports expert Ian Holloway, we pick out teams to watch at both ends of the table and some players who could make their mark...

Sheffield United are once again the pre-season favourites to win Sky Bet League One but can Chris Wilder succeed where the likes of Nigel Clough and Nigel Adkins have failed?

The Blades are preparing for a sixth season in the third tier but with a boyhood fan whose managerial star is on the rise at the helm - Wilder shrugged aside off-field problems to lead Northampton to the League Two title last term - the Bramall Lane faithful might finally feel this could be their year.

United chiefs are so far standing firm over talented young forward Che Adams, rejecting two bids from Birmingham, but evergreen goalscorer Leon Clarke should take some pressure off Billy Sharp and the likes of Jack O'Connell and John Fleck are much-needed recruits down the spine of the team.

Sky Bet have Wilder's side as 5/1 market leaders to finish top (7/4 for promotion) with their closest challengers tipped to be Championship tumblers Charlton (9/1) and beaten play-off finalists Millwall (10/1).

The Addicks had three different mangers during a turbulent 2015/16 campaign that saw repeated protests against owner Roland Duchatalet but have the experienced Russell Slade in charge this time around and despite losing Nick Pope and Johann Berg Gudmondsson to Burnley, new signings Declan Rudd and Nicky Ajose catch the eye.

Millwall, meanwhile, have largely kept together a squad that lost out to Barnsley at Wembley and have added Plymouth winger Gregg Wylde to an already lively attack that includes Lee Gregory and Steve Morison.

The two other sides relegated from the Championship, MK Dons and Bolton, are rated 12/1 shots for the title - the same price as Bradford, who missed out in the play-offs under Phil Parkinson - now at the Macron Stadium. The Bantams will hope to be challenging towards the top again under the familiar stewardship of Stuart McCall, who looks to have recruited smartly with the likes of Romain Vincelot and Matt Kilgallon. 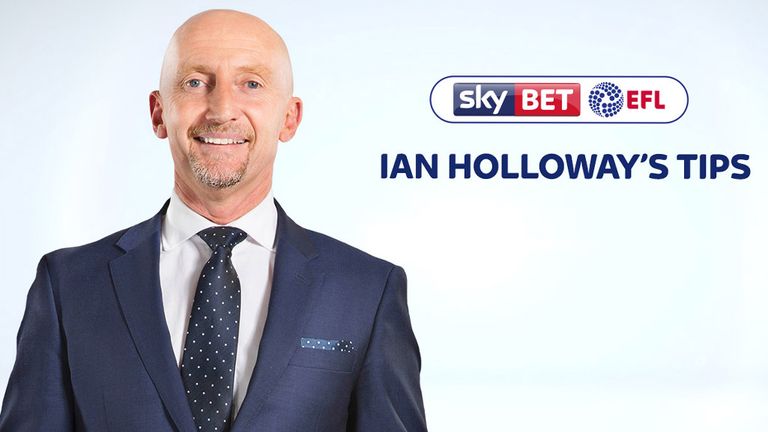 My head says Sheffield United with Chris Wilder in charge are probably the ones to beat but going for the favourite would be boring. Bristol Rovers look a good shout to mount another promotion challenge. Everything is rocking, Daryl Clarke reportedly turned down Leeds to stay and we've got a billionaire financing the club!

Northampton ran away with Sky Bet League Two last season as they accumulated a monster 99 points to take the title and Sky Bet make the Cobblers an interesting option at 11/2 to make it back-to-back promotions.

Rob Page has taken charge at the Sixfields Stadium and continues to strengthen across the board - Alex Revell and Harry Beautyman just two of the names through the door - while Oxford - who finished second in League Two last term - are on offer at 9/2 to go straight up to the Championship.

The U's have lost key forward Kemar Roofe to Leeds but Michael Appleton could have a new gem in Kane Hemmings, who bagged 21 league goals in the Scottish Premiership with Dundee last term.

Scunthorpe (5/1) ended the 2015/16 campaign in fabulous form, Graham Alexander guiding them to seven wins and draw from their last nine games. The Iron only missed out on the play-off places on goal difference and Paddy Madden fired 20 league goals last season. Could additions such as Walsall's San Mantom push them over the line this campaign?

Walsall were losing play-off semi-finalists last season after being edged out of the automatic promotion places by Burton on the final day but after losing a number of key performers - Tom Bradshaw and Romaine Sawyers, as well as Mantom,the Saddlers are longer odds for promotion (13/2) than Coventry (11/2), who have lost the prolific Adam Armstrong on top of Vincelot but have brought in former Watford striker Marvin Sordell.

Both clubs are under new management with former Northern Ireland assistant boss Stephen Robinson taking charge of an Oldham side who narrowly avoided the drop last term and Bruno Ribeiro - the Portuguese ex-Leeds and Sheffield United midfielder - getting the top job at Port Vale.

Swindon, Bury - who have respectively lost key strikers Ajose and Clarke - and Shrewsbury are all rated as likely contenders to finish at the wrong end of the table with Sky Bet pricing up each of the trio at 9/4 to fill one of the four relegation slots.

Chesterfield (5/1) will also have their work cut out to avoid a battle for survival, according to the traders.

The Spireites struggled last season but had previously been in the play-off mix and boss Danny Wilson knows the division, having almost taken Sheffield United up automatically. Wilson has taken former Blades forward Ched Evans, out of football for four years after time in prison, on a one-year trial. The spotlight will be on the once-prolific striker, who faces a rape retrial in October.

Sheffield United captain Billy Sharp is the man heading the Sky Bet League One top goalscorer odds at 6/1 after hitting 20 goals in 39 league games for the Blades last term.

The Addicks will be hoping that Nicky Ajose - who finished second in last season's League One top scorer standings - can replicate his 22-goal haul this term with Sky Bet backing him at 10/1 to grab the most goals.

Millwall forward Lee Gregory sandwiches Sharp and Ajose in the prices at 10/1 after he finished the campaign as the club's top scorer with 27 goals in all competitions - eight ahead of second-place Steve Morison.

Bristol Rovers striker Matty Taylor is set for his first season in Sky Bet League One and he's a 12/1 option after racking up the goals in League Two and the National League over the last couple of campaigns.

Who are you tipping to shine - and struggle - this season in Sky Bet League One? Post a comment below if you're reading on skysports.com or tweet us @SkySportsEFL

Sky Bet odds correct at August 4 and subject to fluctuation.