Emmanuel Dennis has completed his move to Nottingham Forest from Watford; No terms were disclosed by Forest, with a reported £20m fee having been agreed; Later on Saturday, Forest announced the arrival of former Crystal Palace midfielder Cheikhou Kouyate

Nottingham Forest have completed the signing of Nigeria striker Emmanuel Dennis from Watford.

The 24-year-old scored 10 goals for the Hornets in the Premier League last season but could not help to keep them up.

Dennis featured in Watford's opening two Sky Bet Championship matches but did not feature in the squad for Friday night's win over Burnley as he finalised a switch to the City Ground.

"Nottingham Forest is delighted to confirm the signing of striker Emmanuel Dennis from Watford," a club statement read. 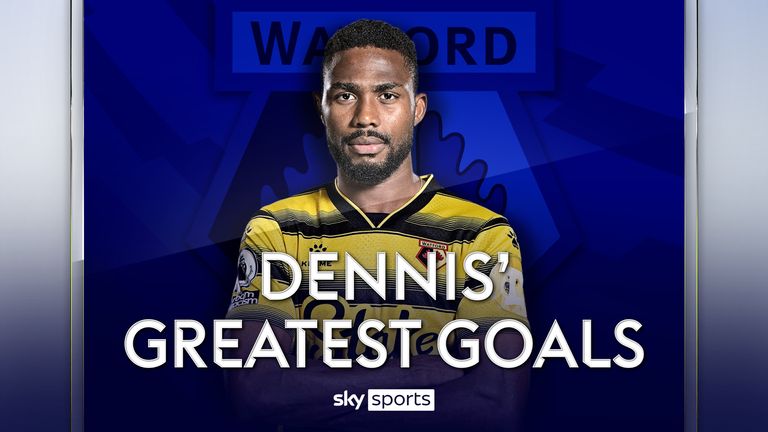 With Emmanuel Dennis joining Nottingham Forest, we take a look at his best goals from his debut season in the Premier League.

No terms were disclosed by Forest, with a reported £20m fee having been agreed.

Kouyate, Forest's 14th signing of the summer, was a free agent after leaving Palace at the end of the 2021/22 season when his contract at Selhurst Park expired.

"The versatile 32-year-old joined West Ham United from Anderlecht in 2014 and made 147 appearances during a four-year spell with The Hammers before moving to Selhurst Park in 2018.

"Kouyate boasts 82 international caps for Senegal to date, having been part of the squad that lifted the Africa Cup of Nations title last year, as well as helping his nation qualify for the upcoming FIFA World Cup finals in Qatar."

Forest have also been linked with Brighton forward Neal Maupay, who was left out of Saturday's squad against Newcastle.