Watch Newcastle vs Brighton, live on Sky Sports Premier League from 5pm on Saturday; Kick-off is at 5.30pm

Brighton head coach Graham Potter has earned a reputation for doing things a little differently but it seems that is nothing compared to his long-time assistant Billy Reid. The 56-year-old Scot has accepted an acting role in a new feature film about the life of Brighton-born Mercedes Gleitze, the first British woman to swim the channel.

"I thought it was a bit of a wind up at first," Reid tells Sky Sports. "I told my wife and my two sons and they just laughed at me. 'What is he getting into now?' But it's all good fun. Why not give it a go? I'm not clued up on the film industry but it's an interesting project so let's see how it works. It's a chance to put something back into the community, you know."

The opportunity came up when he was contacted by Elliott Hasler, a teenage film director and Brighton season-ticket holder. "I was intrigued by the letter I received and then we had a few chats on the telephone," explains Reid. "He is certainly fully focused on what he wants to achieve and if I can help him along the way then I want to do that." 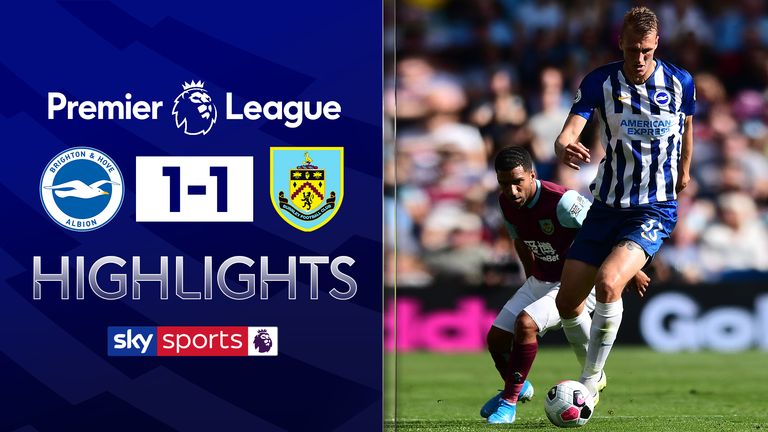 Hasler's first film, Charlie's Letters, was showcased at the Edinburgh Fringe Festival and he has high hopes for Vindication Swim. As for Reid's role, Hasler has cast him as burly pub landlord. "He must have seen some pictures," laughs Reid. "I do have a few lines. It is not exactly a film career but it is just another interesting thing for me to be involved with."

The affable Reid's only stipulation was that the role should not impact on his work with Brighton but that will not be an issue. After a brief costume fitting, he will film his scenes over the course of a couple of hours in the spring. It is just the latest left-field move by a coaching team that have made a habit out of taking themselves out of their comfort zone.

Potter established a 'culture academy' during his eight-year stint in Sweden with Ostersunds, just part of a remarkable journey in which he took the club from the fourth tier all the way through to the knockout stages of European competition. Perhaps most famously, Potter and his team put on a performance of the ballet Swan Lake back in 2015.

Reid, who joined Potter in 2013 after eight years in charge of Hamilton Academical, had a role in that production and even had his own rap routine in a subsequent show.

"My five years there were a real eye-opener in terms of team bonding and the projects we did there," he says. "I became quite heavily involved and it just seemed to grow legs with bigger and bigger crowds every year. They were fantastic for finding out about yourself and doing things you had never done before, especially at my age.

"It was an interesting thing. We would do these workshops and sometimes it would be the players seeing the coaching team out of their comfort zone because, believe me, we were not all good at all these different things. Sometimes though it would be the coaching team seeing the players out of their comfort zone. But you would then see them progress.

"I always think of two particular lads we had there called Ronald Mukiibi and Gabriel Somi. These two lads would not step across the line to sing during the singing project. But then as they started to get into it and the project went on they started to cross the line and by the end of the show, in my opinion, they were the two best guys in the show.

"I found that really interesting. They had never done it before and would probably never have tried it. But they came out of their comfort zone and became the stars of the show."

Team bonding was the driving principle behind the projects but this was an example of the other messages that players could take from it - try things and you might surprise yourself with what you can achieve. Ostersunds certainly did that and, after an encouraging year at Swansea, Potter and Reid want to take that ethos into the Premier League with Brighton.

Opening up with a 3-0 win away to Watford, supporters have been quick to embrace the new coaching team after a difficult season under Chris Hughton. "We are certainly trying to express ourselves on the football field with our style of play and the players have bought into it," adds Reid. "We are just looking forward to continuing to develop the players.

"The infrastructure of this football club has blown me away in terms of the training facilities, the stadium and the ambition of the chairman. I am just really proud to be a part of this."

Reid, of course, will have a role to play.