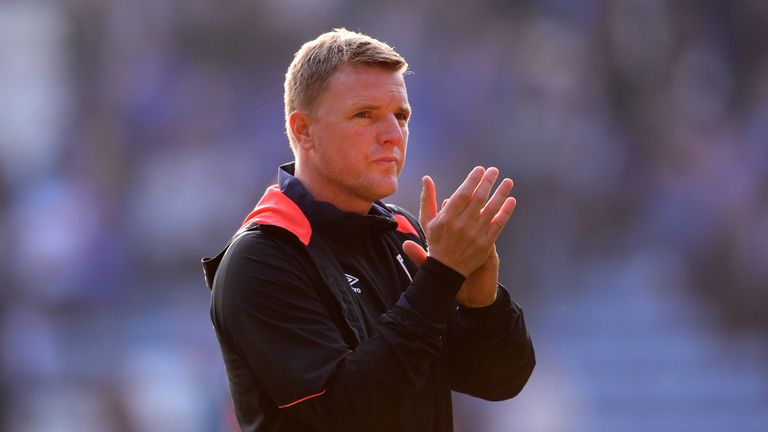 Eddie Howe says he cannot guarantee Ryan Fraser will be a Bournemouth player by the end of the season.

Fraser had been heavily linked with a move to Arsenal earlier in the window, with the Scotland international having just one year left on his contract at the Vitality Stadium, although it is understood the Gunners have cooled their interest.

The 25-year-old winger notched up 14 Premier League assists last season - the most in the division alongside Eden Hazard - and also chipped in with seven goals across all 38 games.

Overall, Fraser has 15 goals and 25 assists across 92 Premier League appearances, also helping the Cherries win promotion from Sky Bet League One in 2013 and the Sky Bet Championship in 2015.

When asked if Fraser would still be a Bournemouth player by the end of the 2019-20 campaign, Howe told Sky Sports: "I never make guarantees to anybody. It's football and you never know what can happen.

"As we stand here now, I'm very insistent we keep the team together. It's vitally important that we do."

Bournemouth are preparing for their fifth season in the Premier League and have signed four players in this transfer window - Lloyd Kelly, Jack Stacey, Philip Billing and Arnaut Danjuma.

However, Howe suggested that their summer business may not be over just yet, especially after losing a number of players to injury.

"I wouldn't say 100 per cent our business is done," he added. "We'll see over the next few days. I'm quietly confident this squad is fine.

"It was a blow to lose those players (David Brooks, Lloyd Kelly, Dan Gosling, Lewis Cook, Simon Francis, Junior Stanislas) to injury, no doubts over that.

"When everyone is fit, we have an unbelievable squad in my opinion. We're desperate to get them back but I believe the players that are fit are good enough to get results."