Walsall are on the up under Darrell Clarke. Adam Bate caught up with the him to find out why he took on the challenge and the lessons that he has learned from his time at Bristol Rovers...

Walsall is just the latest challenge for Darrell Clarke in a life in the game that has taken him as far north as Hartlepool and as far as south as Salisbury. Now living away from his family in the cathedral city of Lichfield, his commitment to his career comes at a price.

"It's horrible to say but football is my life," Clarke tells Sky Sports.

Three years ago, he was seen as one of the bright young things in management. With four promotions to his name - two with Salisbury and two more with Bristol Rovers - he was approached by Leeds United in the summer of 2016, but opted to stay at Rovers.

Rejecting Leeds is not a regret. He takes pride in his loyalty. But he appreciates now that his belief in Bristol Rovers' grand plans for the future was misplaced. The club remain in League One and plans for a new stadium and training ground have stalled. Clarke left in December.

"I think I needed a break," he admits. "The last 12 months there were hard. One day I will tell my story. The politics there were unbelievable but I wish the club and the fans the best."

It was during his time at Rovers that he earned a reputation as one of the Football League's straight talkers. A man happy to call a spade a shovel. If players didn't do it, he told them so - in private and in public. Rarer still, he would - and still does - admit to his own mistakes. But it was his decision to call out the board there that was seen as particularly bold.

"What I said publicly was no different to what I said to them," he insists. "People who know me see it how it is. For me, a football club is all about the fans so the message has to get out to them. They pay their money so you have to keep them informed, within reason, as to where the football club is progressing to because that's where unrest comes if you don't.

"Those Rovers fans want to be a Championship club, so how are you going to get there? Can you do that with one pitch to train on that's not theirs and sometimes you get kicked off?

"I am an ambitious manager. I don't want to be getting out of bed just to stay in League One, fighting relegation year in and year out, selling your best players and trying to replace them, because eventually you come unstuck. That's what happened to me at Rovers." 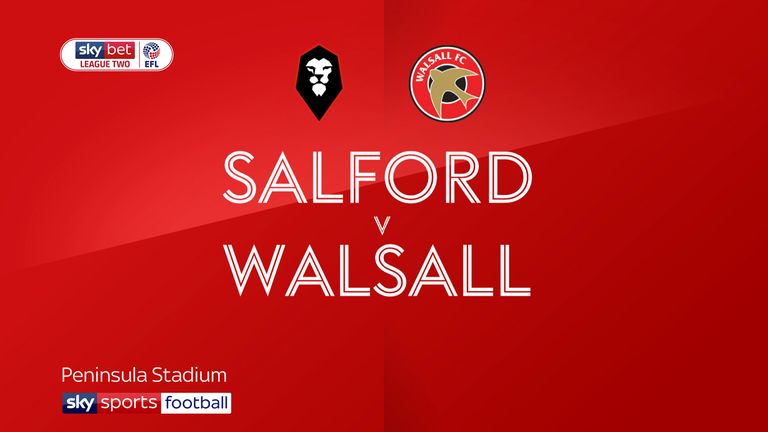 So what was it that appealed to Clarke about Walsall? On the face of it, this is a club with its own constraints. But last season's relegation to League Two brought with it opportunity under new owner Leigh Pomlett. There is a chance to reshape things. A chance for a fifth promotion as a manager and the hope of being given the time in which to make it happen.

"The biggest pull is that the training facility is a good League One standard - much better than what I had at Bristol Rovers. Ten thousand times better. They have not promised me anything they cannot deliver either. But it has the foundation to be a League One club.

"I could have probably waited for a job higher up the pyramid, to be honest with you. But I like success. I like promotions. I like that feeling of working towards a goal.

"People don't like hearing this but there are clubs in League One who are not getting out of the division however hard they try because the gulf is just too massive. I didn't want to take a job where success was staying in the division. I don't class that as success.

"Don't get me wrong, this job is going to be a lot more challenging. We are not going to be handed millions but I don't mind that. I like to get out there and coach my players to make them better. It's a better way of doing it than chucking money at it."

In that sense, Clarke is going back to his roots. Back to what made him good at this job.

"The last 12 months at Rovers were where I got it a bit wrong in terms of the recruitment. Players were coming in who were better names but not as hungry as they should have been. So I will never come away from that now. The hungriness of the players is everything.

"You have to be very careful as a manager. A player can have all the ability in the world but if they have not got that desire to want to keep succeeding, whether they are 19 or 29, then you have a problem. How many players do you know who get that one decent move and suddenly they think they have cracked it? So you do have to be careful.

"At this football club, the players don't get that choice. They need to be successful to earn their bonus. They don't earn enough money to not give it their all. I think that's a good thing. You look at other football clubs now and some are in big trouble because of the money being spent. This club isn't run that way. It's run professionally and properly."

After a hectic period spent watching videos and assessing the squad, Clarke released 20 professionals in the summer. Six loans went back to their parent clubs. New staff came in and there was a new squad too. He describes it as "the biggest turnaround in all four divisions" all in an effort to "change the environment" at a club worn down by relegation.

The result is that it will take time for things to gel. Defeat to Swindon in November left Walsall just two points off bottom but a run of five wins and three draws in the nine games since then have transformed the mood and convinced supporters that patience in a 42-year-old manager who already has 200 career wins to his name will bring with it rewards.

Now Walsall are in the top half and closer to the automatic promotion places than relegation. "It is still going to take a couple of windows," Clarke acknowledges.

"We had a good September but I still wasn't happy even with four wins on the spin. Just because I know me and I know where we need to be and we are not there at the moment. I suppose I am just a miserable git but that's why I'm not happy.

"I don't think I will ever be completely happy but I can see where I can get it with just a few tweaks here and there each window. That doesn't necessarily means spending loads of money. It will just need some tweaks because I have got a really good set of players at the moment. The challenge is there for them. Show me you are top seven League Two players." 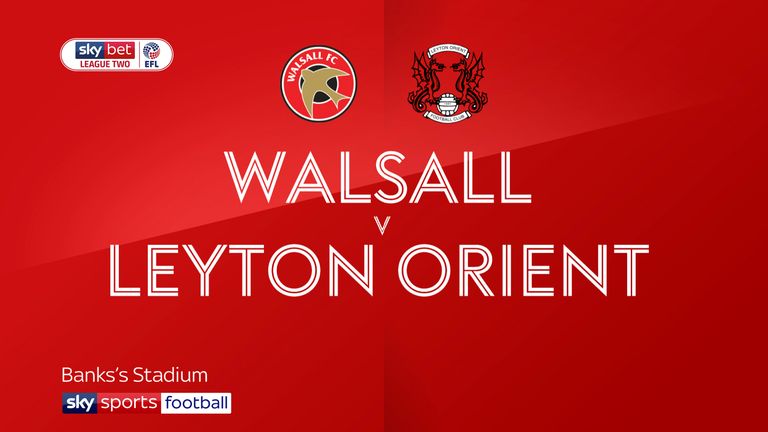 Highlights of the League Two match between Walsall and Leyton Orient

Goals have been a problem this season but Walsall's defensive record has been encouraging. Seven of their wins have been 1-0 victories. "Going forward we can get a lot better but the first thing I wanted to do was bring some defensive structure," says Clarke.

"It was never a job where they said I had to come in and get us up immediately. I would have taken it on those terms if they had given me a top-seven budget but it's not that club. We know where we are going and I think we can do it. I like the way we are going about it."

"I think the players enjoy that truthfulness about me," he laughs. "I have no problem tearing a strip off them and letting them know what I demand from them. It's not a problem. You just sit down with them. Do they want my honest thoughts? You can paper over it or stutter your way through it but most players want to know why they are not in the team.

"Maybe it will just be a decision based on gut instinct but I don't mind letting the player know afterwards if I don't think I got the decision right. Others managers might not do that. Building that man-management style, you get the buy in from the lads who want to work really hard and progress in their career. And, like I say, you want hungry players.

"It's the same with the fans. We have a very loyal fan-base who pay their money and are entitled to criticise but that criticism tends to come when they know players are earning ridiculous sums of money. They can't throw that at these players because they know that isn't happening here. So they have been fantastic. They know it's a work in progress."

Progress that is now being made.