"We as a collective are united in our goal to finish this season. We have no desire for voiding the season," says Peterborough owner Darragh MacAnthony; League One and Two clubs will meet via video conference later on Friday 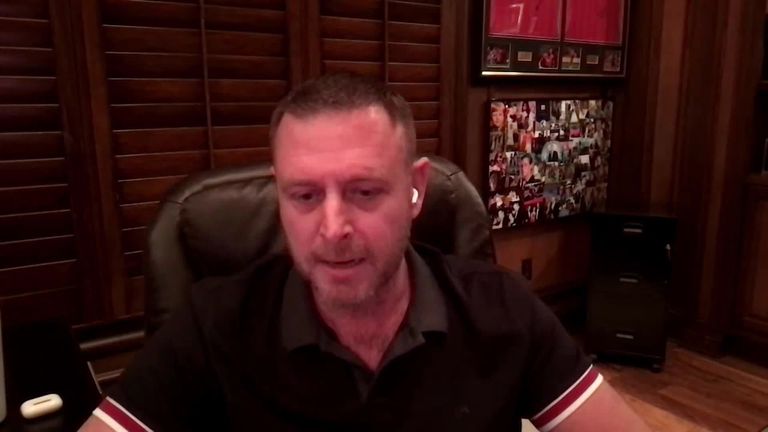 Clubs could have their games forfeited if they refuse to return to finish the League One season, Peterborough owner Darragh MacAnthony has suggested.

The Posh chairman told Friday's The Football Show the cost of returning to play out the remaining games of the third-tier season could be as much as £500,000 cheaper than the repercussions of the season being cut short.

League One and Two clubs met via video conference calls on Friday to discuss the future of the 2019/20 season.

In League Two an indicative vote was taken. Voting was unanimous and all clubs decided that three teams will be promoted to League One, the League Two play-offs will still take place, and no teams will be relegated to the National League.

But MacAnthony, who on Thursday released a statement on behalf of six League One clubs in promotion contention re-affirming their desire to finish the season, said the "can of worms" which could otherwise follow would be much worse, and suggested clubs could be told to forfeit games if they were unwilling to play.

"I have been asked to relay this message on behalf of Oxford, Fleetwood, Portsmouth, Sunderland, Ipswich, Peterborough to the EFL & the media ahead of our League One meeting on (Friday) morning.

"We as a collective are united in our goal to finish this season. We have no desire for voiding the season, PPG (points per game) scenario is letting a computer decide our footballing fate.

"For our fans/staff and for the integrity of our sport we are all looking forward to completing our pending Fixtures/ season under guidance from the EFL at a time it is deemed safe to do so. Thank you for your time."

- On behalf of Peterborough, Oxford, Fleetwood, Sunderland, Portsmouth and Ipswich.

"You might say it's £300,000 to finish the game, but what if it costs £800,000 not to do it? We've been asking that price all along, asking the EFL about it. We can't give season ticket holders games on iFollow, they'll want refunds. We don't have massive crowds but other clubs could lose about £600,000 just on those games," he said.

'What's coming in July will be ugly'

Amid deferrals of wages and other payments from clubs since the coronavirus pandemic took hold, MacAnthony believes the EFL needs to restart before clubs are forced to pay those bills later in the year, and said the summer could prove "ugly" for finances across the league's three divisions.

"We need about £200m across the 72 clubs," he said. "All this money people have deferred and VAT, wages, PAYE, there's going to be a horrific amount to pay then.

"If we don't get back to playing now, when do we get back? The further away we are, it really troubles me. If we don't see football back in the next few months, we might not see it for the rest of the year.

"There's 200 employees at Peterborough, if there's no football for the rest of the year I'm going to have to let some of those people go. I don't want to do that."

'No need for knee-jerk decisions'

Niall McWilliams, managing director of Oxford United, another of the six clubs behind Thursday's statement, told the club website: "We want to play. "Obviously, that's not going to be easy, and I don't envy the EFL trying to find a way to make it happen.

"But as a club we would love to finish the job that we started all those months ago and try to win promotion on the pitch."

Portsmouth chief executive Mark Catlin added: "We owe it to supporters, staff, sponsors and football in general to do everything that we can to get this season completed.

"There are difficulties in achieving this and we fully understand that, but there is no need to currently make any kneejerk decisions in regards voiding the season, until we have all the information required to make an informed decision on the subject."

Salary cap proposals will be sent to clubs in League One and League Two no later than Monday.

Clubs in the English Football League are looking at a £200m financial hole by the end of September as a consequence of the suspension of the league due to the coronavirus pandemic, according to the competition's chairman Rick Parry.

Moves to implement cost controls have been led by a working group, which is expected to distribute proposals to clubs in the coming days.

Parry told the Digital, Culture, Media and Sport committee last week that a salary cap and other cost control measures were "absolutely essential".