As a central figure behind Accrington's rise from the Northern Premier League to Sky Bet League One across the last two decades, John Coleman had no doubt experienced, dealt with and come through a multitude of football's trickiest situations.

But, two months ago, there was a new one to add to the list.

On October 22, the club announced that, due to eight players and staff having contracted coronavirus, the clash with Bristol Rovers would be postponed. Five days later, that figure had increased to 19 and three more matches were called off.

"It was really difficult and it came on us all of a sudden," Coleman tells Sky Sports. "We lost 17 players in a week and I made the decision quite early to shut the club down for two weeks.

"We all had to isolate and when it was time to get the players back in, it was difficult because we came back to play in the FA Cup with only two days of preparation after being off for 14 days. A lot of the lads had been quite sick and a couple of them were in bed for six or seven days.

"We tried to give them individual programmes via Zoom, but a lot of them weren't well enough to participate. We couldn't be prepared for it, we just had to get on with it as best we could and thankfully we've got good staff here who are attentive. The players all bought into what they could do, when they could do it."

With Stanley on the cusp of the play-off places after four wins from their opening seven, the momentum they had generated was, understandably, under threat and they were ousted from the FA Cup first round by League Two side Tranmere when they returned to action on November 7.

Any fears were soon proved unfounded, as Coleman's side took 10 points from the 12 on offer in November and did so without conceding a single goal. Having shipped the fifth-highest amount of goals in the league last season, the defensive aspect alone was noteworthy.

"We have got a good set of lads who are working hard for the team and a great set of staff here who are very conscientious," he adds

"I think a lot of the time people think we do well just because of our spirit, but the staff work ever so hard in preparing for all the games and that shouldn't go unnoticed. They've been doing that for years and it's come to the forefront more when we've needed those fine margins.

"It was good to have our defence come out on top in some difficult battles but we're striving to be better. We want to score more goals and have more possession of the ball and we're working hard at that but we still think we're a work in progress. 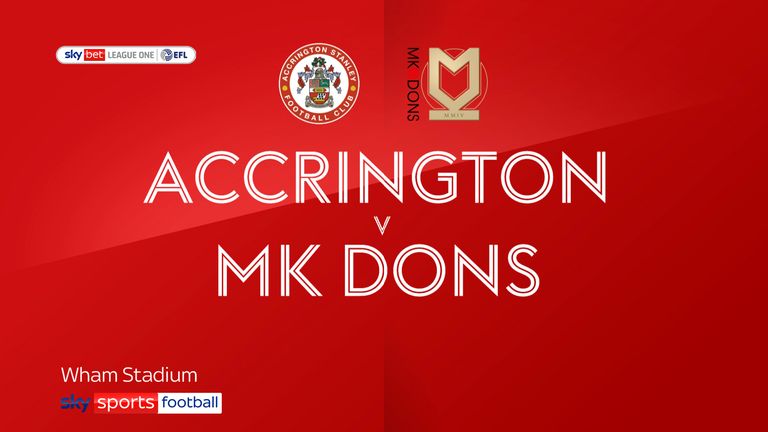 "It [improving defensively] was something that we discussed among the staff and it was very much in the forefront of our minds for recruitment as well. But you've got to improve all over the park and conceding goals doesn't always equate to having a better defence.

"You attack as a team and defend as a team and if you can keep the ball at the other end, you can handle the ball better and have less defending to do. It's very much a team approach."

In a separate interview with Sky Sports earlier this year, Coleman made the bold claim that Accrington had "one more promotion in us, believe it or not".

And now, having seen a club of similar stature in Wycombe achieve the unachievable and reach the Championship for the first time in their history last season, the longest-serving manager in the third tier has fresh impetus.

"We spoke about that to the players on the first day of pre-season," he continues.

"What we are trying to get over to our lads is that a couple of years ago we were fancied for relegation and we won League Two, quite comfortably in the end. The three teams who went up with us, Luton, Wycombe and Coventry, are all in the Championship.

"We finished above all of them and they haven't had that great a turnover in players so there's no reason we can't replicate them as well."

Ahead of Tuesday's trip to Gillingham, Accrington sit 10th in the League One table, three points outside the play-off places, six behind the top two and with three games in hand over several of their competitors. With his years of experience, though, Coleman knows this story is far from told.

"We always try and do our best because we've been underdogs for years," he says. "People think games in hand equate to points and that always makes me smile. That's not the case. A lot of the time, games in hands can just damage your goal difference.

"We're weren't the only club who've been involved in this Covid situation, though we probably got hit the hardest and I think it might take its toll on us towards the end of the season when we're playing catch-up on the games.

"A lot of new players have come in and they are still getting to know each other but we've played 14 games so we're only a quarter of the way through. We're still learning each other's ways but we're certainly striving to get better."