The 2020/21 Scottish Premiership season is set to start in August as part of a new deal with Sky Sports that will include 'virtual season tickets' for top-flight clubs.

The Scottish Professional Football League [SPFL] and Sky Sports have agreed terms that provide a framework for the top flight of Scottish football to resume at the start of the month.

From August, Sky Sports will be the only broadcaster to offer live coverage of the SPFL with 48 games available on the new home of Scottish football, as Celtic aim to make history and win a 10th consecutive title.

The return of a new season in Scotland at the beginning of August would follow on from the conclusion of the English Premier League season.

The SPFL and Sky have also agreed to spread the financial settlement for the games unable to be completed in the 2019/20 season across the term of the new five-year contract, providing security and financial stability to the competition and its clubs.

SPFL chief executive Neil Doncaster said: "This is an innovative and pragmatic solution to the challenges posed by Covid-19 and I'm grateful for the flexibility shown by our clubs and by Sky Sports.

"This agreement means that any liability for games not delivered during Season 2019/20 has now been settled, on terms that reflect Sky's status as a committed partner and supporter of Scottish football." 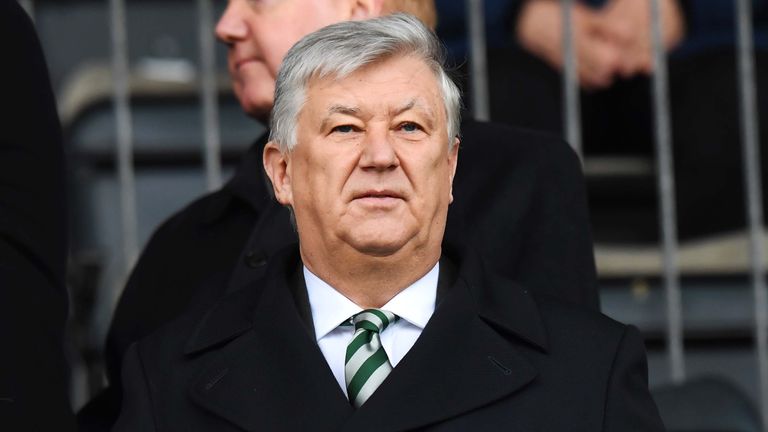 Until we can welcome our fans back, we want our fans to stay as close to the club and be part of everything we do. It is imperative we cater for the needs of our supporters. These proposals are great news.

Rob Webster, managing director of Sky Sports, said: "Sky Sports is proud of our long-standing relationship with Scottish football and we have been committed to finding a positive solution for the SPFL and clubs. The virtual season ticket for the 2020/21 season is an innovative way to maintain the connection with fans and provide economic stability for the clubs, and we are very happy to support it.

"The new season promises to be a unique experience for the Scottish Premiership and our approach is to be as flexible and supportive of the clubs as we can be in these unique times."

Celtic welcomed the initiative and will reveal their own specific access arrangements within the coming days.

Hoops chief executive Peter Lawwell said: "Until we can welcome our fans back, we want our fans to stay as close to the club and be part of everything we do.

"It is imperative we cater for the needs of our supporters. These proposals are great news.

"The access will be available while social distancing measures prevent fans from attending matches and will mean that our season ticket holders, exclusively, will be part of every SPFL home game."

The official Rangers supporters' group, which is also one of the club's biggest shareholders, also issued a tweet confirming that season ticket holders will be granted "complimentary access" to all home games streamed via RTV.

Celtic were crowned Scottish Premiership champions for the ninth successive season after the SPFL opted to curtail the current campaign in mid-May.

That decision also meant Hearts were relegated to the Championship for the second time since 2014.

As with the Championship, League One and League Two, final season placings in the Premiership were determined by points per game in league matches played to March 13 by each club.

Neil Lennon's side held a 13-point lead over Rangers when the season was suspended, having played one more game.