Celtic's Jozo Simunovic could be out until January, says Neil Lennon 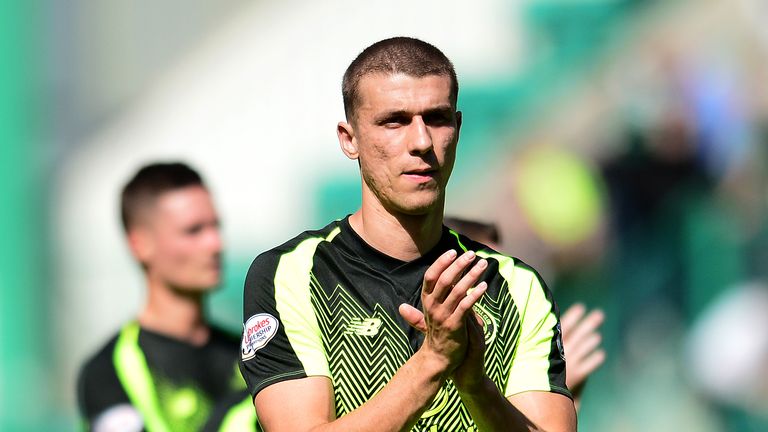 Celtic defender Jozo Simunovic could be out until January following a clean-up of his knee, according to Neil Lennon.

The 25-year-old Croatian has been out of action since the Hoops' 2-0 victory over AIK on August 22 in a Europa League qualifier.

Ahead of Celtic's trip to Hibernian on Saturday, Celtic boss Lennon said: "You are probably looking at three to four months.

"It was a clean-up and he knows what to do for his rehab and we are just discussing if he can go away for a few weeks and do his rehab at home.

"He is okay, [but] it is a blow for us and the player. He felt it was a necessity and thankfully it is not a micro-fracture again, which is a serious operation where you are out for six to eight months.

"Obviously we have to tread carefully on his rehab - the sooner we get him back the better."

Lennon: Only good memories of Hibs

Celtic head to Hibernian on Saturday having won all six of their Scottish Premiership games so far, while Hibs will be desperate for an upturn in form after a poor start to the campaign.

Lennon will return to Easter Road for the third time since leaving Hibernian by mutual consent in January after he was suspended following an exchange between himself and several club employees.

Asked if he had any resentment towards his former club, Lennon replied: "Resentment? No, I've only got good memories of Hibs.

"It's a great club with a great fanbase and I had a great time there. There's very, very fond memories of my time there as manager. I made good friends, there's good people there and I had a really good time.

"There are some cracking players there, some have gone on to do really good things and are doing good things in their careers. I've got nothing but good things to say about the club. 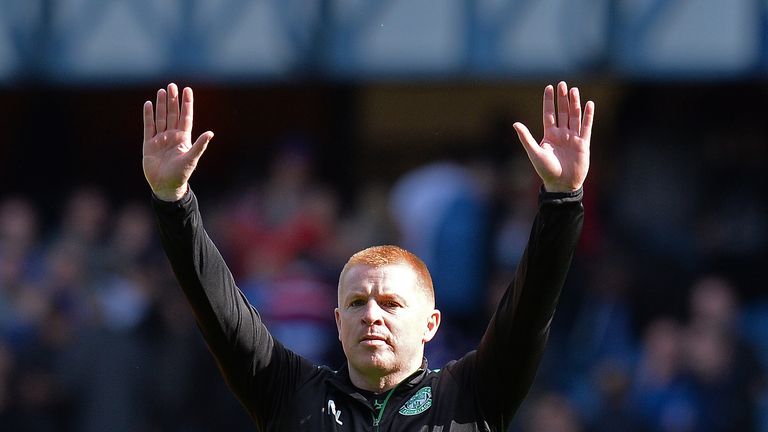 "I always liked Hibs as a club anyway before I got the job and then I reinforced that feeling during my two-and-a-half years there as a manager.

"When a manager leaves a club it very rarely ends well but that's just a small part of a far bigger picture of good things."

Griffiths could be a doubt for Scotland

Striker Leigh Griffiths remains out with an ongoing thigh strain as well as a virus, which could leave him a doubt for Scotland's upcoming European Qualifier double-header against Russia and San Marino.

Griffiths' last appearance for Celtic was as a substitute against Hearts in August and he was left out of Steve Clarke's squad for the games against Russia and Belgium earlier in the month.

Lennon said: "Not only has he got a thigh strain, he has a bit of a virus at the minute. I would love for him to be in the Scotland squad but he has not played much football recently so that will be Steve's call."

Lennon was speaking at the club's training ground just after it was announced that the league leaders will play Hibs in their Scottish League Cup semi-final at Hampden Park on November 2 - with a 5.30pm kick-off.

"It will be a different routine for the players in pre-match but we will cross that bridge when we come to it. It is a strange time for kick-off but I have no issues with it really."