Scott Brown: Celtic captain says he needed to be 'selfish' about his future after deciding to join Aberdeen

The midfielder has revealed Celtic offered him a one-year contract extension which he turned down; Brown will leave the club to join Aberdeen in a player-coach role at the end of the campaign; Celtic face Falkirk in the third round of the Scottish Cup on Saturday 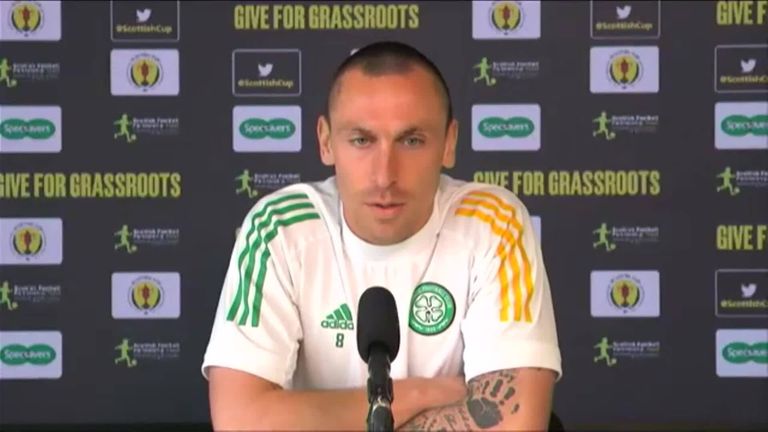 Scott Brown reveals he turned down a new contract at Celtic before joining Aberdeen as a player-coach.

Scott Brown says he needed to be "selfish" in terms of his decision-making after agreeing a deal to join Aberdeen in the summer in a player-coach role and rejecting Celtic's offer of a new contract.

The 35-year-old announced in March that he would be departing at the end of the campaign to join the Dons on a two-year contract, which will conclude his long and successful stay at Parkhead.

Brown has revealed that uncertainty surrounding his future at Celtic was key in choosing a new challenge at Aberdeen, while working under their manager Stephen Glass also represented an attractive opportunity with the midfielder eyeing a future career as a head coach.

Ahead of the club's clash with Falkirk in the Scottish Cup, in his first media appearance since announcing his departure from Celtic, Brown said: "I got offered another year at Celtic, it was a hard situation because it would have to [have meant] sitting and waiting until the end of the season to see who comes in.

"To have that fresh start with someone who I trust and respect fully, and maybe sit in at Celtic until the end of the season not sure what to do or who is coming in... that played on my mind as well.

"I've got to look at the selfish point of view as well. I can't just go in the dressing-room and believe that I'm the guy to play football. Aberdeen offered me a two-year deal and it was an offer that I couldn't turn down.

"I'll be 36 in the summer but I still feel good. For me, it's about being part of that coaching staff to learn as much as I can under Stephen, and work towards my goal of being a manager one day down the line. 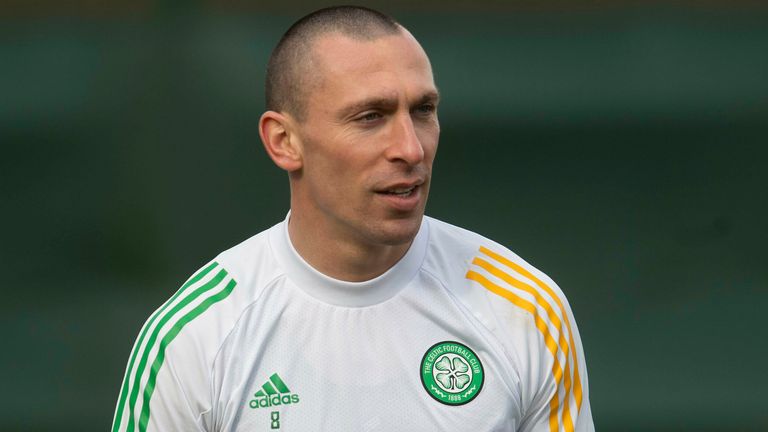 Brown says it will be an emotional moment when he plays his last game for Celtic after 14 years at the club, as he prepares for a 'fresh start' at Aberdeen

"I'm really looking forward to the challenge next season and working with Steven and the backroom staff but also playing as well. It's the road I want to go down and I'm not getting any younger.

"He [Stephen Glass] is a fantastic coach and he's someone I knew very well. Aberdeen is a great football club."

After his decision to leave the club became public knowledge, Brown received tributes and well-wishes from a number of people associated with Celtic for his service over 14 years. 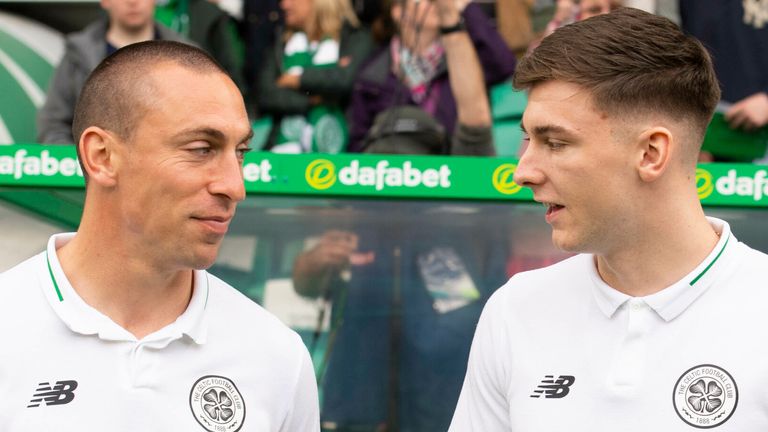 Former Hoops left-back Kieran Tierney described Brown as a club legend, while ex-Celtic and Aberdeen defender Jackie McNamara believes Brown could return to Parkhead as a manager one day.

Brown has won 23 major honours during his career at Celtic and is one of the most decorated players in Scottish football history. He admits saying goodbye to his Parkhead colleagues will be "emotional."

"I'm looking forward to playing between now and the end of the season and playing as many games as possible, hopefully getting to another cup final as well," he added.

"I've had 14 fantastic years at this club and I've enjoyed every single moment of it. It's been a wonderful career for myself.

"It'll be emotional times when I do finish up but it's a fresh start for myself, it's something I've looked to get into and I'm looking forward to the challenge ahead.

"We've got a huge game at the weekend. We need to make sure we have a good performance and result at home. It's good to get all the lads back after the international break as well."

Interim manager John Kennedy has conceded that he feels disappointed Brown rejected Celtic's attempts to keep him at the club for another year, but admits it is understandable for him to want a new challenge given the point in his career and the player's coaching ambitions.

A change in high-profile personnel is afoot this season with Brown set to follow Neil Lennon in exiting the club. CEO Peter Lawwell will also make way for Dominic McKay - the chief operating officer of Scottish Rugby - in the summer.

"I'd love to keep him [Brown] at the club because he's been such an important figure for such a considerable period of time," Kennedy said.

"He's had huge success and feels like he's still got more in the tank but he's seen things differently in terms of a new challenge that he wants to take on and we have to respect that.

"It's probably not quite sunk in yet because he's not left yet, but only because he's an important figure and will be between now and the end of the season.

"Scott's not the type to let this affect him or anyone around him so he's been his usual self.

"It's obviously disappointing for us in terms of the way he's seen things and the decision he's made and what he's taken on himself."

Ahead of Celtic's clash with Falkirk, Kennedy confirmed that James Forrest is in contention to start on Saturday after returning to training and making appearances as a substitute against Dundee United and Rangers, following a lengthy spell on the sidelines with an ankle problem.