Steven Gerrard has praised new signing Glen Kamara as a "class act" and says he will keep improving after an impressive showing in the Scottish Cup win over Kilmarnock.

The Rangers boss was delighted with how the Finland international fitted into the line-up during Wednesday night's 5-0 win at Ibrox as they moved into the Scottish Cup quarter-finals.

Kamara's part in the victory was left in the shade as the headlines were stolen by Alfredo Morelos's four-goal haul but his performance did not go unnoticed by Gerrard.

"He gave you all an indication of what he can do on Wednesday," Gerrard said. "I obviously knew the player and what you saw against Kilmarnock is why we wanted to bring him in this summer. Thankfully we've been able to bring him in early.

"He was a class act the other night, I thought he was superb from start to finish. Without Alfredo's goals he would certainly have been man of the match.

"It was nice to see midfielders taking the ball off the guys at the back and making us tick. Glen connected the game really well.

"He was also very aggressive out of possession and that's where I believe he can keep improving and moving forward and become an even better player than he is now."

Kamara's drive will be crucial if Rangers are to break down a Hamilton side fighting relegation on Sunday and Gerrard is expecting no favours from Brian Rice's men.

He said: "They have been playing a back four, while previously when we played Hamilton they had a back five. But, normally against the big teams they seem to go to a back five. We will wait and see, plan for both and see what faces us. 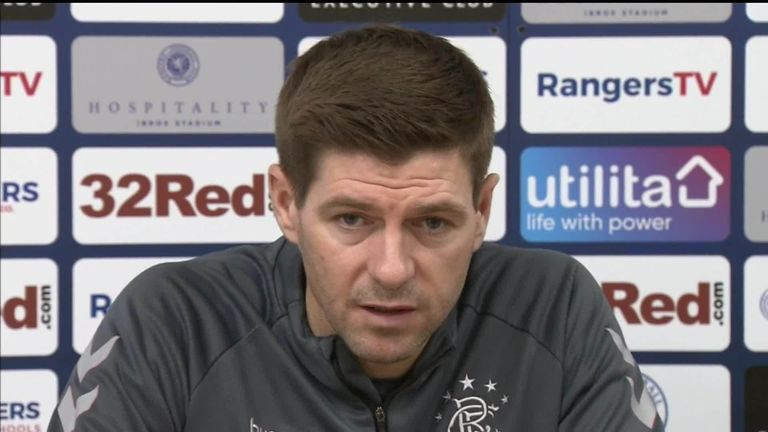 Gerrard says 'unacceptable behaviour' by fans is not welcome at Rangers, following Kilmarnock manager Steve Clarke's claims that he was subjected to sectarian abuse during the match between the sides

"But for me, the focus has got to be on us and we want to try and build on the positives from Wednesday night and go in with the same intensity and the same hunger to try and get the three points at the weekend.

"It will be a tough game - they will be stubborn and they will be organised. They seem to have given the new manager a reaction so we will certainly have respect for Hamilton."