Tuchel on Neymar's trip: "Am I happy with this trip? No, not at all." 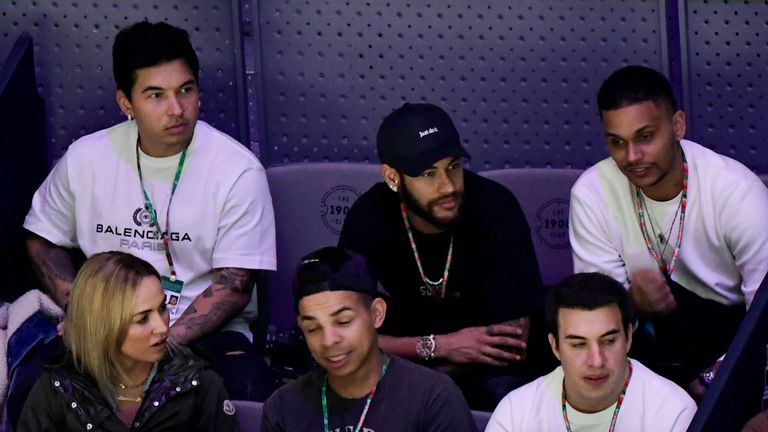 PSG head coach Thomas Tuchel says he is unhappy about Neymar's decision to attend the Davis Cup in Madrid.

The Brazilian striker has been out of action with a hamstring injury since the start of October and made the trip to Spain during the recent international break as a guest of former Barcelona team-mate Gerard Pique.

It was a decision which disappointed Tuchel, who said: "What can I do? I'm not his father. I'm not the police. I'm the coach.

"As a coach, am I happy with this trip? No, not at all, it's clear. Is this the time to get mad? No, no, it's not the moment. He was very professional here for two weeks. He did more than the others."

He added that the Brazilian striker is in contention for a return when PSG host Lille in Paris on Friday evening.

"He has trained with the group, he has individual work. And if everything goes well, he can play tomorrow (Friday). We have to decide if he will start the game or be a substitute.

"He will bring his quality and be decisive. If he plays for us, we are more dangerous in front of goal and he is a decisive player. He gives this for the team and it's necessary if we want to keep winning."

PSG have an eight-point lead at the top of Ligue 1, they face fifth-placed Lille on Friday night before taking on Real Madrid in the Champions League on Tuesday.

"That's not the good way to prepare for a Champions League match.

"Lille are also a team that plays in the Champions League. It's hard to play against them. It's a team with a lot of speed and who uses counter-attacks.

"It is necessary to stay focused and always remain focused to control the counter-attack and the game."