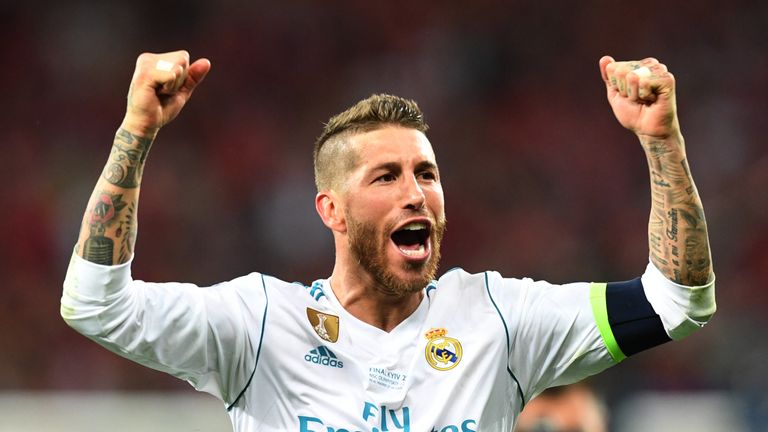 Sergio Ramos has taken a swipe at Jurgen Klopp's record in finals as the war of words over last season's Champions League final continues.

Real Madrid captain Ramos was at the centre of controversy during the May decider in Kiev after tangling with Liverpool's Mohamed Salah, who subsequently left the field injured.

It also came to light after the game there had been a clash between Ramos and Liverpool goalkeeper Loris Karius, who was later found to have suffered a concussion.

Liverpool boss Klopp referred to Ramos' actions as "ruthless and brutal" in an interview over the summer and was again critical of the Spaniard last week.

Ramos was asked about these comments as he spoke to media ahead of Real's UEFA Super Cup match against Atletico Madrid in Tallinn on Wednesday.

He said: "I have given my opinion on the matter. I have no intention of hurting a player deliberately.

"He will be wanting to explain not winning the final, but it's not the first that he has lost.

"Some of us have been operating at a very high level for many years - not sure he can say the same. Let Klopp worry about his own players."

Liverpool were beaten 3-1 by Real. It was the sixth time Klopp, the former Borussia Dortmund boss, had lost in seven finals contested as a manager.

Ramos added: "When we voted on the best managers I voted for him, so he can relax."