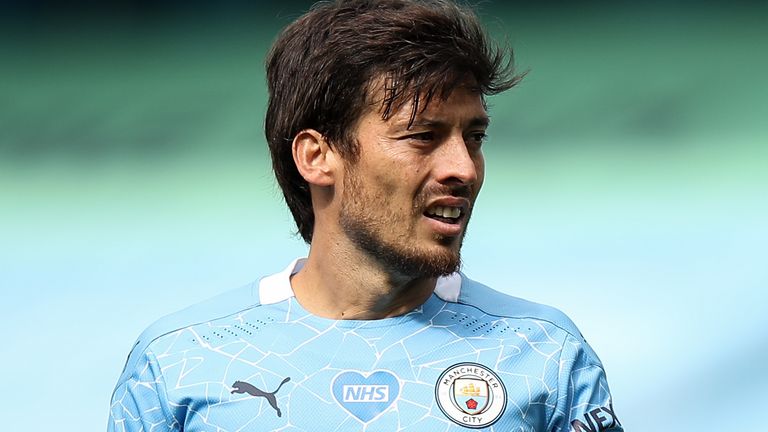 David Silva has joined Real Sociedad as a free agent on a two-year deal after his Manchester City contract expired.

Lazio were confident of reaching an agreement to sign Silva, according to Sky in Italy, and offered the 34-year-old a three-year deal worth €10m (£9m) a year.

However, the Spaniard has opted to join Sociedad - who finished sixth in La Liga last season - a decade after he swapped Valencia for Manchester City.

Silva's decision has not gone down well in Rome, with Lazio releasing a terse statement from their sporting director Igli Tare on Tuesday.

Tare said: "I've heard about David Silva's transfer to Real Sociedad. I have huge respect for the player but not for the man."

The midfielder left City after 10 seasons at the club, where he won 11 major honours including four Premier League titles. 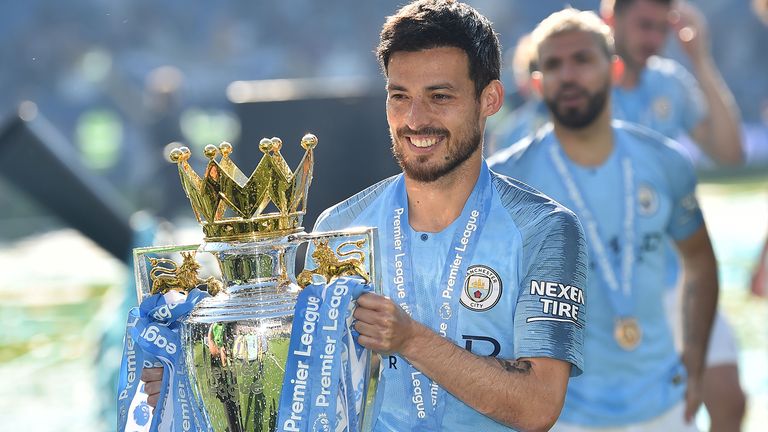 The 34-year-old bowed out after City's Champions League exit to Lyon on Saturday, coming off the bench in the 3-1 quarter-final defeat.

City announced on Monday Silva will be honoured with a statue outside the Etihad Stadium in recognition of his service.

"The time has arrived. Ten years and 13 titles later, it's time for me to say goodbye to the club that has left an indelible mark on my life and career," Silva said on Twitter on Monday.

"I look back and it's clear I could not have made a better decision than to accept City's proposal to join their project back in 2010.

I hope that City will achieve even bigger triumphs in the future. I am going to support the team from a distance. I am so happy I have shared these unforgettable moments with the City family

"Manchester City and I have grown together. In 10 years, I have developed personally and professionally. I have celebrated many victories and titles and lived through epic moments.

"I have seen my lovely child, Mateo, born and I have even started to feel comfortable under heavy rain!

"City are a fantastic family. I won't ever forget the way they threw themselves into helping me when I suffered the hardest moments of my life, offering me support and empathy.

"Precisely because of that I want to tell you it has been a real pleasure wearing the sky blue shirt and the captain's armband of our club, sharing the dressing room with the best players and coaches in the world, and working closely with the finest club representatives and board members the game has to offer.

"And on top of that, all the time I had the backing of the amazing fans who have supported me always, through good and bad moments. You are really amazing.

"I hope that City will achieve even bigger triumphs in the future. I am going to support the team from a distance. I am so happy I have shared these unforgettable moments with the City family - you will always be in my heart.

"I want to send every Cityzen a huge hug."

"David Silva was probably City's first world-class player in my lifetime. When he and Sergio Aguero came from Spain, I thought they would last two or three years. You could see the talent, but I did not think they would commit to the city like they have done. They are absolute professionals and what they have achieved on the pitch is outstanding.

"I think back to three seasons ago and that first Pep Guardiola title win. It was Silva and Kevin De Bruyne in front of Fernandinho - I knew they could play; I did not know those two could defend. The work ethic that season, it took my thinking to another level.

"If anyone wants to go back and watch outstanding, world-class players playing in midfield who wouldn't ordinarily be classed as central midfielders doing that role and doing both sides of the game equally well, it was that season."