But German giants Bayern have completed a deal for the Portuguese player, who will move to Munich in the summer for an initial fee of £27.5m (35m euros).

We take an in-depth look at Bayern's new signing

And they have also bolstered their defence with the acquisition of Dortmund's German international centre-back Hummels on a deal until 2021.

Speaking of the Sanches transfer, Bayern chief executive Karl-Heinz Rummenigge said: "Renato Sanches is a dynamic, technically-gifted midfielder who is strong in the tackle and will strengthen our squad."

And on Hummels, Rummenigge added: "Mats is one of the world's best centre-backs. He will increase the quality of our team even more."

Sanches signed a new contract at Benfica in November, which contained a release clause which would be triggered by a transfer offer of £35m (45m euros).

Barcelona had also been reported to have been interested in the player, seeing him as the long-term replacement for Sergio Busquets. 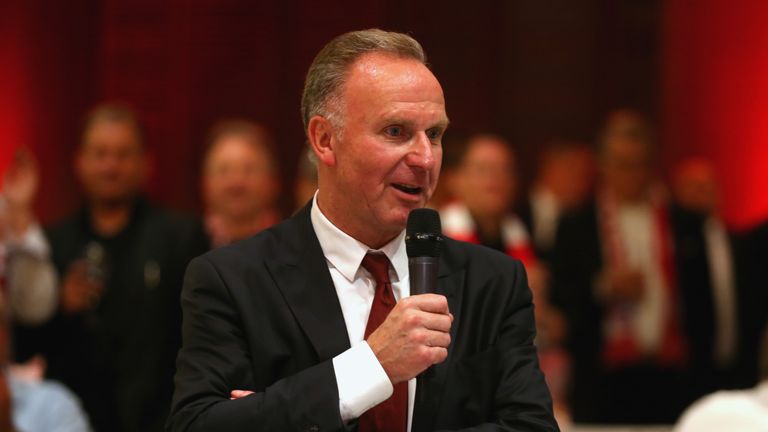 Renato Sanches is a dynamic, technically-gifted midfielder who is strong in the tackle and will strengthen our squad.

Bayern deputy chairman Jan-Christian Dreesen commented: "The transfer fee for the current international, who was voted the Shooting Star of Portuguese Football in his home country yesterday evening, is 35m euros, plus possible bonus payments that could become due if for example the player is named in the World Team of the Year or FIFA World Player of the Year."

Hummels, 27, had one year left on his contract at Dortmund, who had placed a "non-negotiable" price tag of £31.5m (40m euros) on the 46-cap international. Hummels came through the Bayern youth system before being transferred to Dortmund in 2009.

He had informed Dortmund recently of his desire to leave them this summer, a year before his contract in Westphalia was due to expire, and return to Munich.

He told the club's website: "This was not an easy decision for me after eight and a half successful years with BVB.

"I was always proud and still am to wear the BVB shirt and to be part of this extraordinary team."