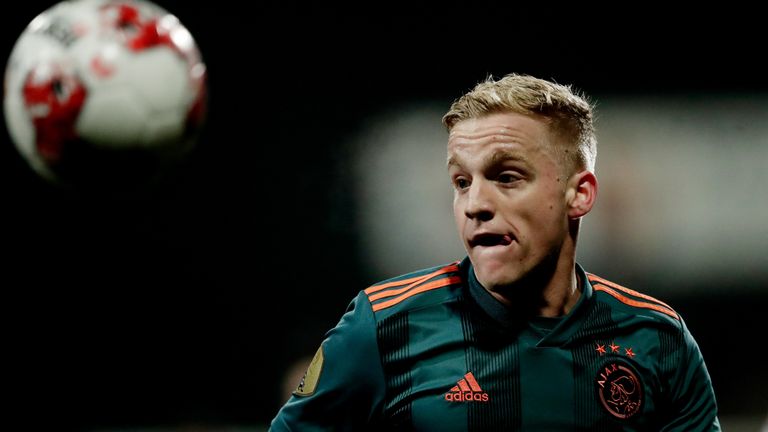 Ajax midfielder Donny van de Beek is set to leave the club in the summer and will consider a move to the Premier League.

Ajax midfielder Donny van de Beek is expected to leave the club this summer and will consider a move to the Premier League.

The 22-year-old has dismissed the possibility of leaving last season's Champions League semi-finalists this month.

But Van de Beek would be open to the possibility of a transfer to the Premier League, should a formal offer be made at the end of the season.

Van de Beek's representatives have been in talks with a Netherlands team scout over his best position, but discussions have yet to take place with Manchester United or another Premier League club.

Real Madrid are interested in signing him, but no deal has been agreed and clubs have been told he isn't expected to leave Ajax until the summer.

"It is not that I can or want to do something at the moment," Van de Beek told FOX Sports Netherlands after Ajax's friendly against Club Brugge in Qatar.

"I have said it before, and I will say it again: I will remain at Ajax this season. And maybe next season as well.

"These reports about Real Madrid or Man United are a good sign, but it is not important now. I've said I will stay at Ajax and I will do so for 100 per cent."

Ajax finished in third place in their Champions League group this season, a point behind Valencia and Chelsea, and will face Getafe in the last 32 of the Europa League.