Report as Mohamed Salah and Sadio Mane fire Jurgen Klopp's side to impressive last-16 away victory in Budapest; Alisson keeps his first clean sheet for Reds in nearly a month

Liverpool broke a run of three straight defeats and put one foot in the last eight of the Champions League with a 2-0 victory over RB Leipzig.

In the first leg of a last-16 tie taking place in Budapest due to German authorities not allowing any foreign teams to enter the country, Liverpool hit their opponents with a quickfire double after half-time with Mohamed Salah (53) and Sadio Mane (58) punishing some inexplicable defending from the Bundesliga side.

It looked to be a tricky encounter for Jurgen Klopp's men against a Leipzig side that had already beaten both PSG and Manchester United on their way to the knockout stages, but they met a Liverpool side full of energy in midfield and ruthlessness in attack.

Leipzig will travel to Anfield for the second leg on Wednesday, March 10.

In a meeting between two of the greatest football minds to have come out of Germany, Julian Nagelsmann and Klopp both sent their teams out to play with aggression and press high. It resulted in a very watchable encounter in the early stages with the Germans almost opening the scoring after just five minutes but Dani Olmo's header from an Angelino cross smacked back off the post.

From that moment, Liverpool took over, pressing high and restricting Nagelsmann's side any space in midfield with Thiago and Curtis Jones snapping into tackles all over the pitch. Trent Alexander-Arnold was back to his creative best down the right, providing a wonderful pass to Salah on 14 minutes but the finish was palmed clear by Peter Gulacsi.

Mane headed over from eight yards when well found by Roberto Firmino on 24 minutes before Andrew Robertson came within inches of scoring a spectacular lob from 40 yards after Gulasci's clearance dropped to the Scotsman. Firmino had the ball in the net minutes later when heading home from a Mane poked cross from the by-line but the ball had just crossed the line and was spotted by the assistant referee.

Like the first half, Leipzig started with great intent early in the second half with Christopher Nkunku racing through on goal, but Alisson made a big block to keep the scores level.

Liverpool then hit Leipzig with a quickfire double to turn the tie firmly in their favour.

Marcel Sabitzer - usually so reliable with the ball - played a lacklustre ball back to Lukas Klostermann which turned into a perfect through ball to Salah, who was alive to the danger. He galloped through on goal and finished in his usual clinical nature, taking his tally for the season to 25 goals in all competitions.

Leipzig then crumbled defensively in similar fashion to the way Liverpool did at Leicester on Saturday. Nordi Mukiele had looked in panicky mood all night up against Mane and misjudged a long ball forward which allowed the Liverpool winger to race through on goal, just like Salah a few minutes earlier. The result was almost identical as he stayed cool and made it 2-0 with a neat finish.

Nagelsmann's side knew they needed a goal to give them some hope in the return leg but only a couple of long-range efforts from Angelino and Sabitzer really threatened Alisson's goal, although Hwang Hee-Chan clipped an effort inches wide in stoppage time.

This was a much-needed clean sheet for Alisson and his defence - Liverpool's first in eight matches - and an equally vital result for Klopp, whose side showed that a second Champions League title under his watch remains a possibility.

Nagelsmann will have noted a potential weakness in Alexander-Arnold's ability defending one-on-one situations and would have been hopeful Angelino could exploit that. However, the former Manchester City man did not test the England full-back defensively and failed to stop his clever movement and passing down the right flank.

It was a performance dripping with quality as his relationship with Salah especially caused the Germans so many problems. He made four key passes - all in the first half - and can count himself unfortunate not to have added to his assist tally.

"There were some big performances for Liverpool this evening that will surely stand them in good stead going forward. After his recent difficulties, Alisson played a huge role in the victory, while Alexander-Arnold produced one of his best displays of a difficult season.

"Salah has been as reliable as ever and there was little doubt he was going to capitalise on the error that put him clean through for the opening goal, but it was important for Mane to score that second. Are the key men in form again for Klopp?" 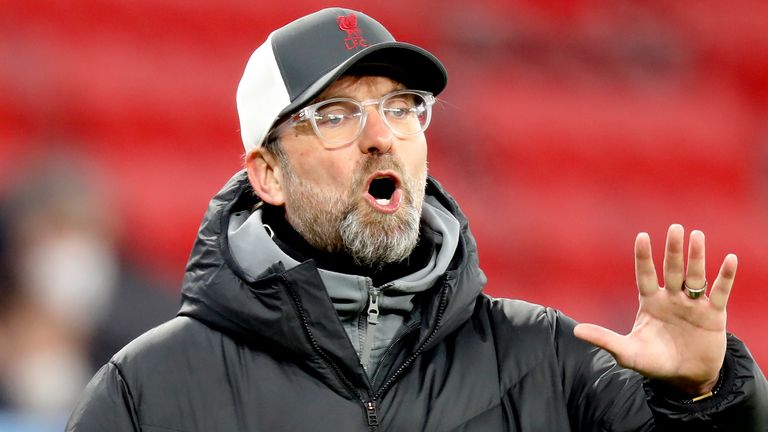 Jurgen Klopp said: "Leipzig can be a real monster. The way they play in the Bundesliga, they overrun teams and can be really physical, they are good at everything. Tonight we controlled them in an exceptional way - they had their moments due to their quality but we played a really good game. We got the result we deserved.

"We defended situations really well when we won the ball and we found direction when we got the ball. The second goal is a really difficult ball for the defender to defend when the ball is arriving in this manner. You need a bit of luck but Sadio was there. For the first goal, we pressed them really good and won the ball. On the whole, we defended really well, got good ball recoveries, and executed attacking transitions.

"You can't build mentality giants in one game - tonight we were good and we deserved to win but it's only the first leg. A lot of people were waiting for us to slip again and tonight we didn't. I'm really happy.

"We were really good for two years and this year we've had some problems. It's absolutely normal that the talk started, it's absolutely normal, it's fine. A lot of people would have expected us to slip again just because of the situation we're in and we didn't. That's what I'm really happy about."

Klopp's side have a Merseyside derby to look forward to on Saturday, when Everton make the journey across Stanley Park - a game live on Sky Sports (kick off 5.30pm).