Jadon Sancho: The unstoppable rise of a teenage phenomenon

Sancho made his England debut against Croatia and could face Spain

Jadon Sancho is an extraordinary talent with the ambition to match. Nick Wright speaks to his youth coaches about the traits which have driven the 18-year-old's unstoppable rise to the top.

Jadon Sancho was just 13 years old when he told his youth coach in Watford's academy exactly what he wanted to achieve in his career. "I asked him, 'What's the dream?'" Louis Lancaster recalls to Sky Sports. "He looked me in the eye and said he wanted to play for one of Europe's top clubs and represent his country to make his family proud."

Lancaster was taken aback by his response but Sancho has wasted no time in fulfilling those ambitions. In the space of just five years, he has gone from Watford's youth ranks to Borussia Dortmund's first team via Manchester City. Last year, he helped England's U17s win the World Cup in India. On Friday, he made his senior debut against Croatia.

It was another landmark moment in a burgeoning career. Sancho showed glimpses of his vast potential after taking the bold decision to swap Manchester for Dortmund last year, but this season he has been irrepressible. Across Europe's top leagues, no player has provided more assists. Sancho has amassed six in just 215 minutes of Bundesliga action.

Sancho's journey to the top has been as direct as one of the devastating dribbles which have delighted Dortmund fans this season, but it started long before his move to Germany. Sancho was seven when he began training with Watford. At 12, he left his south-London home to board at the Harefield Academy in Uxbridge in order to focus fully on his football.

"Jadon was actually an U14 when I met him, but Watford had made the good decision to move him up an age group, which is why he was with my U15s," says Lancaster. "He was a phenomenal talent, but he was always a little bit smaller. Playing up a year helped him develop his technique quicker because otherwise he knew he would be knocked off the ball." 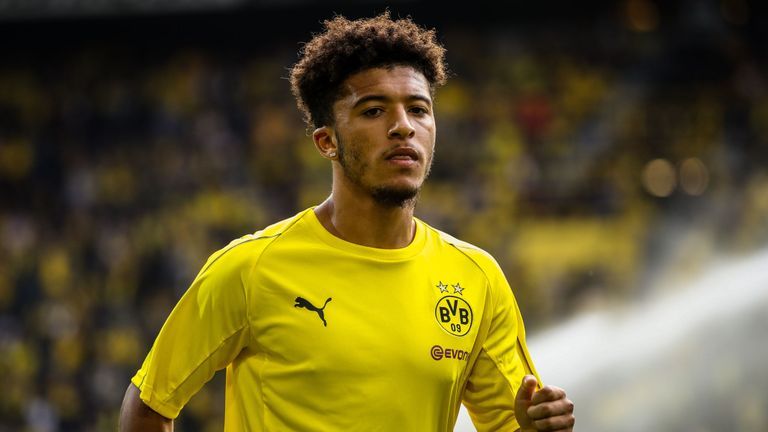 Sancho was a street footballer whose extraordinary skill and flair was being talked about in coaching circles before he had even hit his teens, but to everyone in Watford's academy, his character marked him out just as much as his talent.

"Jadon was someone who needed to be challenged," says Lancaster. "Some boys are scared of moving up a year, but he embraced it. That was one thing that separated him from the others. As a coach you can measure how many passes they make, how many shots they take, how far they run, but it's the immeasurable qualities that make the difference.

"Every player wants to play at the highest level, but what are they really willing to do to get there? How much desire do they really have? A lot of kids would say they would move north and play for Manchester City at 14, but would they really? Would they then go to Germany? These are the qualities you can't measure but they are what I admired about Jadon."

For Sancho's coaches, setting the appropriate challenges for such a determined and ambitious young player could be a challenge in itself.

"We played one v one, two v two, three v three and so on, and if there was an odd number we would play with a magic man who played on both teams," says Lancaster. "I scrapped that with Jadon, so we would play six v seven, or even four v seven. He thrived off it. 'What, there's four of us to beat seven of you? Okay, let's do it.' Not all players respond like that."

All the while, Watford had to be careful to ensure they did not curb Sancho's natural instincts. The youngster may have possessed steely determination, but he was still a flair player who wanted to enjoy himself. "All he was interested in was forward play," says Lancaster. "He obviously had things to do out of possession, but he just wanted to score and create goals."

It was a question of creating the right environment for those qualities to flourish. 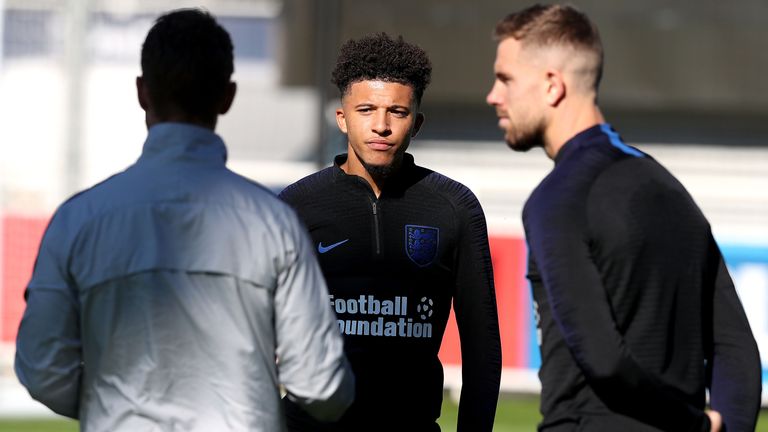 Jadon Sancho admits his senior England call-up was a surprise

"I remember talking to him in training and after 10 seconds I'd find that I would lose him from the conversation, because he just wanted to go and play football and have fun, he didn't want all the coaching talk," says Lancaster.

"For the next month, I told myself I could talk to him as many times as I liked but only for 10 seconds at a time, and every time I talked to him it had to be positive, because he was such a positive character. So I'd say, 'That was a brilliant nutmeg, can you teach it to me?' Then he would run off with that positive message in mind.

"What happened is that after a month or so he started coming to me, because he wanted that positive feedback. So then I upped it to 20 seconds at a time and I would start sneaking in things for him to work on. So I'd say, 'I loved that flip-flap, Jadon, and I also noticed something we can work on in this area, but that skill was incredible'."

The importance of allowing Sancho to express himself is something that resonates with Dan Micciche, his coach in England's U15 and U16 sides and a man who once described him as having the potential to become England's answer to Neymar.

"He is unusual in the sense that he is a winger who can run with the ball at pace and go on both sides, but he is a street footballer," Micciche tells Sky Sports. "He is one of those who needs to be allowed to play to his strengths because if he is, he can be very effective.

"Do not ask him to do things he is not so good at. When you encourage him to do the things that he is good at, the things that make him love playing football, he will create and score goals. I have seen him do it on a number of occasions in a lot of big games."

That ability to deliver at key moments is another trait which first became apparent at Watford.

"Every coach is fascinated by different players," says Lancaster. "I know some who really like defenders, others like passers, but for me, it's the players who can produce moments of brilliance out of nowhere when it comes to the crunch - like a Lionel Messi or a Neymar.

"Jadon always had that. I remember an U15s game we had at Arsenal. It was 1-1, then in the 70th or 80th minute, Jadon got on the ball on the halfway line, took it around two or three players and put it in the top corner. Remember, this was Arsenal. These were top players, but when it came to the crunch, Jadon produced."

Sancho's development accelerated in Manchester City's academy, but the same self-belief that allows him to deliver in those crunch moments soon convinced him that his first-team prospects would be brighter elsewhere. Defying Pep Guardiola was daunting - the move to Dortmund even more so - but with help from his father, Sean, Sancho handled it all.

"He is a young boy with all that pressure on him," says Lancaster, who has worked in China and Taiwan since his time at Watford and remains in contact with Sancho now. "That could have gone to his head, it could have been too much, but it hasn't. It doesn't matter if he's walking out at Borussia Dortmund or playing down at Hackney Marshes, it's the same arena to him."

Therein lies another key factor behind Sancho's rapid rise. He knows how good he is, he has always been aware of what he can become, but he is also humble, and that has never been more important than at Dortmund, where he started out in Benjamin Hoffmann's U19 team before moving up to the senior side last season.

It doesn't matter if he's walking out at Borussia Dortmund or playing down at Hackney Marshes, it's the same arena to him.

"It was easy to introduce Jadon to my team because he was very enthusiastic about playing for us and my players realised very quickly that he was not coming to be the next superstar," Hoffmann said in conversation with Sky Sports in February. "It was more like, 'Okay, I want to win the next match and I want to develop like the guy sitting next to me'."

The truth, of course, is that few young players - even the ones with whom he shares a dressing room at Borussia Dortmund - have developed quite like Sancho. It is only six years since he left the family home in south London to pursue his dream, but through a combination of extraordinary ability and boundless ambition, he is already living it.

"Jadon has been very courageous and he's getting his rewards," says Lancaster. "He has made his own pathway. He moved from the south to the north of England. He moved from England to Germany. And he has produced every step of the way.

"It's easy to sit here and talk about all the coaches and all the family members who have had an input, but really the best players develop themselves from those immeasurable traits that they have. That is what Jadon has done. He has let nothing stand in his way and it has gone exactly as he wanted. You have to take your hat off to him for that."