England face Montenegro on Thursday and Kosovo on Sunday

England face Montenegro and Kosovo in the European Qualifiers this week - but who would make it into a stats-based best XI for England this season?

We checked the Sky Sports Power Rankings to see who has excelled in the stats so far and built a team based purely on form this season - regardless of current fitness or whether they have been selected for the latest squad...

So, here is the stats-based XI in its entirety before we dive into the talking points...

Time for a Vardy recall?

Leicester striker Jamie Vardy tops the scoring charts with 11 goals from just 16 shots on target, equating to a career-topping 48 per cent conversion rate in the Premier League - in addition to a career-high 70 per cent shooting accuracy.

The 32-year-old retired from international duty at the start of last season but his scintillating form has prompted Southgate to suggest that decision could be reversed.

"We know his quality," said Southgate. "I have always left that opportunity open. I don't see the point at this moment in time because the conversation I had with Jamie was around looking at younger players in that position. 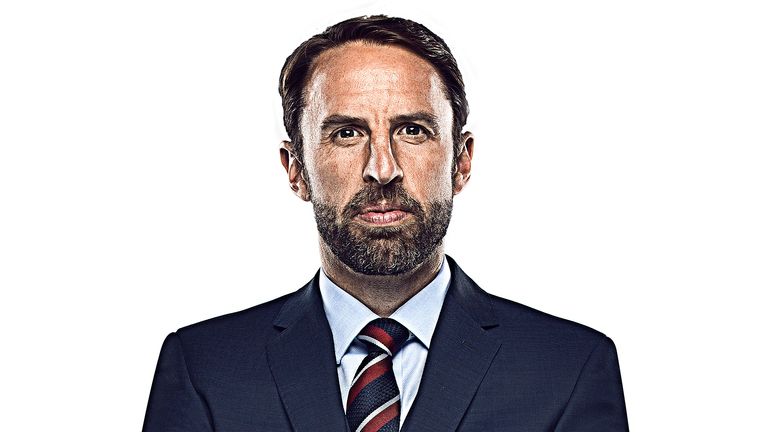 "It isn't one for now but we keep monitoring that because you have a ready-made experienced player who could come in if we felt that was the right thing."

But with just just seven months until the European Championships kick off, would it be wise to bring Vardy back into the fold sooner rather than later?

James Maddison has been in chart-topping form for two-and-a-half years now. He won the Championship Power Rankings with Norwich in 2017/18 before joining Leicester for £20m and has not looked back.

Since that move, no player has created more chances in the Premier League - not even Eden Hazard last season. A senior England debut seems overdue and the 22-year-old will be hoping to break his duck this week.

Jack Grealish pledged his allegiance to the Three Lions four years ago, having represented the Republic of Ireland at youth levels, while Tottenham have made multiple attempts to prise him from Villa Park.

This season, Grealish has been key to Villa's success in the Premier League with three assists, two goals and unrivalled ball-carrying skills. No player has been fouled more, while a quarter of those fouls occurred in the attacking third.

His inclusion in the stats-based team supports the growing call for an inaugural call-up, but competition for England's creative midfielder is hotting up, with Mason Mount, James Maddison and Ross Barkley in the mix.

Speaking on Kings of the Premier League, Sky Sports pundit Jamie Carragher revealed he expects a "great battle" to emerge among that group of players.

"A lot has been made about him and England since he first got in the Villa team. I think Maddison has got that place in the squad, and he's not in the team.

"So it looks like Maddison has taken the creative position in that squad. Eventually this will be a great battle, with Ross Barkley in there also."

The case for defence

Southgate has stuck with Harry Maguire for some time now and the Manchester United centre-back has partnered Tyrone Mings and Michael Keane in recent months - but none make our XI.

Instead, Burnley centre-back James Tarkoswki earns a recall alongside Chelsea starlet Fikayo Tomori, who is waiting for his first cap after featuring in Southgate's previous squad.

Who is Max Clark?

An interesting name in the side is Vitesse full-back Max Clark. The 23-year-old, who has represented England at youth level, may have gone under the radar but he gets the nod at left-back after a number of impressive performances.

Clark, who had two spells on loan at Cambridge United, started his career at Hull before moving to the Netherlands in 2018.

After breaking into the Hull side under Leonid Slutsky ahead of the 2017/18 season, he turned down a number of offers to stay at the KCOM Stadium at the end of the 2018 campaign.

He eventually departed to join up with Slutsky at Vitesse and he has gone on to play a major role for the Dutch club over the past two campaigns.

This season, Clark, who has a goal and three assists to his name, was instrumental in helping Vitesse keep pace with Ajax at the top of the table, but three straight defeats have seen Slutsky's side fall away in recent weeks.

He has also created 20 chances so far this season and defensively, he's impressed too, with 80 duels won, 12 interceptions and no errors leading to goals.

Ben Chilwell and Danny Rose will be hard figures to dislodge from the current England set-up but it could be well worth a bit of Southgate's time to keep an eye on the Eredivisie and Clark's future performances.

Kieran Trippier is the man in possession at right-back after featuring in England's last two qualifiers against Czech Republic and Bulgaria, but is it time to unleash Trent Alexander-Arnold and give him an extended run in the side?

He has four assists and a goal to his name after notching 16 assists last season and is part of a Liverpool defence that has conceded just 10 goals - a record bettered only by Leicester and Sheffield United.

Trippier may be enjoying somewhat of a resurgence in Spain with Atletico Madrid, but this could be the time to unleash Alexander-Arnold, with his form simply be too good for Southgate to ignore.

Jordan Pickford has endured a difficult campaign in a struggling Everton side, but Southgate jumped to the defence of his established No 1. "All of our goalkeepers make mistakes. That is the nature of the position," he told reporters.

"I thought he played very well at the weekend against Tottenham. His focus was good, his kicking was very good, so you have to balance it when you are judging players, because it is not just a couple of games.

"Generally, with us, Jordan's performances have been excellent as well and that obviously has a bearing on how we view it."

All of our goalkeepers make mistakes. That is the nature of the position

But the stats say Bournemouth youngster Aaron Ramsdale edges Dean Henderson between the sticks, boosted by making more saves than any of his compatriots, with Nick Pope ranking in third - ahead of Pickford.