With debate building around Southgate's squad selection, to be made at some time before June 1, the Pitch to Post Review show analysed the weekend's action; make your 23-man squad selection at the bottom of this article

Who strengthened and weakened their chances of a place in Gareth Southgate's England squad for Euro 2020 this weekend?

With debate building around Southgate's squad selection, to be made at some time before June 1, the Pitch to Post Review show analysed the weekend's action.

Trent Alexander-Arnold turned out to be among the biggest winners over the weekend, putting in a fine performance in Liverpool's 3-0 win at Arsenal having missed out on Southgate's last squad, while Jack Grealish was missing for the seventh straight game with concerns over the Aston Villa captain's shin injury.

Jasper Taylor is joined by Gerard Brand and Roger Clarke to discuss from 47:31 onwards on this week's show, and you can select your 23-man squad at the bottom of this page...

"Trent Alexander-Arnold gave a solid reminder of exactly what he provides, and what his real strengths are. He had that time on the training pitch, away from that pressure of playing for England, just to work on himself. We know he hasn't been at his best this season, but the team's form has been down, too. He's not the only player at Liverpool not hitting the levels we're used to. FREE TO WATCH: Alexander-Arnold set up Liverpool's first against Arsenal with a brilliant cross

"But we know how good he is. It seemed strange that he was left out of the last squad, but that shows the wealth of options Southgate has in that area. When he is on top-form, he probably is England's best right-back, but it depends on what you want from your right-back. There are others who are better defensively, but nobody is better than him going forward.

"If he can hit those levels between now and the end of the season, I'm sure he will be in that squad for the Euros.

"England have so many options in an attacking sense, but what Danny Ings showed this weekend, and what he has shown this season, is that if you are looking for the most like-for-like replacement should anything happen to Harry Kane, he's probably the most similar, and has the most to his game. 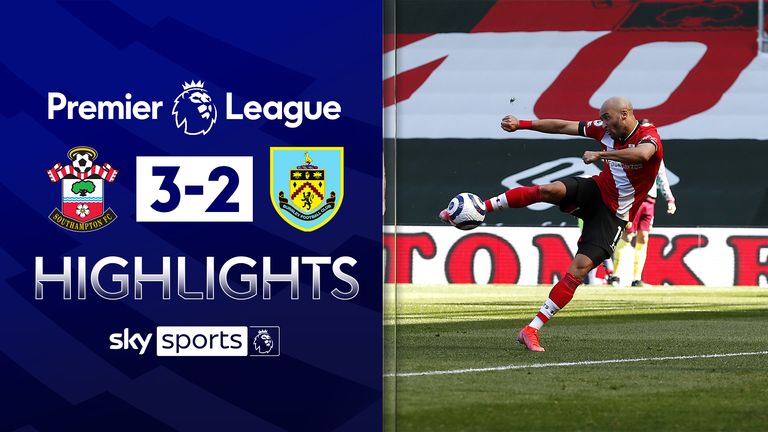 FREE TO WATCH: Ings produced a brilliant finish for Saints against Burnley

"He has a great shot from outside the box, he can score tap-ins, a good header of the ball, and can bring others into play. The goal he scored at the weekend for Southampton against Burnley was superbly taken.

"Also for Southampton, James Ward-Prowse has been so consistent, and as long as he keeps doing what he's doing, he'll be in the frame. To be an influential player in a winning side, he's always going to catch Gareth Southgate's eye.

"But it's so difficult to judge how Southgate is thinking: is he only thinking of the players he's worked with in his squad? Or can players do something between now and the Euros to stake a claim?

"James Maddison came back to play a few minutes having been injured - does that move him up the order slightly? - there are spots up for grabs, and players like Maddison need to get themselves back, fit and into form to really catch Southgate's eye between now and that decision."

"Out of nowhere, Jesse Lingard is now massively in contention to make this squad. Southgate, as we know, likes to mix form with familiarity - he will never pick a squad solely on form, hence the usual uproar we get after squad selections with form players left out. But Lingard's odds seem to shorten week on week. 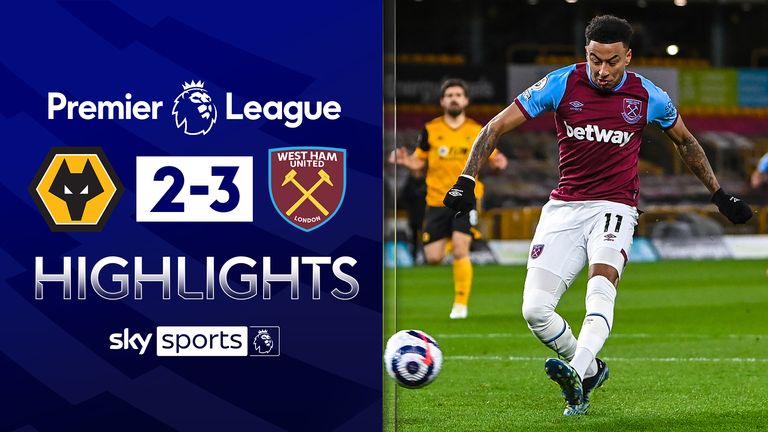 "It's clear he has confidence, just look at his goal against Wolves. He also ran more than any other player, and made more sprints. In fact, he's made the most sprints of any West Ham player in each of his last four games. We know how much Southgate loves a work horse who can play, too."

"I'll start with two players who didn't actually play at the weekend. The first is Jack Grealish, who all Villa fans expected to return against Fulham from this mystery shin injury, but come 3.30pm when the teams were announced he was nowhere to be seen.

"Villa are notoriously coy with their injury news, they don't like to give away much, but Dean Smith said Grealish felt discomfort in his shin. This is actually a difficult injury to assess, because it's not a muscular injury, it's either shin splints or a bone stress injury, and both are quite difficult to monitor and have varying recovery times, rather than muscle recovery.

"The longer he's out, the less likely he is to start for England at the Euros. I actually think he won't start the first game against Croatia, and is more likely to get minutes against Scotland or Czech Republic, and that this will be a tournament where the England manager uses his squad more than ever. I think he will make the squad because, quite simply, if England don't win the tournament or even reach the final, with this wealth of talent, the narrative will be: 'Why didn't Southgate pick him?'

"Jadon Sancho is another in this category, he's been out for the last five games with a thigh injury and is battling with the likes of Marcus Rashford and Grealish for a spot in that front three as well. In some people's eyes, he may not even make the squad.

"And although Tyrone Mings recovered very well for Villa to set up a goal after his mistake against Fulham, he won't be going to the Euros based on his wing play, it will be on his defending. Make no mistake, Tyrone Mings is a very good defender, but he's prone to a lapse in concentration. 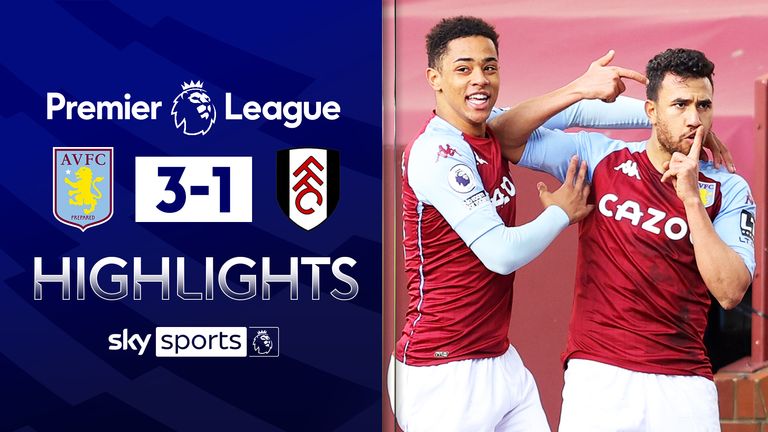 FREE TO WATCH: Mings recovered from a howler to set up Villa's equaliser against Fulham

"I think he made the last squad on familiarity rather than form because he only has to look to the right of him in Ezri Konsa to see an English centre-back in better form. But the mistake came at the wrong time for Mings because with John Stones' resurgence, and the fact that Southgate went with a back four for the last three games, it suggests that the need for that extra left-footed centre-back is not as great as it was. I think he will make the squad, but his chances of getting a good run of minutes are reducing.

"Southgate said after the win over Poland that he could be agile with a back three or a back four, but if he does go for a back four, that puts Conor Coady's place at risk. He struggled against West Ham in the back four - there's a school of thought that he needs the extra protection of a left and right-sided centre-back with him - and Wolves have won just twice in nine games when playing Coady in a back four - and taken just eight points from a possible 27." 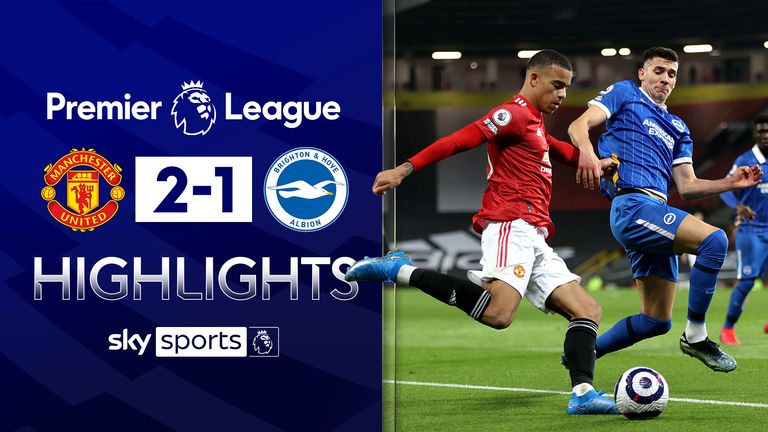 FREE TO WATCH: Rashford scored but was subbed off injured for Man Utd against Brighton

"I'm convinced there will be players who miss out because of fitness. It was concerning to see Marcus Rashford subbed off injured after scoring for Manchester United. I think there are ongoing issues there, and he wasn't in the last England squad due to injury. There always seems to be something in the background, injury-wise, for him, and he may need to be nursed through between now and the Euros." 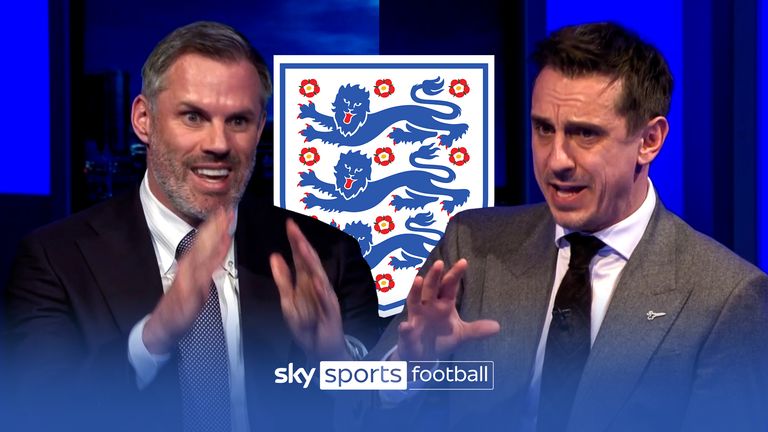 After much debate and deliberation, Sky Sports' Jamie Carragher and Gary Neville discuss who they would include and start for England in the European Championships this summer

Neither Carragher nor Neville have found room for Jadon Sancho, Bukayo Saka or Jesse Lingard in their selections.

Select your 23-man squad below and then share your selection on social media...