Jack Grealish says he wants to emulate Paul Gascoigne and Wayne Rooney and showcase his talent on the world stage after he made his first major tournament start for England at Euro 2020.

The Aston Villa captain assisted match-winner Raheem Sterling as England beat Czech Republic 1-0 at Wembley on Tuesday to win Group D and set up a last-16 tie against France, Germany, Portugal or Hungary.

Grealish, 25, has won nine caps since he made his England debut in September and is eager to make a telling impact for Gareth Southgate's side as the tournament progresses.

Asked whether he believes Euro 2020 can be the making of him as a player, Grealish said: "Definitely. I have spoken about how big these tournaments can be in players' careers.

"If you look back and think of Gazza at Italia 90, that is where he first made a… well he was obviously still well known before, but I think everyone remembers him for that tournament especially.

"You look at Wayne Rooney in Euro 2004 - I think that was where he set his marker to say I am going to be one of the best in the world.

"I am hoping to follow in their footsteps and hopefully I can do that if I get more chances in this tournament." 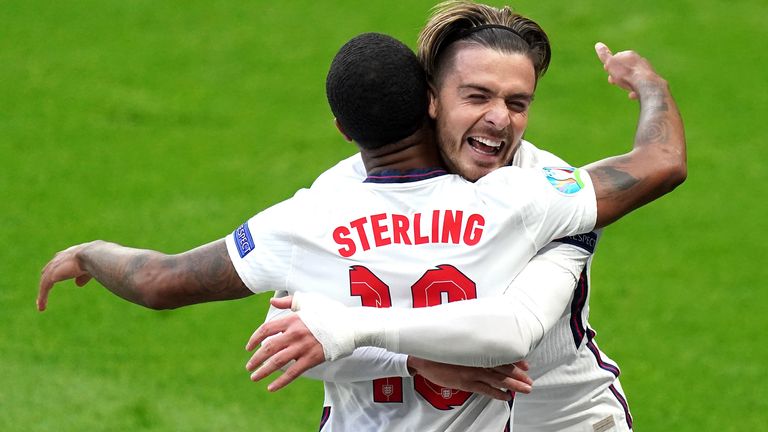 Darren Bent was impressed with Jack Grealish's performance as England beat the Czech Republic 1-0 to secure top spot in the group.

England's goalless draw against Scotland on Friday - a match in which Southgate's side had one shot on target - added to the growing clamour for Grealish to be handed a starting role and the midfielder insists he wasn't fazed by expectation.

"I felt like I had a good performance good but I still maybe felt like in the second half I could have got on the ball a little more and probably tried to dictate the game a little more from an England point of view."

Podcast: Explained - why Southgate is so cautious

Previews, reviews and insight from the England, Scotland and Wales camps with our Sky Sports News reporters, plus all the best analysis and stories from across the tournament, as we link up with our Sky colleagues on the continent.

Grealish, a talismanic figure for boyhood club Aston Villa, admits playing international football at a major tournament is a "new challenge" but is relishing the chance to test his game.

"I have never played in the Europa League or Champions League before, so it is obviously different to what I am used to," he added.

"I love it and if I perform on this stage it is a matter of showcasing my talent to the world and that is what I want to do."

Grealish: Saka has 'world at his feet' 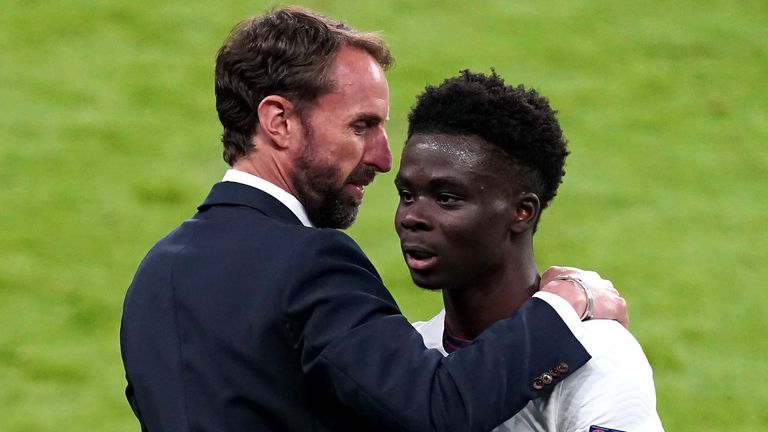 Meanwhile, Grealish was full of praise for England team-mate Bukayo Saka was named man of the match against the previously unbeaten Czechs on his tournament bow.

"It is no surprise to us," Grealish said. He has been training brilliantly. He was brilliant [on Monday] in training, so it was no surprise that he ended up starting the game. 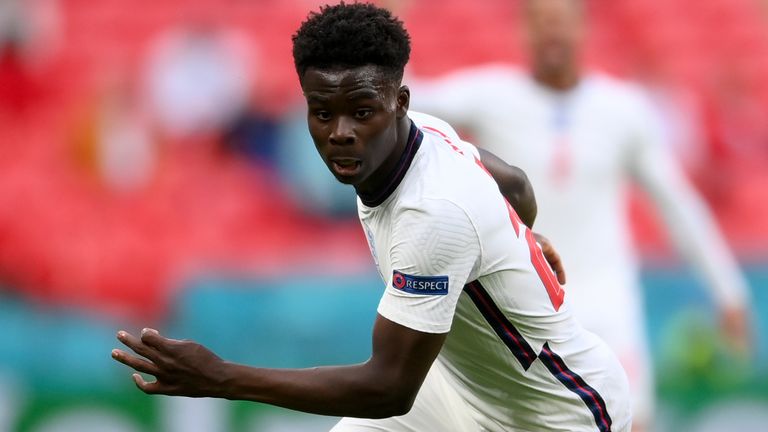 "He is fearless and he is direct. He is only 19, still young, but he is obviously a great talent and a lovely kid as well.

"He is so liked in the changing room by everyone and by the coaching staff. He is just one of those kids you can just tell has come from a lovely background. He has got the world at his feet."