England face Italy in Sunday's Euro 2020 final at Wembley; Gareth Southgate's side have received letters from the Queen and the Prime Minister wishing them well, as the players prepare for England men's first major final since winning the World Cup in 1966 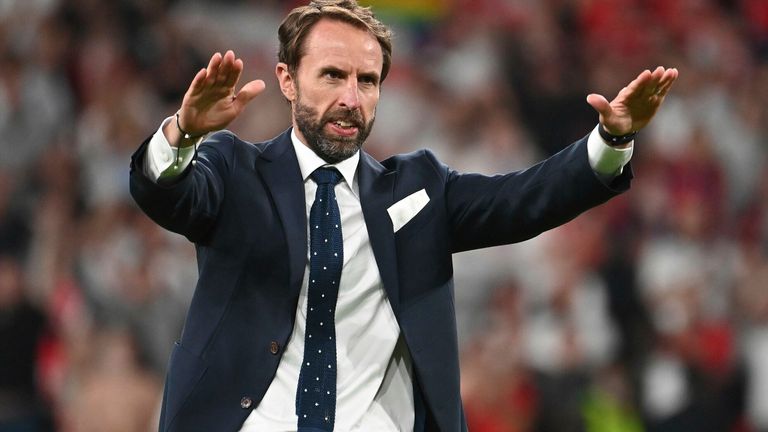 England manager Gareth Southgate says his side are proud of their achievements so far at Euro 2020, but are now fully focused on winning Sunday's final

Gareth Southgate says England "want to go and bring the trophy home" ahead of facing Italy in the Euro 2020 final - the team's first appearance in a men's major tournament showpiece in 55 years.

Speaking on the eve of Sunday's historic match at Wembley - the scene of their 1966 World Cup triumph - Southgate insists the side are "ready" amid nationwide anticipation.

England won a tournament semi-final at the fifth attempt since 1966 with an extra-time win against Denmark on Wednesday, but Southgate is determined to finish the championship in style.

"We're in a final and we are here to win," Southgate said.

Southgate described letters received from the Queen and Prime Minister Boris Johnson praising the squad's spirit and commitment as "fantastic".

"Everything is important, how we've represented people and we're pleased that legacy has been there but now we want to go and bring the trophy home for everybody," the 50-year-old added.

The Queen's message to England side

"Fifty-five years ago, I was fortunate to present the World Cup to Bobby Moore and saw what it meant to the players, management and support staff to reach and win the final of a major international football tournament.

I want to send my congratulations and that of my family to you all on reaching the final of the European Championships, and send my good wishes for tomorrow with the hope that history will record not only your success but also the spirit, commitment and pride with which you have conducted yourselves."

Fans lined the road and waved flags near St George's Park as the team bus left the England training complex for the final time earlier on Saturday.

Kane: Winning Euros has always been our aim 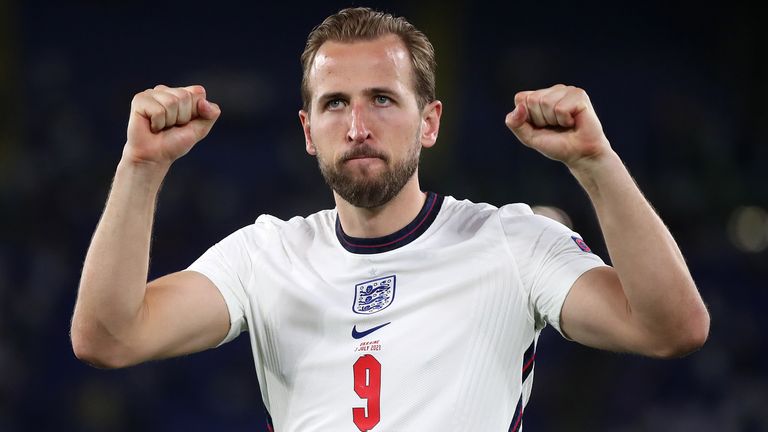 Captain Harry Kane, who was alongside Southgate at the pre-match news conference, says the squad are determined to fulfill the goal they set themselves at the outset of the tournament and win the European Championship for the first time.

"We have been knocking down barriers on the way but we have to go out there and win it," said the Tottenham striker, scorer of four goals at the tournament.

"We started this tournament with an aim to win it and we have that opportunity tomorrow night.

Redknapp: How England can beat Italy

Sky Sports' Jamie Redknapp believes England's journey to the final of Euro 2020 is a 'great experience' for Gareth Southgate's young squad - and is just the start.

"To see the fans on the street and see the reception we have had, it has just shown us how big of an occasion it is.

"We know how much it means to the English fans so we are proud to be representing them and hopefully we can do them proud tomorrow night."

Saka? Sancho? Henderson? Sky Sports' writers offer their England XIs ahead of the final of Euro 2020 - and predict whether Gareth Southgate will bring it home.

Southgate also urged the England home supporters at Wembley, which will host at least 60,000 fans, not to disrespect the Italian national anthem as they aim to end their opponent's 33-game unbeaten run under Roberto Mancini.

"It's important our fans always respect the opposition," he said. 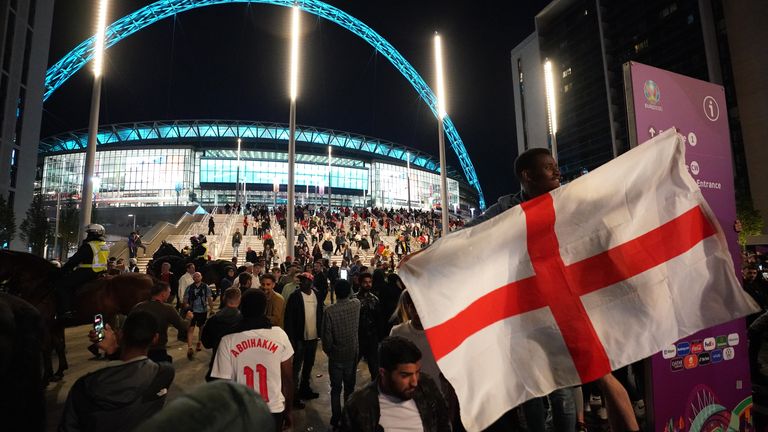 "We know that when we play abroad and fans boo our anthem it inspires them more. I don't think it will help the team.

"We can intimidate the team booing during the game, but it is different for the anthem."

Kane has received praise from Italy and Juventus defender Giorgio Chiellini in the lead-up to the final and last season's Premier League top goalscorer is relishing the challenge of facing the Azurri skipper and his centre-back partner Leonardo Bonucci.

"They are two amazing defenders. They have had great experience in big matches over their careers. I want to play against the best centre-backs in the world and those two are definitely up there," Kane said.

"But it's not about me. The game is about England v Italy and we have a great belief in the team.

"We have great strength in the squad and a lot can happen in a final and we need to make sure we're on the right side of it."