Gareth Southgate has largely opted for a 4-3-3 system during the tournament but moved to three at the back for the last-16 win against Germany; Bukayo Saka misses out on starting role in only change from semi-final victory against Denmark 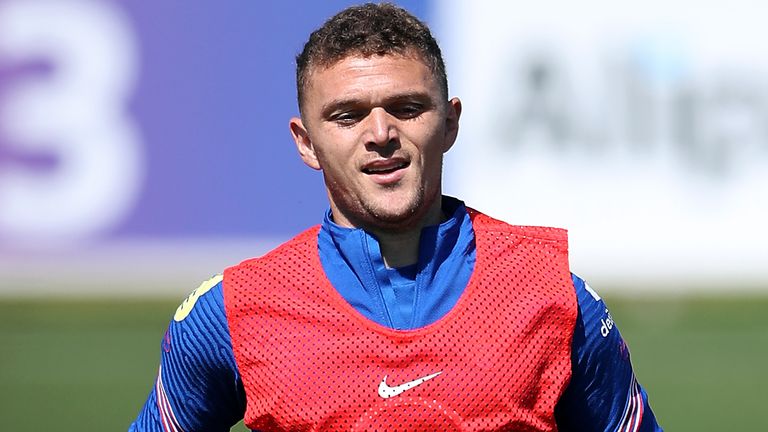 Kieran Trippier has been recalled to the England team as part of a five-man defence for the Euro 2020 final against Italy at Wembley.

Gareth Southgate makes one change to the starting line-up from the semi-final win against Denmark, with Bukayo Saka, who played on the right wing, omitted as a result of the tactical switch.

Trippier started the European Championship at left-back but was brought on as a late substitute in his regular right-back role in extra-time against the Danes on Wednesday.

Southgate has largely opted for a 4-3-3 system during the tournament but moved to three at the back for the last-16 win against Germany.

Saka, 19, has impressed for England under Southgate this summer, making three starts at the Euros but is joined by fellow attackers Marcus Rashford and Jadon Sancho on the bench.

Phil Foden, who has been struggling with a foot injury, missed out on the matchday squad, along with Ben Chilwell and Ben White, for England's first appearance in the final of a major men's tournament since the 1966 World Cup.