England forward Marcus Rashford has questioned the level of dedication to training under Gareth Southgate's predecessors, claiming that the intensity has reached a new level under the current regime.

Rashford came off the bench to score with his third touch in the 6-2 win over Iran last Monday, notching his first goal in a World Cup.

The Manchester United forward was then a second-half substitute during the 0-0 draw with USA which leaves England top of Group B heading into the final group match with Wales on Tuesday.

Rashford says he is ready to play from the off if called upon by Southgate, who he believes has been instrumental in ensuring the non-regular starters are fully up to speed as a result of his rigorous training methods.

"Everyone is ready and I'm raring to go," said Rashford. "Training has been good for the lads who haven't been getting as many minutes.

"For this squad, I feel like it's never really been an issue ever since Gareth has been the manager.

"Maybe before it was a bit of an issue in terms of quality of training, and people's dedication to training, but since Gareth has been manager it's been intense.

"Everyone is ready to step in when needed."

When asked what is so different under Southgate compared to the previous England managers he has worked under - namely Roy Hodgson and briefly Sam Allardyce - Rashford explained what Southgate has brought that is different.

"I was only there for a short period of time but the standard of training wasn't as high," added Rashford, who was handed his England debut against Australia by Hodgson in May 2016.

"For players, it's black and white if you're not training well, you can't expect to play well.

"You can't expect to go into games and just win because you think you have better players than the other teams. You have to put the work in and earn the right to win football matches.

"For me, it's two different sides of a coin and it's as simple as that.

"There's been a clear change and a clear improvement. We've done much better in the major tournaments but even in the games that we've played throughout the year with England, we've played better and had better results. It's not often I come away with England and feel we're going to lose games.

"The togetherness is really high and it's something Gareth has put a lot of emphasis on. We work for each other and leave it out on the pitch." 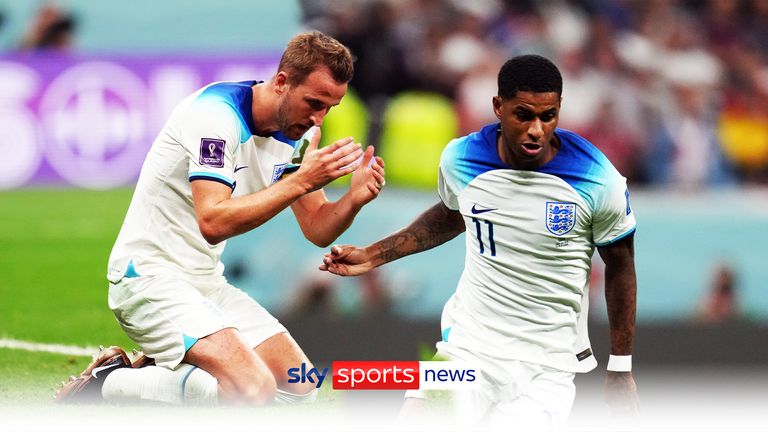 Sky Sports News' Rob Dorsett has the latest news from the England camp ahead of their final group game against Wales on Tuesday.

Rashford was also asked about whether the England camp have been using a viral video of Wales celebrating England's Euro 2016 exit at the hands of Iceland as motivation heading into Tuesday's match.

"To be honest, we've not mentioned it. For me, any game in the World Cup is a big game. We're going to give everything to win the game. We tried to do that against USA but I thought they defended really well to be honest.

"Their midfield worked tremendously hard to stop our players and they made it difficult for us. It makes it even more important to win this game." 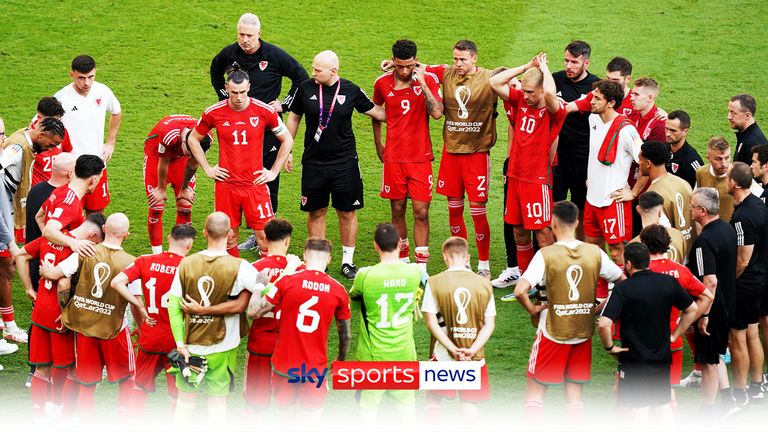 Clinton Morrison and Courtney Sweetman-Kirk assess Wales' chances of beating England and qualifying for the knockout stages of the tournament.

Gareth Bale and Aaron Ramsey were big-game players who could step up in Wales' final group clash against England at the World Cup after failing to make an impact in their loss to Iran, midfielder Joe Allen said on Sunday.

Bale, Wales' most capped player, had only one shot on goal against Iran while both he and Ramsey were dispossessed several times as Carlos Queiroz's team ran out 2-0 winners to consign Rob Page's side to the bottom of Group B.

Bale is the only player to score against England in six meetings between the two sides in the 21st century. Allen said he and Ramsey, who both bore the brunt of the criticism after the loss to Iran, would bounce back. Wales goalkeeper Danny Ward believes England are a 'top team' with or without Harry Kane in the side.

"They're two incredible, incredible players and have been for our country. I don't think there's anyone in the squad who has reached the heights that they're capable of," Allen said.

"It's a huge game coming up. They're big-game players, always have been. Hopefully if any criticism has gone their way, then they'll be able to answer a few of those critics with a top performance."

Allen said he was ready to start after coming on as a late substitute against Iran but Wales' hopes of reaching the knockout stages of the World Cup for the first time in 64 years hang by a thread.

Even if Wales do beat England for the first time since 1984, they will have to rely on the result between the United States and Iran in the other fixture, but Allen said qualification was not impossible. Paul Merson says England's performance against the USA was 'poor', but insists no teams 'breeze' through every game at a World Cup

"It's a tough task, it's always uncomfortable when it's obviously not in your hands and you're relying on certain things to unfold," Allen said.

"But whilst there's still a chance, it's really simple for us. We're fully motivated, we'll sacrifice absolutely everything into getting a win.

"Who knows, hopefully while there's still a chance we can get ourselves out of this group."

"Gary was a great man. He is often in the players' thoughts, he was an inspiration, first and foremost as a player and then as a manager.

"He played a big part in the start of the journey that this team has been on and we remember him very fondly."