Steve Clarke focused on qualifying for 2022 World Cup with Scotland, despite being linked with Celtic; Clarke under contract until December 2022; Celtic searching for new manager following Neil Lennon's resignation 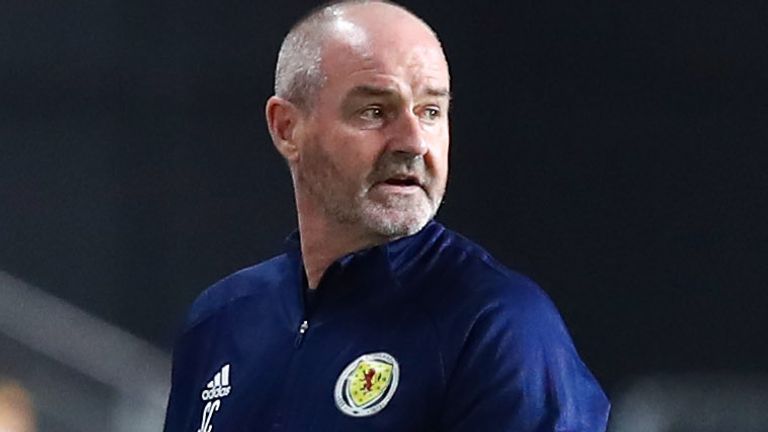 Steve Clarke says he wants to lead Scotland to the 2022 World Cup finals before returning to club management. He was talking to players at Team United, which supports young people with autism

Steve Clarke aims to take Scotland to the 2022 World Cup finals, despite being linked with the vacant manager's job at Celtic.

Celtic are on the search for a new boss after Neil Lennon resigned last month to leave assistant John Kennedy in temporary charge.

Clarke is among the favourites to replace Lennon but during a Q&A session with Edinburgh-based club Team United, which supports young people with autism and helps them overcome social barriers, he was asked about his plans after this summer's delayed 2020 Euros.

He said: "After the Euros I will go on a big holiday. It is going to be very tiring then we will decide what happens.

"But I have a contract with the Scottish FA up until December 2022 and hopefully I can take the team to the World Cup finals in Qatar in 2022 as well. That would be great and then maybe I can think about club football."

The former West Brom, Reading and Kilmarnock boss added: "When you have been in football as long as me, you tend not to look too far ahead.

"I look forward to the games in March and if we can win all of them we can concentrate on the Euros after that and we will see what happens." 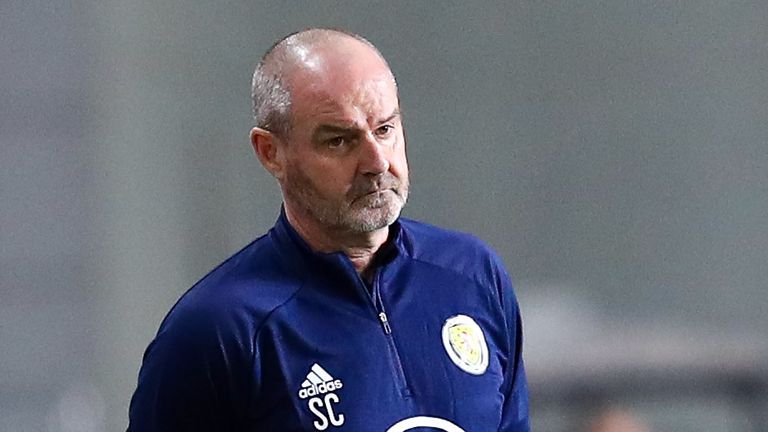 Clarke is currently preparing for this month's World Cup qualifiers against Austria, Israel and the Faroe Islands, with all three games live on Sky Sports.

The former St Mirren, Chelsea and Scotland defender insists there is still potential for new faces to make his squad ahead of this summer.

He said: "I don't think there will be too many surprises for the Euros. The players who did the hard work and got us qualified deserve first chance.

"But before we get to the Euros we have three games in March so there might be one or two surprises in that squad.

"I need to pick a bigger squad because we have three games in a week, a very short period of time, and maybe one or two in that squad might force themselves into my plans for the summer."

One certainty for the squad is Manchester United midfielder Scott McTominay, who has played in defence at international level and was described by Clarke as the best he has worked with in his time as Scotland boss.

He said: "The reason I go with Scott McTominay is that I asked him to play out of position, in a position he was a little bit unfamiliar with, and I thought the way that he played in the games was outstanding."

During lockdown, over 70 children from Team United have been using the Scottish FA's European Legends legacy project as a means to stay motivated and connected.

Clarke joined the kids to celebrate 100 days to go until Euro 2020 kicks-off in 12 host cities across Europe.