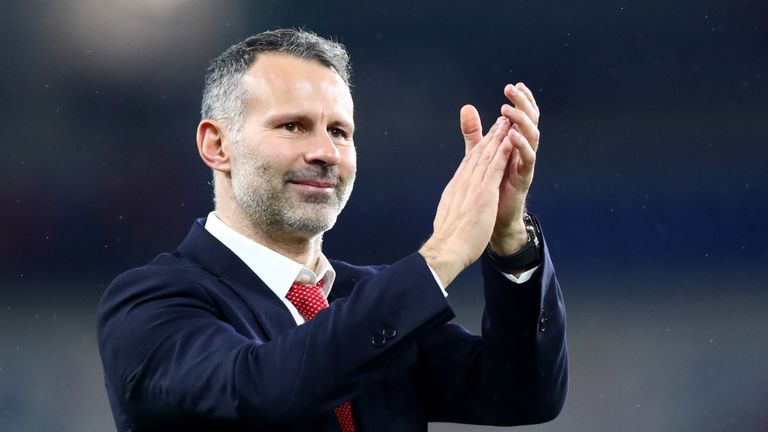 Speaking on The Football Show, Wales manager Ryan Giggs says there could be international triple-headers later this year to make up lost ground after the coronavirus pandemic

Wales head coach Ryan Giggs has revealed that international fixtures could be crammed into a reshaped 2020 calendar with three games played during the scheduled September and October breaks later this year.

UEFA president Aleksander Ceferin is determined for domestic seasons to restart by the end of June at the latest with a task force for the governing body of European football drafting up a potential calendar for federations to follow once the shutdown has been lifted.

It will likely mean the 2020/21 season being condensed, with Euro 2020 now set to take place a year later. With some nations still to play qualifying matches to reach the finals, Giggs appeared to confirm that triple-headers in the Nations League is one possible solution.

He told The Football Show: "I just have to plan a year ahead and hopefully for the games in September when the Nations League starts. We're earmarked [to return to playing] in September... triple-headers, so three games rather than the usual two because there are still play-offs to be played for teams to get to the Euros, which they've earmarked for November.

"There's been a little bit of a change, so it's something we're not used to. It's going to be different but just like everyone else, we're just waiting to get back to football when it's safe, sooner rather than later.

"We were looking forward to preparing for the Euros for this summer which has now been put back a year but it's not the end of the world.

"Obviously we want everyone to get back to normality sooner rather than later. For me, it's not as problematic as it is for the Premier League managers."

Wales have already qualified automatically for next summer's tournament after finishing second in Group E behind Croatia.

But the coronavirus pandemic will make Giggs' job more challenging when it comes to discussing player availability with club managers ahead of Wales' second successive European Championships appearance.

"It's a really important time for international football because we've got a really condensed calendar coming up with the World Cup in 2022. There has to be a plan short-term, medium-term and long-term. I feel there could be triple-headers in September and October."