Sky Sports News analyses the future of Lionel Messi from the perspective of the player, Barcelona, Manchester City, Paris Saint-Germain and Major League Soccer, now that he is free to negotiate a summer exit - but does he still want to leave?

Lionel Messi is now free to speak to clubs outside of Spain about finally leaving Barcelona in the summer but - despite last year's transfer request - does he still want to leave?

His future is shrouded in uncertainty with every option on the table, so Sky Sports News has pulled together this comprehensive analysis from all sides of the equation.

Will he be reunited with Pep Guardiola at Manchester City? Will he play for compatriot Mauricio Pochettino at Paris Saint-Germain? Will he fly straight to the United States to play in MLS? Or will he finish his career as a one-club man and stay with Barcelona?

Here are all the potential eventualities, what is in them for Messi, and how each one could transpire...

The view from... Lionel Messi

Messi has publicly confirmed that he will wait until the end of the season before making a final decision on his uncertain future at Barcelona.

In a lengthy interview with Spanish broadcaster La Sexta before Christmas, the Argentina forward said: "What matters now is thinking about the team, finishing the year well and not being distracted by other things. I don't know what will happen. I'm focused on what we have here and battling for whatever we can. I'll wait until the season is over."

That is when his Barca contract expires and he expects to have four options; stay at the Nou Camp, sign for either Manchester City or Paris Saint-Germain, or move to the USA and finish his career in Major League Soccer.

He stated further in his interview that "I've always had the dream of playing in another league, in the United States" but that "he doesn't know if it will happen", which fuelled the prospect of a transfer out of the country in the summer.

So his future is hanging delicately in the balance as the January transfer window opens, with Messi now free to speak to other clubs outside of Spain and the platform set for those suitors to persuade him his future lies with them.

However, it is clear now that Messi wants to see the outcome of Barca's January 24 presidential election and potentially meet the winner to listen to their future project, and where he would fit in.

That gives the likes of City, PSG and MLS teams just three weeks to make their case ahead of the Catalans. Otherwise a four-way battle will ensure in the months running up to June, which will include the boyhood club he still has much affection for.

The view from… Barcelona

There is not a great deal that Barcelona's interim board can do to help persuade Messi to stay and sign another contract before the election. That job will be in the hands of the new president.

For that, there are really only two favourites for the job; Joan Laporta, who has been president before, and Victor Font, the telecommunications entrepreneur.

While there is no indication that Messi prefers either, and the player has been keeping well out of the way of the debate so far, Laporta has a good relationship with him having overseen the most successful period in the club's history with Guardiola as head coach.

Font, meanwhile, wants to rebuild Barca from the bottom up; producing its players from La Masia academy, and he has been working with one of its best products - Messi's former team-mate Xavi - to return as head coach.

Xavi is expected to be among Laporta's considerations too but, on Messi, Font has said: "I'm convinced that with a competitive, exciting and, especially in Messi's case, long-term project - one that could even go beyond the day that Messi retires - we will convince him to stay."

The frontrunners will begin to emerge this month and they are expected to indicate who will take up key positions in the hierarchy. These developments will have a mark on Messi's thinking, but it is really only when the election is made, and a firm blueprint put forward, that a significant bearing on Messi's future will be made.

The view from… Manchester City

City were in the strongest position to sign Messi last summer, if he could have extracted himself from his contract via that disputed exit clause.

Sky Sports News was told then that both Messi and Guardiola wanted to renew their partnership at the Etihad - putting the Premier League runners-up in a commanding lead over other suitors - and that remains the case, especially now Messi is set to be available for no transfer fee this summer.

The powerbrokers at Man City are intrinsically linked to Barcelona, with Guardiola, director of football Txiki Begiristain, chief executive Ferran Soriano and chief football operations officer Omar Berrada all having previously worked there - and they were cautious about becoming embroiled in last year's row between Messi and the board.

But now that they can negotiate a move with Messi on sound footing, within the rules and without upsetting their former employers, which only increases their hand, and they can begin to sell what is reportedly a ten-year plan for Messi to be involved with the City Football Group (CFG).

City may have grown into one of England's top clubs and are among Europe's best but they are still behind in the Champions League and even further lacking in their global brand. Signing arguably the best player of his generation, fresh from breaking the all-time club goalscoring record set by Pele, would accelerate their renown worldwide.

Conveniently, they also own an MLS team in New York City which would suit Messi's desire to finish his career in America down to the ground.

The view from… Paris Saint-Germain 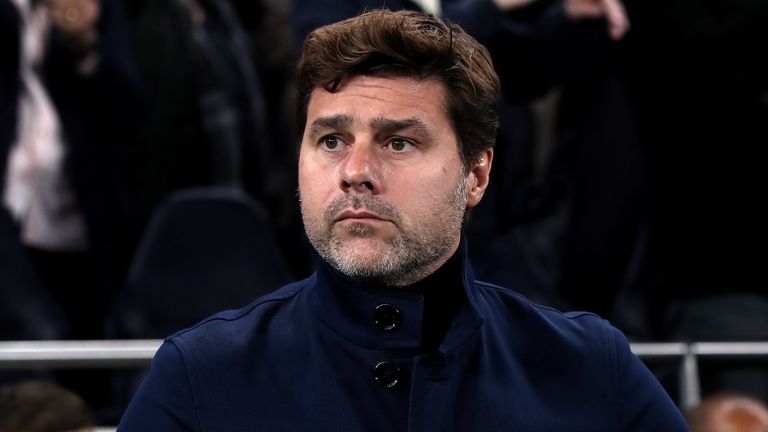 The arrival of fellow Argentinean Pochettino as Paris Saint-Germain boss has only intensified speculation that Messi is destined for the Parc des Princes.

And nobody within the club appears to be distancing themselves from a move for the player at some stage.

One source familiar with the club's transfer activity says it is too early to say whether PSG will make their move, but Pochettino himself insisted "any big player in the world is always welcome at PSG", when asked about Messi at his unveiling this week.

What is clear is that a Messi move would be popular with the players, especially his ex-Barcelona team-mate Neymar.

Messi has spoken publicly in the past about wanting the Brazil star to return to Barcelona, and touched on the subject again in his La Sexta interview. He said: "Neymar would be extremely expensive. How would the club pay PSG for the transfer?

"The situation will be tough for the new president, who will have to be intelligent and get everything in order. Changes will be needed for him to do well.

"I don't know if Neymar said that (that the two would play together next year). You'd have to ask him about what he said. We do chat sometimes and we are in touch."

Neymar asked PSG to sign him during the Messi debacle of last August, as Sky Sports News reported at the time, and Neymar reiterated his opinion on the matter last month.

PSG and Argentina player Leandro Paredes also told ESPN: "Messi at PSG? I hope so, we all want him to come but it will be his decision."

PSG sporting director Leonardo respects Barcelona, and does not like talking about their players - but, significantly, he has not completely ruled out the move.

The view from… Major League Soccer Is Lionel Messi's next destination the USA with an MLS franchise? Good Morning Transfers discuss

With Messi having already expressed his desire to play in the USA's top league, it is more a matter of where than if he will play.

In which City he would most like to live will inevitably play a factor too, giving the likes of LA Galaxy, the New York clubs City and Red Bulls, and David Beckham's Inter Miami an apparent advantage.

Galaxy obviously have an established track record of hosting the game's biggest names including Beckham, Steven Gerrard and Zlatan Ibrahimovic in recent years, which will help their cause, and they have reportedly made overtures towards Messi as long ago as January 2020.

But arguably in the driving seat would be New York City - under the same CFG flag as Manchester City and which could obviously form part of their long-term vision for the player. The team are relatively new still, and Messi's arrival would instil them into the city's culture.

Beckham, meanwhile, along with his legacy in MLS - in both a playing and business capacity - could also provide Messi with an invaluable path into, and mentor for, the US soccer scene.

MLS teams are already scrambling to work out the financials and legalities of signing Messi, and how partnerships with clubs in Europe could potentially help their cause. And one Barcelona presidential candidate, Xavi Vilajoana, reportedly wants to acquire an MLS franchise as part of their bid to keep Messi at the Nou Camp.

Regardless of where he ends up, Messi's presence in MLS should help surge the game even further into the national consciousness.