UEFA Executive Committee expected to ratify new plans on May 10; wildcard qualifying places handed out on historic Champions League performance; that could see all of the Big Six qualify; idea for some FA Cup winners - but not all - to qualify for Champions League also being debated 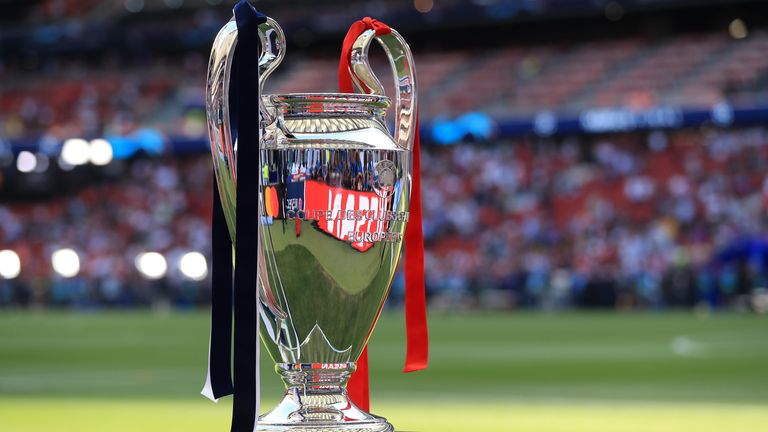 Rob Dorsett explains how UEFA's proposals to reform the Champions League could change how teams qualify for the competition.

There is a strong feeling among Premier League clubs outside the Big Six that UEFA's plans to offer wildcards for the Champions League is like "introducing a form of the European Super League via the back door".

The issue was discussed by UEFA at its Executive Committee meeting last week, and a vote will be taken at the UEFA Congress in Vienna on May 10. It is expected to be ratified then.

When it is, for the first time in history, European football qualification will be based on something other than the season that has just finished.

The controversial UEFA plans in summary

The proposals mean that, from 2024, there will be an extra two places in the Champions League reserved for European clubs who have failed to qualify via their domestic league, but who have traditionally done well in Europe's elite club competition.

To use hypothetical examples from this current Premier League season, it would mean that if Chelsea, as reigning European champions, finished fifth in the Premier League, they would nevertheless stand a good chance of still qualifying for a Champions League spot for the following season. They currently rank fourth on UEFA's 10-year club coefficient.

However, if West Ham were to finish fifth, they would not gain a place in the Champions League because they don't have a strong enough historical record in Europe. In fact, there are 89 clubs ahead of them in the 10-year rankings.

One senior executive at a Premier League club told me that this means, for the very first time, the introduction of a "two-tier system" - one for the biggest clubs, one for the rest.

It's important to stress the new rules won't come into play until 2024.

That same executive says there is also the danger of "a creep effect", where more and more places in the Champions League are allocated by historical European performance and not by current domestic success.

"It's almost like this is 'European Super League Lite', and the fear is that two might become four, might become eight - with the Champions League becoming more and more of a closed shop," they said.

Could teams qualify for the Champions League ahead of teams who finish above them?

The idea that most worries other clubs is the idea of "leap-frogging" whereby a team finishing fifth in the Premier League automatically goes into the Europa League, and yet a team finishing behind them in sixth could be "bumped" into a more profitable Champions League spot - if they have a better "coefficient", or history in European football.

It's thought the Premier League is still lobbying UEFA, via the European Leagues group, for the idea to be removed, with some apparent success. One such meeting happened on Tuesday, I'm told.

As a result, it now looks likely that "leap-frogging" will be banned under the new UEFA plans, but the coefficient calculation will remain.

All of the Big Six to qualify for the Champions League?

That allows the possibility for the Big Six in England to all qualify for the Champions League each season, so long as they finish in the top six places in the Premier League.

In the last year since the European Super League collapsed, a number of officials have told me that the "coefficient qualification issue" was a hugely controversial piece of football legislation that was offered in the background to help appease the biggest clubs in Europe and England.

The hope was that, if the big clubs had some sort of safety net for missing out on Champions League qualification, they would drop their plans for a breakaway league. It worked.

With the exception of Juventus, Barcelona and Real Madrid, the other nine elite clubs all backed out of the European Super League when offered this "face-saving compromise", and when confronted with the huge backlash from supporters.

'Against the spirit of the game'

However, there has always been strong feeling within the bulk of Premier League clubs, I'm told, that this plan for wildcards to help the biggest clubs qualify for the Champions League is against the spirit of the game.

They felt last year, and still do now, that the hugely significant changes had sneaked in almost unnoticed amid the noise and controversy surrounding the European Super League.

The European Super League was a sideshow - it couldn't practically happen. But a "super league" within UEFA, via the Champions League, very much could happen.

One official has told us: "They (Europe's elite clubs) got what they wanted from UEFA. They wanted a safety net, in case they missed out on qualification, and that's exactly what they are going to be given.

"The European Super League was a sideshow - it couldn't practically happen. But a "super league" within UEFA, via the Champions League, very much could happen."

In addition, in the aftermath of the collapse of the European Super League, the Premier League vowed to introduce a new Owners Charter which would provide legal guarantees that clubs couldn't try to break away in the future.

The Government at the time said it was fully behind those plans to introduce "appropriate legislation" to protect football from breakaway leagues.

Sky Sports News has been told by one club executive that the Owners Charter has been "kicked into the long grass for now" with no prospect of it being voted upon at any of the upcoming Premier League shareholders' meetings.

Sources say it is simply too sensitive a subject between clubs to discuss right now.

Some FA Cup winners to qualify for Champions League, others not?

In the meantime, UEFA is still haggling over the final details of how the wildcard system will work, and there may be compromises in terms of the fixture congestion that the new Champions League format poses to the English football calendar.

But compromises to the 'coefficient system' I'm told, are very unlikely. The idea of two extra wildcard places for the tournament is set in stone. And traditionally, whatever is put before the UEFA Executive Committee is voted through, so big changes are afoot next month.

Another controversial issue still being discussed is the idea that the winners of the FA Cup might be able to claim a place in the Champions League.

If there was to be a fifth Champions League spot available for the FA Cup winners, that would be unanimously applauded, I'm told. But that's not what's on offer.

The proposal is that the FA Cup winners will only get a Champions League spot if their European coefficient is high enough - if they have traditionally done well in Europe. Again, this favours the big clubs.

Of the current FA Cup semi-finalists, Manchester City, Liverpool, Chelsea and Crystal Palace, Palace alone would miss out on the new European wildcard system if they were to lift the trophy. City, Liverpool and Chelsea's success in Europe would mean they would be very likely to get a wildcard into the Champions League, if they won the FA Cup (and didn't finish in the Premier League top four).

And so, as one executive put it me, you could have two teams lining up at Wembley for the final potentially "with very different prizes on offer to each."

"The same prize has to be awarded whoever wins a trophy, and the idea you can get "bumped" is just wrong."