Adnan Januzaj has revived his career with Real Sociedad in Spain

Seeing the fresh-faced Belgian youngster walk off the pitch at the Stadium of Light, few would have expected Januzaj to drift away from United after scoring both goals in a 2-1 win over Sunderland in October 2013. After a bleak spell in the Bundesliga and an unhappy return to the North East, the 25-year-old is starting to look like the stylish attacker who had become a beacon of hope for United in the David Moyes era.

Januzaj's memorable debut had earned him a new five-year contract to ensure he could not be prised away cheaply, and Moyes selected him for United's Champions League squad over current Crystal Palace star Wilfried Zaha, who pinpointed this moment as the beginning of the end of his Old Trafford career.

Januzaj continued to produce promising and lively displays that saw him nominated for the 2013 'Young Sports Personality of the Year', while he also won United's player-of-the-month award for January. He went on to finish the campaign with four goals and six assists from 22 starts. Despite Moyes' ill-fated end to his tenure at Old Trafford, Januzaj was handed the No 11 shirt vacated by retiring legend Ryan Giggs at the end of the season; a nod to the faith United as a club had in the winger.

Following an international tug-of-war between several countries for his services, including briefly England under Roy Hodgson, Brussels-born Januzaj pledged his allegiance to Belgium to line up alongside the likes of Eden Hazard and Romelu Lukaku. He refused a call up in qualifiers for the 2014 World Cup as he made his decision, but was included in Belgium's final squad for the tournament. Boss Marc Wilmots, however, left the youngster as an unused substitute throughout as Belgium bowed out of the tournament with a 1-0 defeat to Argentina in the quarter-finals.

There would be further frustration for Januzaj as he suffered a similar fate to vaunted youngsters like Federico Macheda and Ravel Morrison, who could not secure a long-term starting role at United. He played just 850 minutes of league football throughout the 2014/15 season under new manager Louis van Gaal, being left as an unused substitute 17 times, and when he did feature, struggled with the Dutchman's patient style of play.

Reflecting on this goalless season under Van Gaal, Januzaj admitted: "There was not the same freedom. A winger needs that confidence, a manager telling you, 'go and take people on'. With him, it was a slow passing game. I was frustrated and everyone could see that I was not the same Adnan as the first year. I was sometimes even in the stands."

Lack of matches and a difficult relationship with his manager saw Januzaj sent on a year loan to Borussia Dortmund in August 2015, a deal that was terminated after six months as Januzaj started just three matches and failed to make a meaningful impact in Germany. This is a stark contrast to other attacking youngsters who have made the move from the Premier League to the Bundesliga and flourished recently, most notably Arsenal loanee Reiss Nelson, last season at Hoffenheim, and Jadon Sancho who has become one of Europe's hottest properties at Dortmund since signing from Manchester City in 2017.

Januzaj was shipped out on another loan in August 2016, this time to Sunderland to link up with old mentor Moyes, who placed great faith in the player, saying: "It's a big boost, because it's the level of quality I would like to bring here. This boy can play two or three different positions, he's got an ability to go past people, score goals, make goals. He's got the talent to be a big, big player."

Back at the scene of his breakout performance, Januzaj was a huge disappointment, struggling with the physical approach of full-backs and his fragile confidence was further dented by an ankle injury. Sunderland suffered relegation from the Premier League and Januzaj ended yet another season without a goal.

On his return to United, it soon became clear that Januzaj would play no part in latest manager Jose Mourinho's plan for the 2017/18 season. He left on a five-year deal to Spanish club Real Sociedad.

Given his inauspicious exit and failed loan spells, it could be assumed that Januzaj has lost all love for the club, but speaking to AS recently he stated that, 'Manchester United is my second team after Real' and also shared his admiration for French midfielder Paul Pogba naming him as his 'favourite' player.

It is since moving to Spain that Januzaj has experienced a renaissance of sorts. In his first season in La Liga he featured 35 times and contributed a combined 10 goals and assists that earned him a recall to the Belgium squad for the first time in three years and a seat on the plane for the 2018 World Cup. In their final group game Januzaj scored one of the goals of the tournament against England, performing his trademark cut inside before bending a left-foot shot into the far corner.

A serious knee injury saw Januzaj miss much of the 2018/19 season but when available he still figured heavily. It is typical of an erratic career that this season, his most successful since he burst onto the scene at Old Trafford, has also had extreme highs and lows.

He briefly lost his place in the Real Sociedad team and as a result was dropped by Belgium manager Roberto Martinez who said, "He needs to be playing more. Talent on its own is not enough. You have to have the mentality of helping the team." During the same period however, he also came off the bench to help inspire Sociedad to a 2-2 draw with Barcelona.

Januzaj was heavily linked with a move away in January, with Roma reportedly interested, but since then he has started to reproduce his game-changing displays. In late February, he replicated his goal against England with another superb left-footed effort, joining ex-Arsenal left-back Nacho Monreal on the scoresheet in Sociedad's 3-0 win over Valencia. Januzaj then produced a man-of-the-match performance against Real Valladolid, heading the only goal in a 1-0 win. He has linked up impressively with fellow ex-wonderkid Martin Odeegard, who has also flourished since a loan move from Real Madrid. 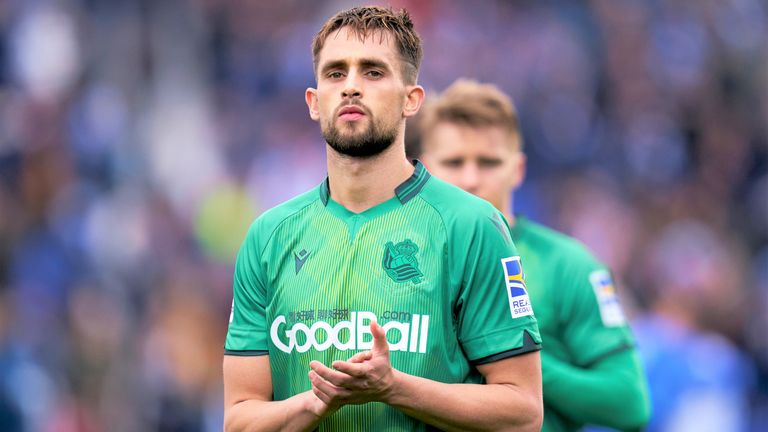 Januzaj has confirmed that his resurgence at Sociedad could have been cut short by yet another transfer switch, but acknowledged that now, more than ever, he needs to justify his apparent potential.

"Of course there were things, but I stayed and I am very happy," he told Tribal Football.

"Well, my colleagues have helped me in that regard, because a few weeks ago the fans were a little bit on top of me. But as a player I don't care, they know the quality I have and expect much more from me. I get it. But now I am in a good moment, especially physically. And that's good, because I also have peace of mind in my head.

"I believe that with my quality I have to score more goals and make more assists. I am a player who must make a difference in all matches. I have to get at it, that's what I'm missing."

This upturn in form has coincided with Sociedad manager Imanol Alguacil succeeding where previous managers have failed in finding the best position for a player who has been deployed throughout his career on the left and right wing as well as sporadically as a No 10. Januzaj has started eight of Real's last 10 games on the right wing and they have won all eight of these games, showing a winning formula and further emphasising the importance of consistency in allowing him to thrive.

"I think Imanol is the best coach I have ever had, but sometimes he is also tough and we get angry," Januzaj told AS, an acknowledgement that he has required strong management from Alguacil.

Sociedad are currently sitting fourth in La Liga, firmly in Champions League-qualifying contention, and reached their first Spanish Cup final in 32 years. Januzaj has become an integral part of this side, appearing in all their games since the end of the transfer window, and has even more games to impress Martinez before the Belgium squad is selected for the rescheduled Euros in 2021.

He will have his work cut out, however, with Belgium possessing an array of established attacking stars including Eden Hazard, Dries Mertens and Romelu Lukaku as well as exciting youngsters such as Anderlecht midfielder Yari Verschaeren.

Still only 25, Januzaj has the time and, perhaps most importantly right now the platform, to establish himself as the player he has always hinted at becoming. The surroundings are different, but the mercurial talent displayed all those years ago in Sunderland still seems to be the same.