England head to Latvia on Tuesday night on the back of an impressive 4-0 win over Northern Ireland on Saturday as they continue their World Cup qualification campaign; Forward Fran Kirby is expected to win her 50th cap in Riga; kick-off 6.30pm BST 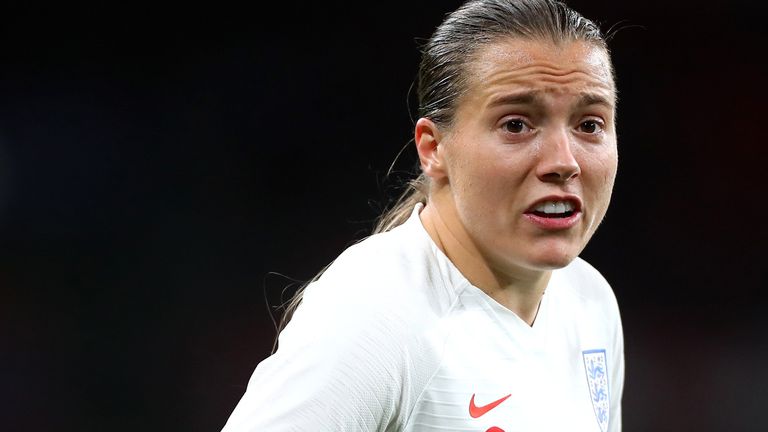 Chelsea forward Fran Kirby is poised to reach 50 England caps in Latvia on Tuesday night and says it would be a proud moment for her.

Fran Kirby is proud of her "rollercoaster" international journey as she prepares to win her 50th England cap in Tuesday's World Cup qualifier away to Latvia.

The Chelsea forward will reach the landmark if she starts, as expected, in Riga (kick-off 6.30pm BST) as England look to maintain their perfect start in qualifying for the 2023 finals in Australia and New Zealand.

Kirby would have likely surpassed the half-century of caps already were it not for her battles against injury, as well as being diagnosed with pericarditis in 2020.

The 28-year-old also quit football as a teenager following the death of her mother, who had earlier told her she would one day play at a World Cup with England.

Kirby went on to do just that, helping England finish third in 2015 and now - with qualification for 2023 progressing well - she is preparing for a special night against Latvia.

"It's been a rollercoaster for sure," she said.

"But it's a journey that I'm really proud of and one that I think, looking back, I probably wouldn't change a lot.

"Obviously I've been through a lot but it's made me who I am, and I've been able to come here and hopefully get my 50th cap.

"I'm really happy about how it's going and hopefully I can keep building.

"I'm just so grateful to be here and be part of this team after the journey I've had. It does take you back to those memories of getting your first cap.

"It's something I'm really happy about and has been a long time coming - something I've had in the back of my mind for a while."

How will England approach Latvia match?

Kirby missed the 8-0 win over North Macedonia last month in Sarina Wiegman's first game in charge but was back for the 10-0 thrashing of Luxembourg.

She also started Saturday's 4-0 victory over Northern Ireland at Wembley as England continued to ease through their opposition.

Their 18-0 aggregate wins in September saw the idea of pre-qualifying matches being discussed by Wiegman and, with Latvia currently fifth in Group D without a point, another heavy victory will be expected on Tuesday night.

However, Kirby insists England will still approach the game with the same level of preparation and focus as when they take on the world's best.

"I think internally we know that we have to play well to win," she added.

"I don't think it's a case of knowing, because we're favourites, we're going to turn up and be able to just score loads of goals. 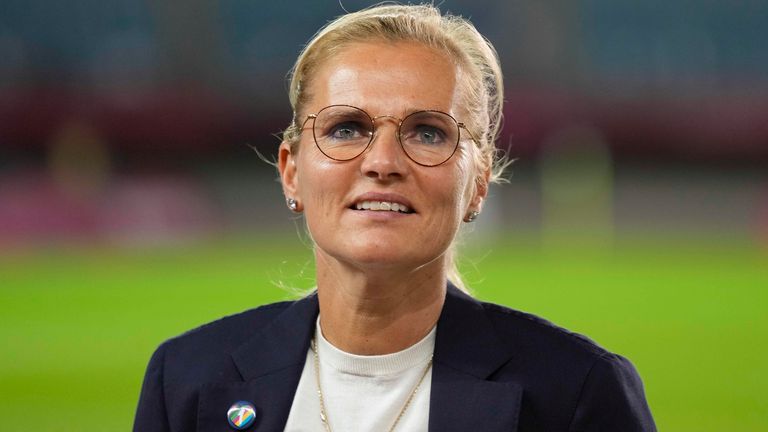 There are concerns over the quality of the pitch for England Women's World Cup qualifier in Latvia on Tuesday night and Lionesses head coach Sarina Wiegman says her players need to be ready.

"We still know that we have to be patient in our play and make sure that we do the right things and we treat each game the same.

"So I think obviously we will be favourites going in because we're ranked a lot higher and we've played higher opposition than Latvia. But we know we have to go in with the mindset that we have for every game, whether it was a top-four opposition or a team like North Macedonia or Latvia.