The Scottish Women's Premier League (SWPL) will kick off next season and features 20 teams across two divisions.

The first Annual General Meeting of the SWPL took place at Hampden Park on Wednesday, which saw the creation of an expanded 12-team SWPL1 (up from 10 teams), alongside eight teams entering SWPL2.

With 20 teams now confirmed across the two leagues, alongside the appointment of the board directors for the SWPL, this formally concludes the adoption of the professional women's game into the new format which is designed to grow and promote women's football across Scotland. 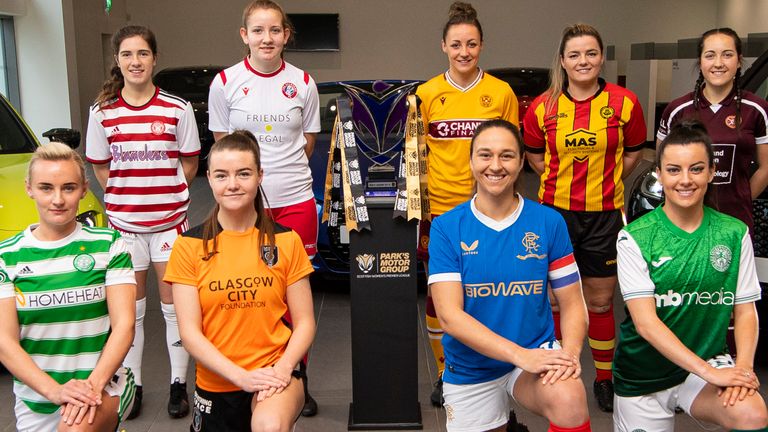 Elite women's football in Scotland now becomes the responsibility of the Scottish Professional Football League (SPFL) after previously being run by Scottish Women's Football (SWF). The SPFL will also run a new League Cup at the dawn of a new era for the women's game in Scotland.

SWPL interim managing director Fiona McIntyre said: "This is a historic day for Scottish women's football. I am delighted to welcome the first 20 clubs to the new league and to congratulate the first club-appointed directors on their election to the board of the SWPL.

"It is important to recognise all the hard work that has taken place to get us to this place. Scottish women's football can now look forward with confidence as a result of that hard work, and the commitment of so many people over so many years." 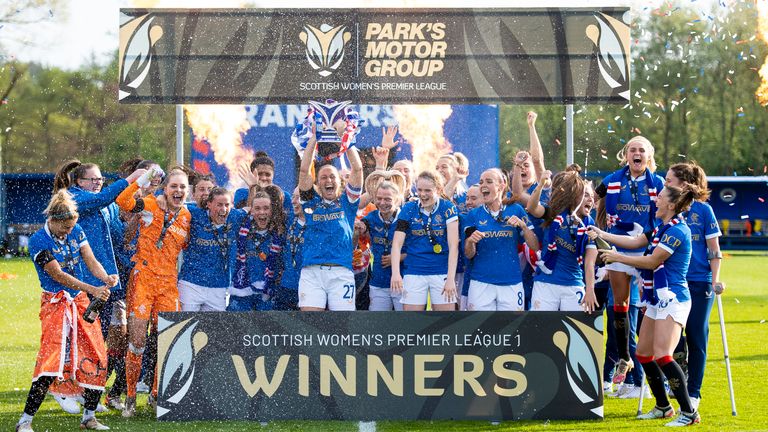 Boss Malky Thomson said he was immensely proud of his players following their first title triumph and told Sky Sports News: "The girls' performance was second to none and I am so proud of everybody at Rangers Football Club.

"There was pressure, and in terms of dealing with that you can try and do so in training but until you actually go through it and experience it and become a winner, it will add onto the journey into next season."