Defending champions Celtic are into the quarter-finals of the SWPL Sky Sports Cup after a 2-0 win over Partick Thistle.

Fran Alonso's side started well and took an early lead after a quick free-kick from Amy Gallacher led to Lucy Ashworth-Clifford opening the scoring at Petershill Park.

It was 2-0 to the holders after 26 minutes as a well-worked team move - with Gallacher again involved - resulted in Jacynta finding the back of the net.

A spirited second-half display by Thistle gave boss Brian Graham some confidence, however, it wasn't enough to stop Celtic from progressing into Tuesday's quarter-final draw. 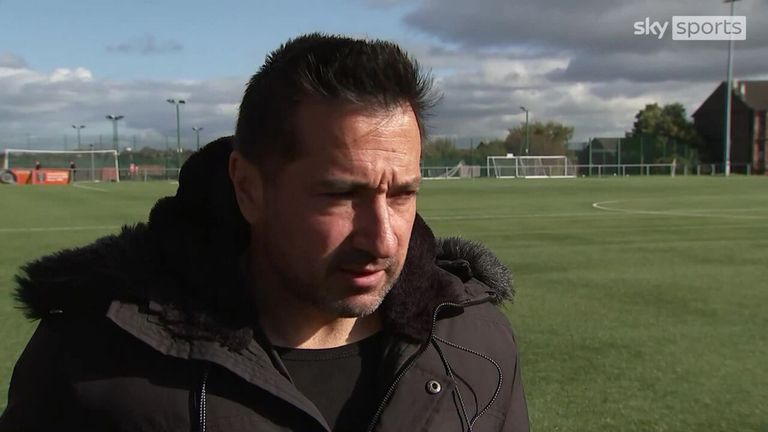 "The result is fantastic because we are in the quarter-finals," said Alonso.

"I thought for 30 minutes we were outstanding, I loved how the team played and the tempo was great.

"I think we were poor for 60 minutes, at least to the standards we want. We didn't stick to the game plan, but overall I have to be happy because the most important thing is to get through.

"It is our dream to at least be in the final and we are one step closer so I'm very happy about that." 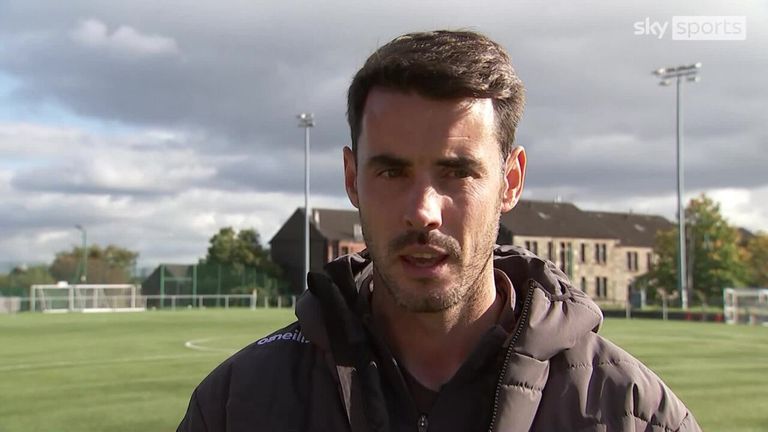 Despite the defeat, Partick Thistle boss Graham said: "I thought second-half we were well in the game.

"For a side that has been flying this season, I think we had them rattled for large parts of the second half.

"Collectively my girls gave everything, especially in the second half, and I'm just disappointed for them that they couldn't get that goal."

Joining Celtic in the last eight are Glasgow City who eased past Aberdeen thanks to a 5-0 win over the Dons.

Last season's SWPL 1 player of the year Priscila Chinchilla put the six-time champions ahead after she fired in Lauren Davidson's cross.

In the second half the duo were involved again as this time Chinchilla was brought down in the box by Aberdeen 'keeper Aaliyah-Jay Meach and Davidson stepped up to double Glasgow City's lead.

Amy Muir's throw-in found Emily Whelan who turned past the Dons defence and made it 3-0 with a superb strike into the top corner before turning provider for Davidson for her second and Glasgow City's fourth.

Meikayla Moore got the final goal - her first for the club - after she met Hayley Lauder's free-kick to seal the win.

SWPL 1 champions Rangers eased past Queen's Park, thanks in part to a Kirsty Howat hat-trick.

It took just six minutes for Malky Thomson's side to make the breakthrough as Kayla McCoy's delivery was turned goalward by Howat who beat Queen's Park goalkeeper Lauren Grant at the second attempt.

Rangers were 2-0 ahead with 20 minutes played as Jodi McLeary got on the scoresheet after Grant denied Kayla McCoy.

Howat had her second and Rangers' third before the break as she slotted home from Colette Cavanagh's delivery.

Kirsty Maclean made it 4-0 - tapping in from Maddie Nolf's cross - before Howat had her hat-trick in the closing stages, slotting past Grant.

The biggest win of the second round came for Hibernian who won 8-0 at Hamilton Accies.

It was a dream start for the forward Thomas who then had Hibs' third and her hat-trick after 33 minutes following some clever link-up play with Adams.

In the second half Adams and McGregor got in on the act before a double from Krystyna Freda and a 90th-minute header from Rosie Livingstone saw Hibs seal their biggest victory of the season.

Spartans took the bragging rights again in the Edinburgh derby with victory over Hearts on penalties.

It was the perfect start for the away side who took the lead after just nine minutes when captain Alana Marshall's corner kick evaded everyone and flew into the back of the net.

However, substitute Rebecca McAllister - who joined on a permanent deal from Celtic in the summer - drew Hearts level.

Extra time couldn't separate the two teams and despite Spartans missing their first penalty, they won the shootout 5-4 when Katie Rood had her spot-kick saved by Rachel Harrison.

Motherwell are also into the last-eight despite a Dundee United comeback.

Kaela McDonald-Nguah fired her side into the lead as a strike from distance flew into the top corner after just 18 minutes.

Motherwell had a second before-half time as Gill Inglis also got in on the act, finding the same corner from distance.

Dundee United did pull one back early in the second half through Tammy Harkin, however, it wasn't enough to avoid a cup exit.

Glasgow Women avoided an upset with a 2-1 win over SWPL 2 side Stirling University who took an early lead through Ann Taylor.

The Glasgow side, who were without a win this season, responded in the second half with goals through Louisa Boyes and Hannah Cunningham to reach the last eight, despite a late sending-off.

Kilmarnock are the only SWPL 2 side left in the competition after beating Gartcairn.

Abby Robinson crossed in for Kirsty O'Brien who nodded home the opener after 34 minutes and a second-half Alex Middleton penalty sealed Killie's place in the quarter-finals and avenged for defeat in a meeting between the sides earlier in the season.