Chloe Kelly: "You want to be comfortable to be at your best and I think it's a huge turning point for women's sport that people are listening to us. For females to be comfortable doing what we are doing is massive." | Hannah George: "Mentally, it is always in the back of your head." 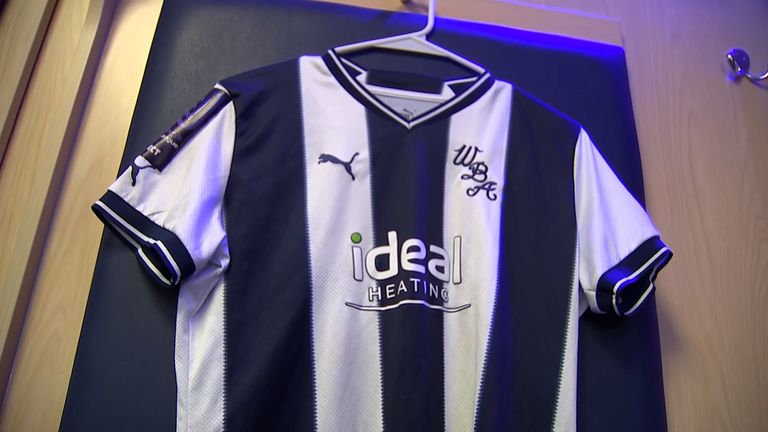 When you have your period, wearing white is something you can do without, especially shorts. It is something lots of sports women have to contend with but for the women at West Brom that is now changing.

West Brom, who currently play in the third tier of the women's game, have historically worn white shorts, but they have now changed their home kit from white to navy shorts after consultation with the playing squad regarding issues wearing white while on their period.

For females to be comfortable doing what we are doing is massive.

It's a move that the club say will remove stress and anxiety for their players.

'Mentally, it is always in the back of your head'

"Mentally, it is always in the back of your head.

It's great that the club are supporting our change to navy shorts. Representing the club professionally and looking smart in the kit is really important to us. This change will help us to focus on our performance without added concerns or anxiety.

"It's a process that you go through, so you have to be prepared. You have your under shorts on and you've got spares of everything. It has to be really prepared."

Any woman will know there is a genuine anxiety that comes with wearing white on your period. At West Brom, the club hopes that by removing this worry, they will ultimately improve the team's performance.

It's our job as staff to find every percentage point we can to support our players to perform at their best. I'm proud the club have supported the decision to switch to navy shorts for our female players. It's another sign of the continued integration of the women's team across the club and recognition of a progressive and inclusive culture.

She said: "Players have lots of things to think about on a game day.

"Removing anxiety around what they are wearing and how their period might impact on that. Players will change tampons and change different items around their periods really regularly because of the concerns."

While the women at West Brom are making this change, this is not a conversation that is unique to this club or to this sport.

The Lionesses take on the USA later on Friday at Wembley and while they say they like playing in an all-white kit, they contacted kit manufacturer Nike with feedback that when it comes to your time of the month, playing in white is just not practical.

England wore the all-white kit during last summer's successful European Championship campaign and after England's 1-0 win over Austria in their opening game, forward Beth Mead revealed they had given their feedback to Nike regarding their concerns over wearing white shorts.

The Arsenal forward said: "That is something we have fed to Nike. I think hopefully they are going to change that.

"It is very nice to have an all-white kit but sometimes it's not practical when it's the time of the month.

"We have discussed it as a team and we have fed that back to Nike."

They were comments that were backed up by team-mate Georgia Stanway, who said: "I think next year there is potentially [going to be] a colour change.

"It's hard because once you're on the grass, nothing else matters."

Kelly: 'People are listening; It's a huge turning point'

Speaking after West Brom's decision to change to navy shorts, Chloe Kelly, who scored the Lionesses winning goal against Germany in the final of the European Championship last summer, says the fact people are now listening is a huge turning point for women's sport.

She said: "You want to be comfortable to be at your best and I think it's a huge turning point for women's sport that people are listening to us.

"For females to be comfortable doing what we are doing is massive." 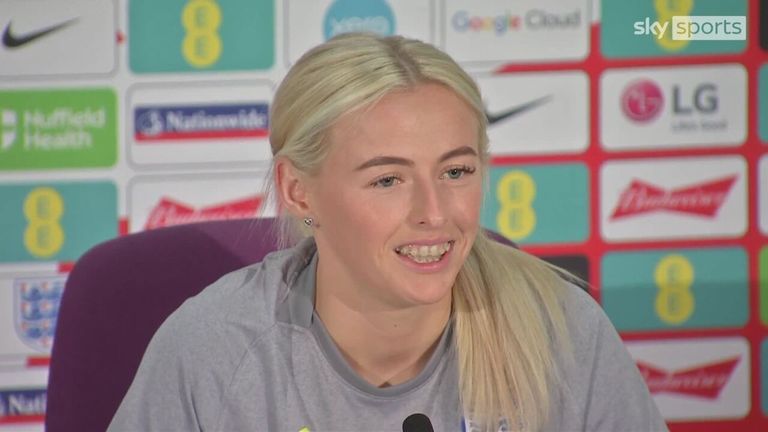 When the Lionesses won the Euros last summer it put women's sport on a stage that many had not seen before.

Some experts say we shouldn't be fooled, though, as their success doesn't mean the system is working for women.

"People believe that because we are into women's bodies, we know how they work and how to get the best out of them, and actually, we don't," The Well HQ's Dr Emma Ross told Sky Sports News.

"So, educating girls, even on their pathway to being elite footballers, about how their menstrual cycle can impact them for better or for worse, how to get the right sports bra and all of those things, are so important for getting the best out of their bodies and not letting their bodies hold them back."

As women's sport continues to grow and our sportswomen across all sports enjoy a bigger platform, it is hoped conversations like this will become the norm.

It's only right that whether they are winning like the Lionesses or not, sportswomen can enjoy a greater say in what they have to wear.