Charlie Nicholas predicts the MNF clash between Wolves vs Man Utd at Molineux.

Nuno Espirito Santo has the energy, drive and passion for the crowd, with Manchester United coming off the back of a 4-0 victory, almost a hallucination is the best way to describe that result.

I thought Harry Maguire was average, he did everything that was asked of him. He was efficient and got about the pitch, but I don't want to hear nonsense about him being a leader and strong on the pitch already, it is too soon. He has started well, but I am suspect about the right-back and left-back positions at Man Utd. Chelsea could have easily scored two or three. I am still not convinced by Manchester United and I would still sell Paul Pogba. 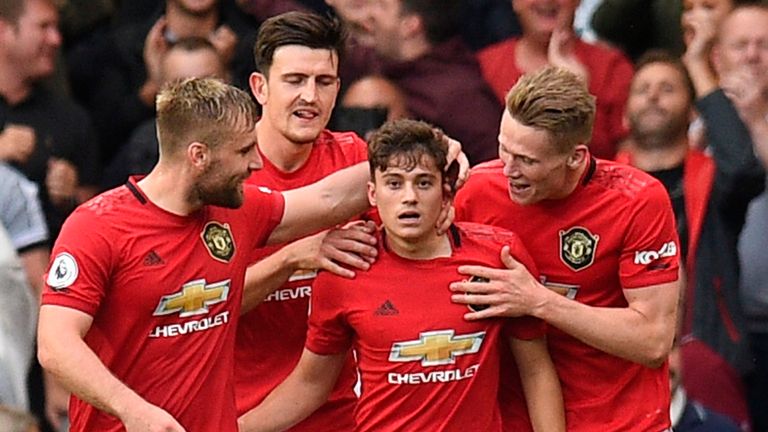 Sheffield United will be really good to watch this year. Crystal Palace on their day can be too. Wilfried Zaha has to be in the mood here. He is the spark, but so too is Andros Townsend occasionally. I cannot believe Christian Benteke is still there, but he can be the guy that makes me swallow the pill and scores the winner in this one.

It is very unpredictable. It was a great point for Chris Wilder after his team hung in there at Bournemouth. But if Zaha is over his mood, he will be the match-winner. 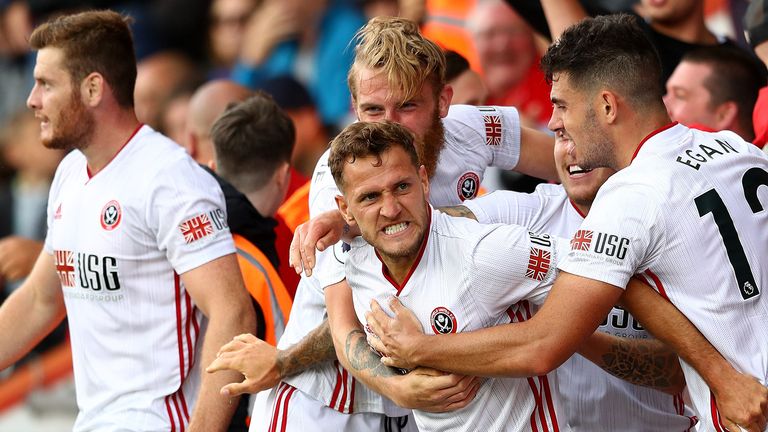 I see pain and suffering for Chelsea. Frank Lampard is playing youth team players at Old Trafford because he is left with no other scenario, but his anger at not being able to drag people off the treatment room is a reflection of where Chelsea are but also where Leicester are.

Brendan Rodgers will play pass and move, pass and move, but this is different, this is Leicester. He has lost Harry Maguire, which was a great deal for Leicester. Is he going to change from what we saw at the latter end of last season? Yes he will, but it will take time.

Ross Barkley will struggle here, because Leicester keep the ball well and move it, so he will see less of the ball to make things happen. It has been a change of circumstances at Leicester and massively so at Chelsea. This weekend is about Lampard getting his team over the line. It is going to be a rollercoaster ride of a season and they will not make the top four.

I am going to go for a surprise score in this one. This is not a negative throw towards Lampard, I wish him well. This team will just take time to truly understand what they are, and they will be more exposed at home than away from home in my opinion. 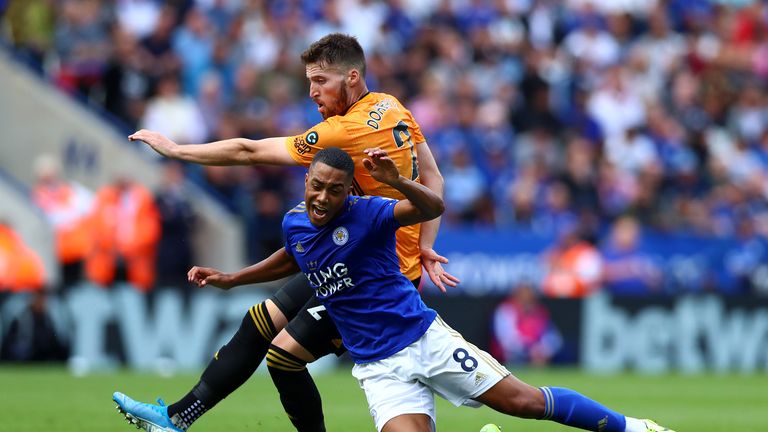 I am extremely happy with Arsenal's start to the season and the way the market has gone. We have to wait on a couple of players getting fit, but I genuinely do think that Arsenal are going to be a tremendously exciting team going forward this year. Pierre-Emerick Aubameyang is up and running, while Alexandre Lacazette and Nicolas Pepe will add to this.

I think what Unai Emery has now after a year is very promising. People can debate whether you spend £300m or £1m, whatever it may be, but you can improve the team with coaching and create the right togetherness. He has identified that they are weak at the back, and that is going to take time so he will try to improve that. To counteract that he needs a plan B and that is to score as many goals as they can.

He was the PSG manager with some explosive stars. Emery couldn't control it and neither could the players, and PSG may win titles but they do not threaten anywhere else. Is the project working there? It's not. He has a project at Arsenal that he trusts and believes he can go somewhere. Burnley had a great weekend, there is no doubt about that. They have to start well at the Emirates and will give it a good go, but Arsenal will get the win.

I thought a lot of people got excited about the Aston Villa situation at Tottenham, hanging on and hanging on throughout. Are they going to be this team? I don't think that is the way they should play. Jack Grealish is a huge talent and I am a massive fan, but Villa need to play him higher. He is not a deep-lying player. It takes you two to three years to understand it at the top level.

I like what Dean Smith has done - Villa are not threatened by relegation but Grealish is the Duracell battery. You can play Grealish and John McGinn in front of a holding midfielder, and if you do that I believe they can make the top eight and threaten for Europe. If Smith gets this right, it could be that good.

What a result for Brighton at Watford last week. West Ham turned up scared against Manchester City and were punished. Declan Rice is not a superstar footballer. He is a very talented and progressive player who will get better, but West Ham are about creative ability and making chances, which Rice does not do. It will take Jack Wilshere time, too, but despite that I am going to go for an away win.

Watford have kept Abdoulaye Doucoure because he is a good player, and then he goes and scores an own goal last week! With Everton, it is like the boiler that has been renewed. Is it going to work and are people going to press the right buttons? If Marco Silva didn't get the results coming out of the back of last season he could have gone.

They went big in the market and invested up front. Have they got strikers yet? Is there anything in there that could spark them into life? They have given the manager every resource he could get. Where are they going to play Alex Iwobi? I see a team that is going to be creative but weak at the back.

Watford's disaster last week could be a wake-up call and they don't need to attack so could sit in. I am looking forward to seeing how Everton get back to business but I am sitting on the fence.

It's a cracking game again I loved the Manchester United game against Chelsea, the way the game unfolded and how expansive it was. This is one of those games. There is a spark in my brain that questions where Mauricio Pochettino thinks he is? It is a judgement of where his team is at. What team will Pep Guardiola pick?

Christian Eriksen came off the bench last week and helped, but do they change the system or format? I think there are issues at Tottenham, but it is not the manager's making. It's between the players and owners, but I see problems here for Tottenham. Man City, with Sterling having scored a hat-trick away from home, are mind-blowing.

This is an absolute belter. Norwich knew Liverpool was a free-swing. It could have been more for Liverpool. Teemu Pukki getting a goal was good for him. His movement is very good.

Newcastle were giving themselves high-fives for clearing balls last week and I didn't understand that. I cannot congratulate someone for being vulnerable defensively. Steve Bruce is not as not organised and thorough as Rafael Benitez. He doesn't play that game. He will be saying: 'have we shown much going forward?'

You always thought Arsenal were going to win the game. Bruce is quite good at manipulating teams especially away from home. Miguel Almiron looks quick and will be the star here.

I am not convinced by Liverpool this season. Are they going to be good enough for second? Yes they are. Liverpool cannot and will not be as good defensively - Alisson is out already, too. Southampton will be looking at different things and how to exploit this Liverpool team.

Virgil van Dijk still makes mistakes and is an elegant, beautiful footballer to watch, but he is expected to win headers and play how he does. I think Southampton, after the rotten result, will be at it here.