AC Milan and Bologna among the clubs said to be interested in signing Ibrahimovic, according to Sky in Italy

Zlatan Ibrahimovic has mutually parted ways with LA Galaxy, but has vowed to his fans that "the story continues".

The Swedish striker will end a two-year spell at the MLS club when his contract expires in December.

Ibrahimovic scored 52 goals in 53 starts for Galaxy after leaving Manchester United in March 2018, but his final match ended in defeat to Los Angeles FC in the MLS Cup playoffs conference semi-finals.

However, Ibrahimovic has taken to Twitter to thank Galaxy fans for making him "feel alive" and ensure his followers his "story continues".

The 38-year-old finished his post by joking: "Now go back to watch baseball."

LA Galaxy President Chris Klein said: "We would like to thank Zlatan for his contributions to the LA Galaxy and Major League Soccer. 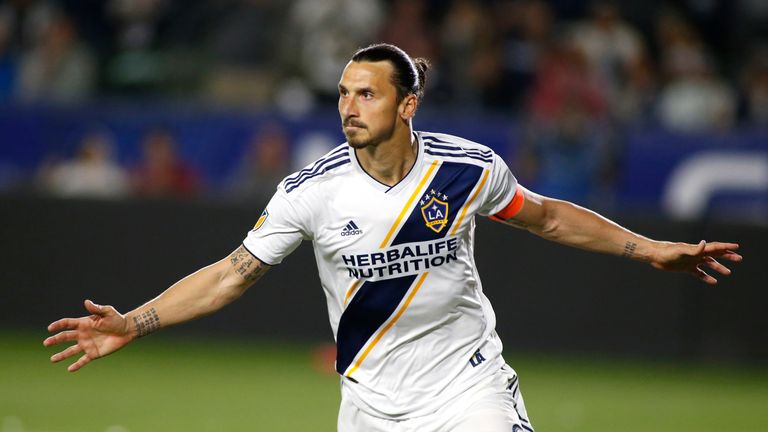 "Since his arrival in 2018, Zlatan has positively influenced the sport of soccer in Los Angeles. We are grateful for his work ethic and passion.

"We thank Zlatan for his professionalism and immeasurable impact on the Los Angeles community and the soccer community in North America as a whole."

Despite Ibrahimovic's incredible goal tally, Galaxy won just one playoff game during his tenure and he missed out on the MLS MVP award this year to LAFC's Carlos Vela, who scored an MLS-record 34 goals.

Ibrahimovic, who has played for some of the biggest clubs in world football including Ajax, Juventus, Inter Milan, Barcelona, AC Milan, Paris Saint-Germain and United gave no indication over his future.

Although, he has been linked with a return to Serie A, with AC Milan and Bologna among the clubs said to be interested in signing the free agent, according to Sky in Italy.