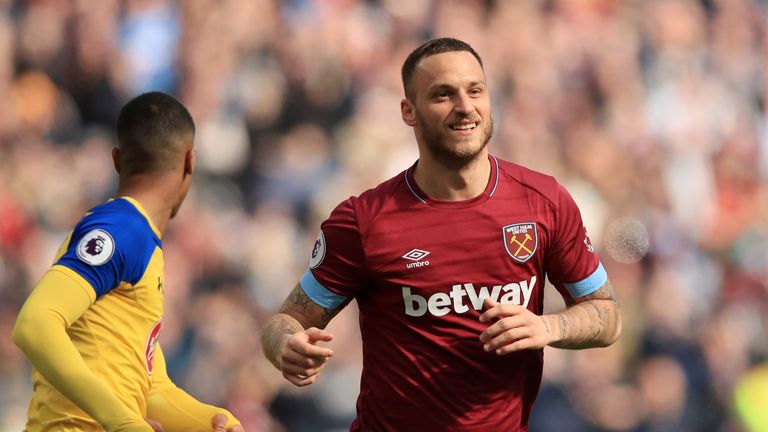 West Ham vice-chairman Karren Brady has made no promises over Marko Arnautovic's future at the club, and insists Manuel Pellegrini will decide whether the forward stays at the London Stadium

West Ham vice-chairman Karren Brady has made no promises over Marko Arnautovic's future at the club, and insists Manuel Pellegrini will decide whether the forward stays at the London Stadium.

The Austria international was the subject of a bid from a Chinese side in January, and he made it clear he wanted to leave.

However, Arnautovic then changed his mind and signed a new contract at West Ham that keeps him at the Premier League side until 2023.

Brady did not offer any assurances the 30-year-old would honour that deal though, telling Sky Sports News: "It's the same with every player - their future at the club is determined by the manager. Not by the chairman, not by the board and certainly not by me.

"The board support whatever decision he makes, and that's the way it should be."

Brady revealed that Pellegrini has identified which players he wants to strengthen his squad with this summer, and that the manager has discussed his targets with chairman David Sullivan.

"It's never ending; we spent over £100m last summer," Brady said. "The transfers are always dealt with between our chairman David Sullivan and the manager directly.

Karren Brady was speaking as a Community ambassador for Village Hotels at an event to promote their new Village Green community campaign.