Manchester United are close to agreeing personal terms in principle on a five-year contract with Jadon Sancho, as discussions continue at an advanced stage with Borussia Dortmund over the structure of the transfer fee. 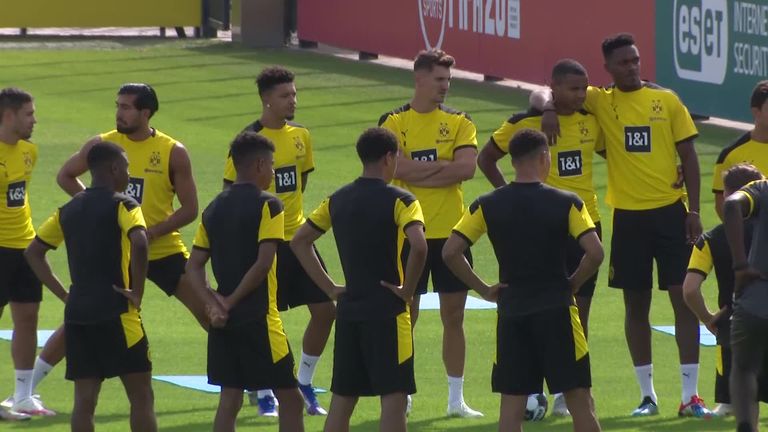 Jadon Sancho trained with his Borussia Dortmund team-mates, including Jude Bellingham, on Monday 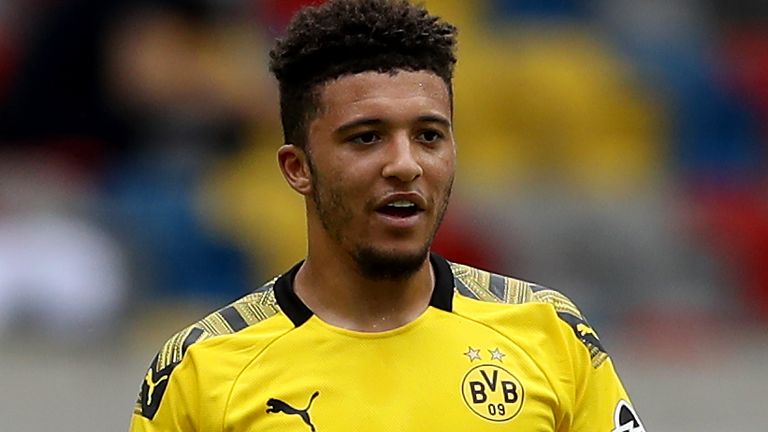 Should the club fail in their attempts to prise Sancho away from Dortmund, Manchester United could sign Bayern Munich winger Kingsley Coman on loan. 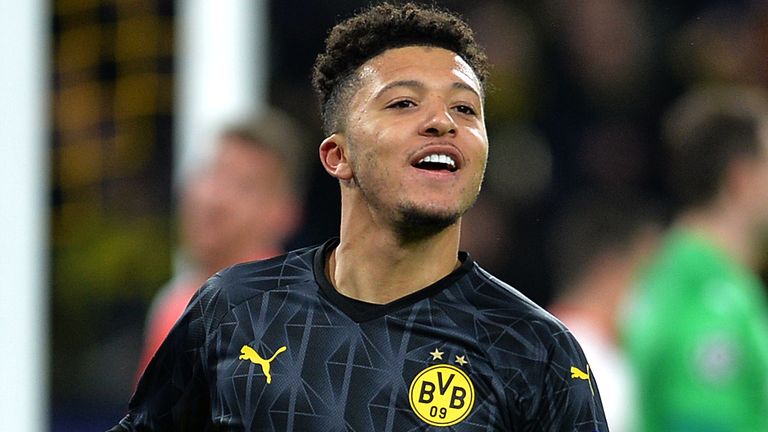 Manchester United are close to agreeing personal terms in principle on a five-year contract with Jadon Sancho, Kaveh Solhekol reports

"At the moment, all parties are increasingly confident that a deal can be done for Jadon Sancho to become a Manchester United player. Personal terms are close to being agreed in principle, but I don't think we should read too much into that because United are one of the richest clubs in the world.

"United don't want to spend that much money on Sancho, especially because they're the only club in talks to sign him at the moment, so why should they pay over the odds? But Dortmund are sticking to their guns.

"What is happening now are discussions about the structure of the deal. Talk about instalments and down-payments is nothing new, but that is what's being discussed at the moment. United are trying to be sensible by not spending too much money.

"But there is an expectation that the deal is going to be done. If you're a Manchester United fan, it's a case of being patient."

Raphael Honigstein told latest Transfer Talk podcast: "There's absolutely no doubt he would be a huge improvement on what they have, especially if you think of the traditional importance of width in the United team. Wingers that would get the crowd excited and those who take on players, whip in crosses and score themselves - all these things Sancho will do.

Giggs: United should try to sign Sancho and Grealish

Manchester United should try to sign both Sancho and Jack Grealish this summer, according to Ryan Giggs.

"Sancho is quick, direct but also an intelligent player. What I like about him is when he gets into those areas with the final ball, he doesn't panic. A lot of quick wide players sometimes do but he picks out the right pass.

"He's someone who can counter-attack if we're going to play that but also if a team are going to sit back, he can beat players and make things happen.

"They are two signings that may be available and if we're able to get them, I would go and get them."