Watch Kilmarnock vs Celtic live on Sky Sports Football from 3:30pm on Sunday; Kick-off is at 4:30pm 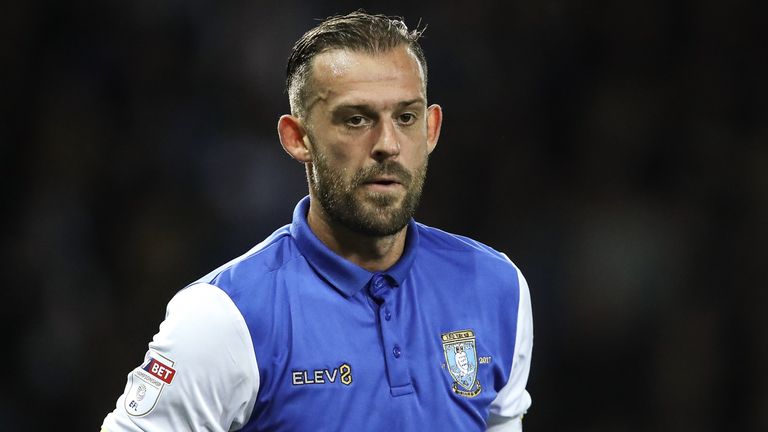 Celtic are interested in bolstering their forward line with the potential signings of free agents Steven Fletcher and Lyle Taylor.

Neil Lennon told Sky Sports News Celtic were interested in Fletcher following his departure from Sheffield Wednesday at the end of the season.

The Celtic boss confirmed talks had taken place with the striker's representatives but was keen to point out Fletcher was just one of a number of options for the Scottish champions.

And it is believed one of those alternatives is former Charlton striker Taylor who turned down a short-term deal to finish the 2019-20 Championship season with the club.

In total, the 30-year-old scored 11 goals in 22 outings last term and has previously been linked to Rangers but the Ibrox side appear to have cooled their interest following the signings of Kemar Roofe and Cedric Itten.

Meanwhile, Fletcher rejected a new deal with Sheffield Wednesday at the end of a season where he scored 13 times in 30 appearances for the Owls last term.

The 33-year-old Scottish forward began his career with Hibernian before moving south of the border to play for Burnley, Wolves and Sunderland before arriving at Hillsborough.

Overall Fletcher has scored 38 goals in 100 starts and 36 substitute appearances for Wednesday after joining four years ago.

Sky Sports - the new home of Scottish football - has announced its plans ahead of the Scottish Premiership season with Eilidh Barbour presenting coverage of up to 48 live matches.