Former Liverpool captain Phil Thompson says he does not expect the current squad to remain unbeaten in the Premier League this season.

Liverpool's current team is close to being "one of the greats" as they chase a first league title in 30 years, says Phil Thompson.

Thompson, who himself won seven titles as a player at Anfield during the 1970s and 80s as well as three European Cups, all during the most successful period in the club's history, thinks only titles will allow Jurgen Klopp's current crop of players to be ranked among the best Liverpool sides of all time.

The former defender has been so impressed with Reds' improvement over the last 18 months he thinks they have already exceeded the performances of his era in some ways - and is confident they can add more trophies to their cabinet after lifting the Champions League and Club World Cup in 2019.

"We did it for nearly two decades," he told Sky Sports News. "Greatness comes from doing this on a regular basis. Klopp's broken that duck and it just happened to be against Tottenham, who they play this weekend.

"You look at what Liverpool did last season, getting 97 points and not even winning the title, we didn't do anything like that to win the league. But if this team are going to be one of the greats, and bring it back after 30 years of hurt, it'll be a most wonderful thing - but then they need to keep on doing it. "Everyone always says 'back in the heyday', but no, we didn't do that. This team is quite extraordinary. The clean sheets they're keeping, the goals they're scoring, everything. There's so many good things about this team and they just have to keep the focus now.

"But it's not done. no trophy has ever been given out at the beginning of January."

Can Jose upset the apple cart?

Liverpool are 37 Premier League games without defeat - one short of a season's worth - but have plenty of history with Saturday's opposing manager, Jose Mourinho.

The Portuguese was in the opposition dugout in 2005 when a 'ghost goal' ended up sending Liverpool into that year's Champions League final at the expense of his Chelsea side, but he got his revenge eight years later when he returned with Chelsea, and Steven Gerrard's slip allowed Demba Ba through to score at Anfield, with the Blues' 2-0 win that day effectively denying Liverpool the Premier League title that season. 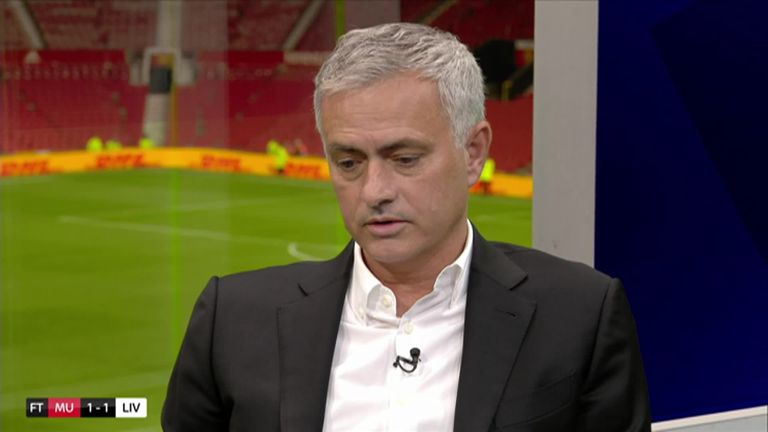 While still a Sky Sports pundit earlier this season criticised Liverpool's difficulties to get through a 'low block' against Manchester United, the only team they have dropped points against in the current campaign.

Mourinho has himself made himself a master of the art of compact defending in previous roles, although he has found life tougher at Tottenham, who have conceded 13 goals in the nine league games of his tenure to date.

"Jose loves nothing better than to upset Liverpool, Liverpool fans," Thompson said. "This will be another opportunity for him. I think it's one of those big things that deep down, he would really have loved to have managed Liverpool, so when it comes down to it he wants to beat us, and do his utmost to put one over on us.

"This is a Spurs side who are expected to win games playing a certain way, but sometimes Jose would rather sit back and hit on the counter-attack, and have a low block."