Elite sport can continue in England despite a new Tier 5 lockdown announced by the Government on Monday but increasing positive cases of coronavirus mean matches may have to be postponed; Derby's FA Cup tie with non-league Chorley on Saturday is at risk 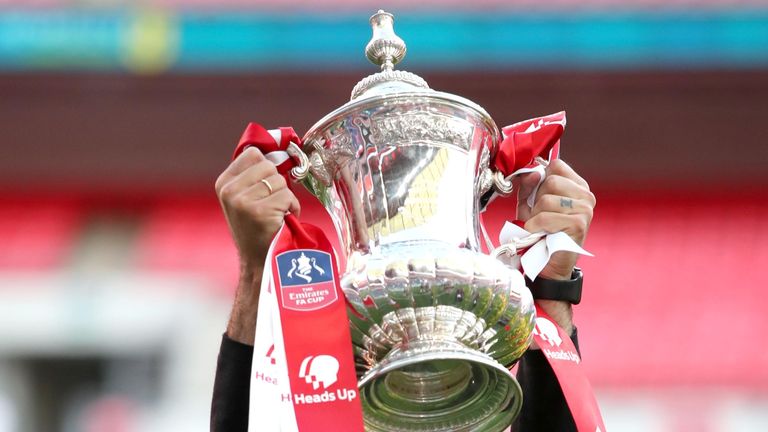 An increasing number of positive coronavirus tests in the Premier League and a growing number of cancellations in the EFL have led to concerns that clubs may be unable to fulfil FA Cup matches.

No unilateral decision has been taken about whether postponing and re-arranging FA Cup matches is possible, with all teams taking part in this weekend's FA Cup games having to be tested for coronavirus 72 hours before the fixture.

It, therefore, remains unclear whether the availability of U23 and U18 players means a club can technically fulfil a fixture - any club which feels it cannot do so must apply to the FA for a review.

The FA will then investigate the individual circumstances at that club, considering factors such as whether they followed the necessary protocols; how many players are affected; and what is the strongest team they could actually field, before a decision is made by the Professional Game Board.

Derby are just such a club, with Saturday's match against National League North side Chorley looking increasingly in doubt, with the Rams announcing on Monday night that "several" first-team players and staff had tested positive for the virus, and that the Moor Farm training ground had been closed as a result.

A final decision might not be made until Wednesday or Thursday.

While no further details about the situation have been revealed because of medical confidentiality, Sky Sports News has been told that the number of positive tests is high enough to mean Derby couldn't field 14 senior players in any game as things stand.

It is believed almost the entire Derby first team squad has either tested positive or is self-isolating for 10 days having come into contact with someone in the squad who has tested positive.

An additional problem for Derby is that six members of their U23s squad are currently part of the first team "bubble" and have been training with them and are also having to self-isolate. That could well mean that Derby have insufficient players even within the U23s squad to fulfil their FA Cup requirements.

However, should a number of Derby's players test negative in their Covid-19 tests later this week, that would mean those players were no longer expected to self-isolate, and would instead be available to play.