The rise of Luka Modric: From Croatian refugee to FIFA's Best Player

Ahead of England's UEFA Nations League clash with Croatia on Sunday, we take a look at Luka Modric's journey from humble beginnings to becoming FIFA's Best Player - and a key threat to Gareth Southgate's side.....

Forced to flee his home in Yugoslavia with his family aged just six due to the horrors of the Croatian War of Independence, Modric grew up as a refugee in his own land within the walls of the large, dilapidated Hotel Iz in Zadar. But despite this turmoil, he was given the platform to showcase his football talent at NK Zadar - then a top-tier Croatian club.

Modric's height and slight frame counted against him, though, and he was thus turned down by Hajduk Spilt, despite Zadar chairman, Josip Bajlo's observation that although "he was skinny and really small for his age, you could see right away that he had that something special in him".

Tomislav Basic, one of Modric's early coaches at NK Zadar - considered his 'sporting father' by the player himself - facilitated a move to Dinamo Zagreb in late 2001 and after a year playing within the club's youth set-up, the 18-year-old midfielder won Player of the Year in 2003/04 during a loan move to Zrinjski Mostar of the Premier League of Bosnia and Herzegovina.

A further temporary spell the following season - this time with Inter Zapresic - saw Modric help the club to finish as runners-up in the Croatian First Football League and before long he was rewarded with a 10-year contract by Zagreb. Almost immediately, he spent a portion of his newfound riches by purchasing a flat for his family in the city of Zadar; rewarding them for the sacrifices they made in order to further his development in such difficult circumstances.

Part of a Zagreb team that triumphed in successive top-flight campaigns from 2005 to 2007, Modric was a vital component in the midfield and his play-making ability was a significant factor in the development of Brazilian-born Croat, Eduardo da Silva, who netted a remarkable 54 league goals across the two title-winning seasons.

But it was all-change at Stadion Maksimir at the conclusion of the 2006/07 season. Eduardo completed a £7.5m move to Arsenal, while defender Vedran Corluka joined the impending revolution at Manchester City. Despite reported interest from Arsenal and Barcelona, though, Modric opted to remain and was rewarded for doing so; Dinamo completed a league and cup double, winning the former by an astonishing 28-point margin.

Following his reluctance to previously depart his homeland, Modric agreed a six-year deal to join Tottenham in April 2008 and moved to White Hart Lane for £16.5m in the summer.

The 'lightweight' tag followed him in the early stages of his time in north London as Spurs started September rooted to the bottom of the Premier League, but when Harry Redknapp - who had taken the reins from Juande Ramos - spotted the burgeoning talent of the Croatian he hauled him in from the left wing and planned to build a team around Modric in order to make him the club's star man.

His stock began to rise from there. Modric starred during Spurs' first taste of the Champions League in the 2010/11 season and, in a season in which they finished fifth in the league, he made the highest average number of passes per match for Spurs (62.5) with an accuracy rate of 87.4 per cent.

His sheer skill at dictating the tempo of a game drew suitors from far and wide and in the summer of 2011, Chelsea firmed up their interest in the midfielder with failed bids of £22m and later £27m.

With Chelsea's interest looming, Modric did not feature on the opening day of the next season against Manchester United as rumours of a final bid remained in the headlines. The rumours came true on Deadline Day as the Blues offered £40m for his services - but again Spurs rejected the offer.

Though his significance to Redknapp's side remained intact, Modric forged a gentleman's agreement with Spurs chairman Daniel Levy that would see the club entertain offers from 'big clubs' should they be tabled in future.

"Magnificent. He's an amazing footballer, the little man takes the ball in the tightest areas with people around him, wriggling out of situations. He could play in any team in the world," former Spurs boss Redknapp once said of Modric. In the summer of 2012, he joined one of the best.

As the 2011/12 Premier League season drew to a close, so did Modric's involvement in the competition. He signed off with a sublime volley in Spurs' 4-1 thumping of Bolton and on August 27, joined Jose Mourinho's Real Madrid for a reported £30m fee, becoming part of what has become known in some circles as the 'second era of Galacticos'.

As had been the case with his start at White Hart Lane, Modric initially found the transition challenging, with a lack of pre-season training and a fierce competition for places affecting his start at the Bernabeu. From the summer of 2013, however, the appointment of Carlo Ancelotti proved to be the catalyst for an upturn in Modric's performances in the Spanish capital.

A formidable balance was struck with a central midfield pairing of Xabi Alonso and Modric and it was this partnership that became the fulcrum of a side that lifted the Champions League and the Copa Del Rey in 2013/14. Though joined by Toni Kroos following Alonso's departure, Modric spent a large chunk of the next campaign on the sidelines due to injury and Ancelotti made it clear his absence 'hurt' Real, and was a contributing factor in their failure to win a second successive Champions League title and a first La Liga title since 2011/12.

A key member of the squad ever since, Modric has appeared 268 times for Real, scoring 13 goals and contributing 41 assists. They are stats which only tell part of the story of his contribution to a trophy haul that features five Champions League wins, two Spanish Super Cups and a solitary La Liga medal.

The best player in the world

As captain of Zlatko Dalic's Croatia side, at this summer's World Cup, Modric led by example - as usual. Named by numerous outlets as the best player of the group stages after scoring two goals, he successfully converted two penalties as the nation became just the first team since Argentina in 1990 to win two shootouts in a single tournament and pulled the strings in their semi-final, extra-time victory over England. 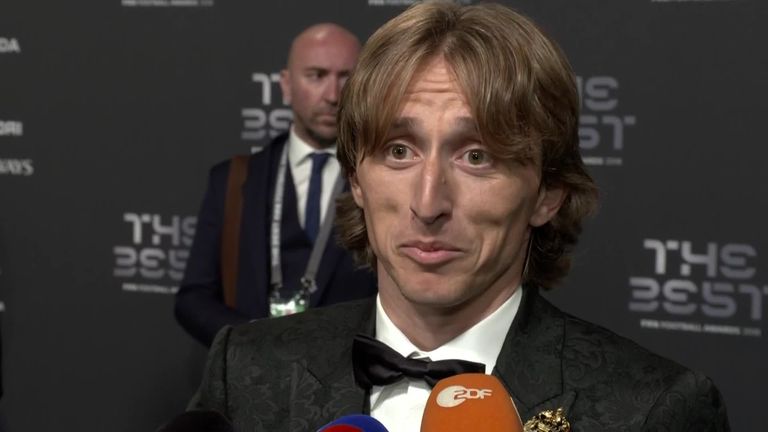 The 33-year-old completed 87 per cent of his passes in Russia, ran 72.3km across seven matches and, ahead of the final, had completed the most passes in an opponent's half and was ranked top in terms of amount of dribbles per match.

Cruelly, the fairytale came to an end in the final, when pre-tournament outsiders Croatia lost 4-2 to France in Moscow, but Modric's contributions were recognised by him winning the Golden Ball for Best Player of World Cup 2018. 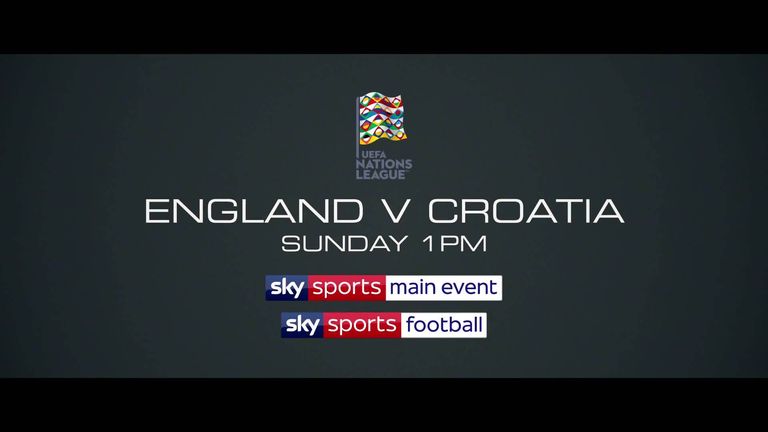 In the aftermath of his loan spell with Zrinjski Mostar all the way back in 2003/04, Modric said, "Someone who can play in the Bosnian league can play anywhere." After the glittering year he has enjoyed, it seems his early predictions were correct - and England will have another close look at his talents when they meet him again in the Nations League, live on Sky Sports on Sunday.

Get Sky Sports Football to see England take on Croatia. Find out more.

A version of this article first appeared on skysports.com in October 2018