Paul Merson is back for another round of Premier League predictions ahead of a busy weekend of action.

Attention turns to the north London derby on Super Sunday but not before league leaders Chelsea look to extend the four-point gap to second-place Spurs at Everton, also live on Sky Sports.

And it all comes to a close on Monday Night Football as Watford host top-four hopefuls Liverpool at Vicarage Road.

So who is Merson tipping this week? Read on to find out...

Tottenham were the better side in the FA Cup semi-final but Chelsea were so clinical. They have scored four goals in consecutive games, beating a very good side in Spurs and a good one in Southampton.

It was a massive football result at Stamford Bridge, but fair play to Tottenham, they responded at Selhurst Park. 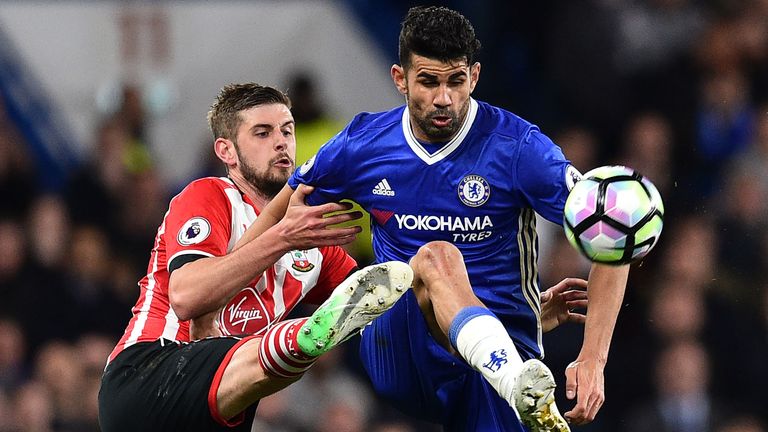 Everton are a weird team. They get to a certain stage, you think they're set to kick on for a top four or top-five place, and they just melt away.

They have not taken that next step and I worry for them. It will be a competitive game but Chelsea should have too much.

Credit to Arsenal for that performance in the FA Cup semi-final against Man City. I didn't see it coming.

But I cannot bring myself to back them to beat Tottenham on Sunday. I weigh it up and think, where do Arsenal win this game?

Alexis Sanchez needs the match of his life, Mesut Ozil needs to have an unbelievable performance, and it needs to go their way on the day. 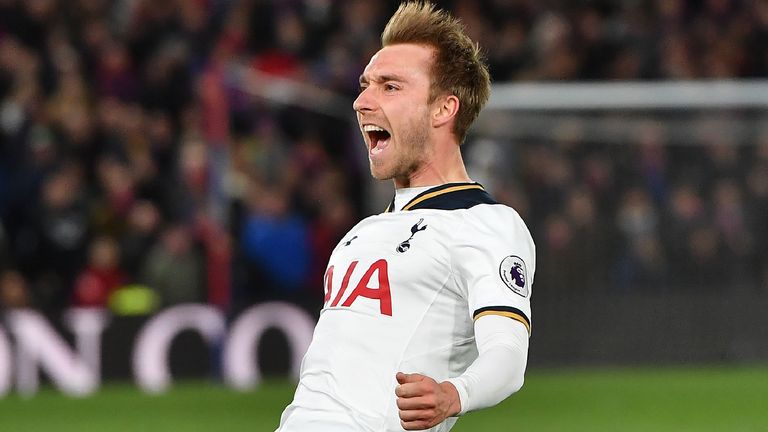 Spurs maybe felt they just had to turn up at Palace and I think Big Sam's team shocked them a little bit. They must have got a rollicking at half-time, Mamadou Sakho then got injured and Mauricio Pochettino took off his holding midfielders.

In the end, they deserved to win and it was a massive three points. I can't believe I'm saying this but I'm going 3-1 to Spurs this weekend. There's a long way to go in this title race.

When Liverpool play the likes of Man City away, I fancy them to get a draw or even more. But when they face teams like Watford, I'm not so sure.

That's been the problem with them this season. They are playing Watford and I'm having to think about it.

Having said that, the Hornets are on their holidays. Hull had 10 men and beat them 2-0. If that doesn't say it all, nothing will.

If City had won on Thursday, that would have probably been it for United's top-four hopes and Jose Mourinho would have had to put all his eggs in the Europa League basket.

But with the draw at the Etihad, United will have a good chance of finishing in the top four and they'll go full strength against the Swans.

I see a comfortable 2-0 win for the hosts at Old Trafford.

Middlesbrough have to go for it and so do Manchester City. Unfortunately for Boro, I think that spells trouble for them.

They have given themselves a chance with their win over Sunderland and if they somehow fluke a result against City, they are right back in the survival picture.

It's a big ask, though, and I don't see it happening. All City have left is the top four so this is huge.

I fancy Leicester to win. They made it hard for Arsenal at the Emirates and were a little unlucky. They had a couple of decent chances to score and did well at Crystal Palace the week before.

West Brom are usually strong at home but the two 1-0 defeats to Southampton and Liverpool respectively have concerned me a little bit.

This is a game Hull might fancy to end that miserable away record. They might be thinking, 'This can be the one', especially when you consider Swansea are at Manchester United. It's an opportunity.

But Southampton are a better team than many give them credit for this season. They are a decent side and should have too much for the Tigers.

This feels like a dead rubber. West Ham are safe and Stoke don't have too much to play for other than jostling for mid-table.

In this sort of situation it's safe to stick with the home team and while I think West Ham will score, I fancy Marko Arnautovic to get plenty of joy again.

I'm a big fan of the Austrian.

Sunderland are down. It might not be mathematically confirmed just yet but they are gone. It was a bad result against Middlesbrough.

They have to go all-out for the win on Saturday and they are not good enough at the back to pull off that kind of attacking style.

That doesn't mean I agree David Moyes has to go. It's a case of be careful what you wish for. He's a good manager and he's been dealt a hand without proper investment.

Sakho will be a massive miss for Palace, you saw that in the second half against Spurs. The game changed after he went off and Tottenham dominated.

Burnley are another team that can't figure it out away from home and that will cost them at Selhurst Park, which is a tough place to play.

I can't see them coping with the pace and skill of Wilfried Zaha. His battle with Kyle Walker on Wednesday was absolutely brilliant.

To be fair to Walker, as the game went on he started to get a grip of Zaha but it wasn't easy.