Paul Merson Says: Why does Willian escape criticism for running down Chelsea contract?

Paul Merson gives his view on Willian's contract situation at Chelsea and explains why Alexis Sanchez's return to Man Utd would make sense.

Willian is very fortunate. Don't get me wrong, he's a brilliant player and I still think he's one of Chelsea's best players, there's no question about that whatsoever, but I think he's been fortunate in terms of getting away with the contract situation this season.

He's let his contract run down and no one has said a dicky-bird about it. We have seen so many players get plenty of stick over running down their contract and leaving on a free. Normally everybody goes mad but with Willian, because he's played so well, it's gone under the radar.

He's got no stick off the fans whatsoever and you have only got to look at the Christian Eriksen situation at Tottenham to know he's been a bit fortunate with that.

But Willian is world class, and Chelsea have not got a lot of world-class players. Willian has been outstanding, he could play for Manchester City tomorrow. There will be teams queuing around the block to sign him. He's a special player and for me, Chelsea have dropped one by letting it get to this situation. He wants a three-year deal, but I think he has not got much chance of that now. I do not see clubs giving out contracts like that anymore. One minute we are sitting here, and everything is rosy, the next minute it is all up in the air.

Clubs are giving players £300,000-a-week but no one is doing anything at the moment - there is no way clubs are going to be doing that anymore.

Willian is a great player and in the next two years he will be a great player, but in the third year, he will not. Who's ripping up the Premier League at 34? No one. So I just do not see how Willian gets a three-year deal now, unless he already has a deal agreed.

Let's not kid ourselves, when this sort of situation crops up usually a player has already agreed a deal with another club. It's already done and dusted. Willian is not sitting and waiting until the end of the season on the chance he's going to fill his boots. That's normally all sorted in January. 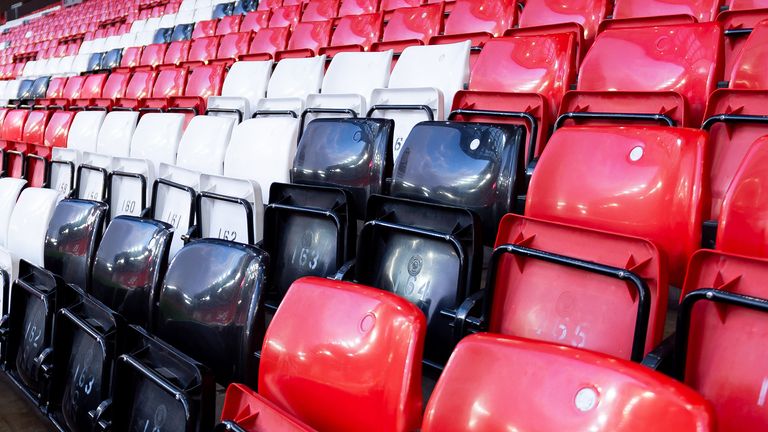 It's very rare someone sees their contract out and then goes from there because you cannot take that chance. I would be shocked if he has not already agreed a deal to join another club because it's very rare to not get your situation sorted.

You are allowed to talk to other clubs from January, so I just do not see why you would wait. Why would you take that chance? Football is such a short career and there was no one who would take that chance of a loss of form or a bad injury.

I would be so surprised if he has not sorted out his next club and his next contract but if he has not, he's stuck because I do not think he will get a three-year deal now.

With what is currently going on, I cannot see a team going out and spending £100m on a player anymore. Teams are going to have to stick with what they have got so Manchester United keeping hold of Alexis Sanchez and bringing him back into the fold would come as no surprise.

The other options would be to go and find a replacement and they would have to spend £60m or £70m to do it. I just don't think clubs are going to do that anymore, and actually, I do not think people care.

The clubs cannot ask the government to pay the wages of their staff and then once this has passed, and hopefully it will, go and spend £60m, £70m and even £80m on players. That's taking the mick at the highest level!

For that reason, I can understand Sanchez coming back to play a part at Old Trafford because, on his day, he is a great player.

After this, people are going to appreciate things a lot more now - and that includes some of the footballers who get bundles of money and think they can just stroll through. Sanchez was one of those players, but I think he will probably now think this life goes very quickly, especially a football career.

Players might start to appreciate that more and he could come back, work hard and be a success because you cannot go from being that good at Arsenal to be that bad at Manchester United, you just can't.

It's definitely a better United than the one he left too. They were flying before the suspension of the league. They have had some excellent performances and some brilliant results so that will benefit him too.

He's got to come back and appreciate he's at one of the biggest clubs in the world, if not the biggest. There is logic in Sanchez going back at Old Trafford, he's a top player and if they can get even half the player he was at Barcelona and Arsenal back, he will be an asset.