Michael Carrick is in temporary charge at Man Utd after Ole Gunnar Solskjaer's sacking but Ralf Rangnick is being lined up as interim boss until end of season; Watch Chelsea vs Man Utd live on Sky Sports Premier League from 4pm on Sunday; kick-off 4.30pm. 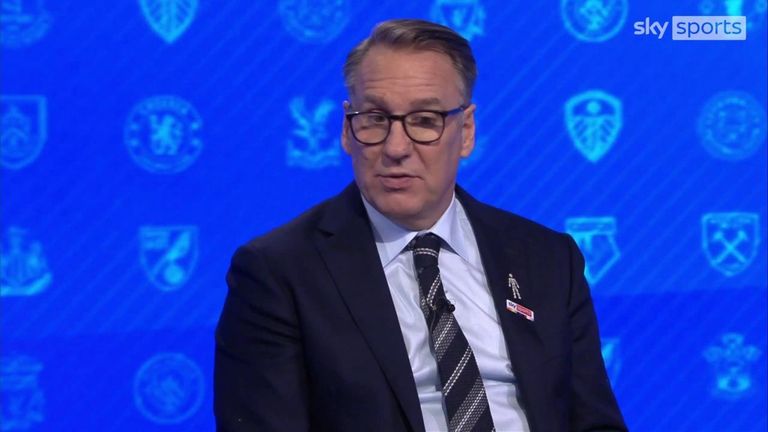 Paul Merson has questioned whether Ralf Rangnick's track record makes him the right person to turn around Manchester United's fortunes.

Michael Carrick is currently coaching the team following Ole Gunnar Solskjaer's sacking last Sunday but Rangnick is set to be appointed as interim manager. The plan would then be for him to move into a consultancy role at the end of the season, when United intend to bring in a long-term boss.

However, despite Rangnick's highly respected reputation in the game as an intensive coach who has overseen the rise of clubs such as Hoffenheim and RB Leipzig through the German leagues, Sky Sports pundit Merson believes the challenge at United is different to anything he's faced before and won't be easy.

"Why do they need an interim manager? Because they don't know what they're doing at the moment, in my opinion," Merson told Soccer Saturday.

"Ole would have been at the club still today if it wasn't for two goals in the last minute at Watford. I don't think there was any plan. They didn't think in their wildest dreams it was going to end up like that at Watford. At 2-1, I think he's still in charge come Sunday. I think they were going to keep it going as long as they could.

"Now, to bring in a manager… I'm hearing people going how great he is - but he's never managed in England, he's never managed one of the top teams in the world. Why is that? Why has no one else come in for him when managers have been up?

"I hear great things about him, people saying he's going to press and he's hard working and he's turned lesser teams into real contenders. But that's a lot different, getting a Schalke or a Hoffenheim to a certain stage.

"When you're asked to go to one of the biggest clubs in the world and they already have superstars and you've got to make them play... it's all right at Schalke and Hoffenheim because they're going to listen and they want to get there. These [United] players are there and you have got to get them to go again.

"What I'm hearing is it's like a gimme, he'll come in and that will be it. That Man Utd are lucky. I'm not sure about that."

Merson added that the recent performances of the United players during defeats to Manchester City, Liverpool and Watford would make coaching them a tough job for any manager.

"Man City was embarrassing," he said. "Liverpool was bad but it wasn't as bad as Man City, and then Watford was an absolute joke.

"At the end of the day, we can all say 'Solskjaer, Solskjaer' but it's the players who cross the line, they have to turn up and play the game.

"You could have Pep Guardiola on the bench sitting next to Jurgen Klopp and Thomas Tuchel but, if the players aren't running around, it doesn't matter what you're doing on the bench."

Mauricio Pochettino is favourite to be handed the reins at United next summer but Merson is also uncertain about how that appointment could play out.

Former Tottenham boss Pochettino is currently in charge of Paris St-Germain and contracted with the French club until 2023, but Merson says the performances of PSG this season - good or bad - could complicate matters.

"And if you do [win the Champions League] and PSG do it for the first time ever, if you're PSG you want to keep him there to dominate Champions League football for the next three, four years."

Alan Smith discusses Ralf Rangnick's appointment as Man Utd interim boss, what he will bring to the club, and how he could help their young players kick on. Is he paving the way for Mauricio Pochettino? Alan assesses Rangnick's consultancy role, which is planned to start next summer, too.