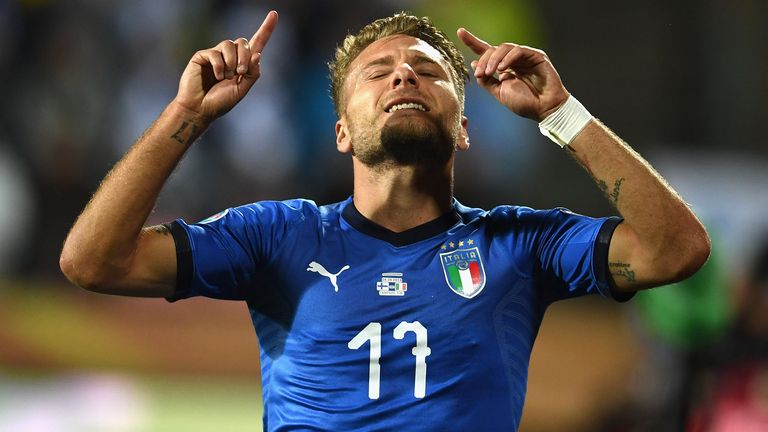 Highlights of the Euro 2020 qualifiers match between Finland and Italy.

Italy required a late penalty to extend their 100 per cent record in European Championship Qualifying Group J with a 2-1 win over Finland.

Finland looked to be heading for a shock point when Teemu Pukki scored from the penalty spot in the 72nd minute, cancelling out Ciro Immobile's 59th-minute opener.

But the Italians hit back and claimed the points eight minutes later when Jorginho converted his own spot-kick after Sauli Vaisanen was penalised for handball in the box.

Arsenal striker Henrikh Mkhitaryan scored twice as Armenia claimed a 4-2 win over Bosnia-Herzegovina in Group J which prompted the resignation of the Bosnia coach Robert Prosinecki.

Elsewhere in Group J, Dennis Salanovic scored four minutes from time to claim a rare point for Liechtenstein in a 1-1 draw against Greece in Athens. 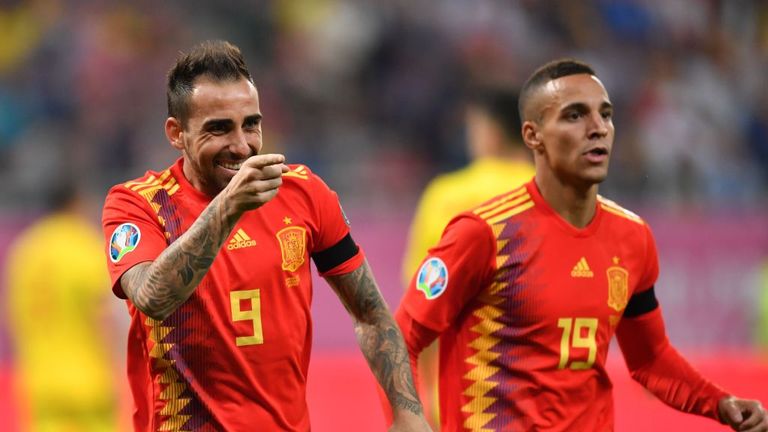 A much-changed Spain line-up extended their 100 per cent record in Group F with a 4-0 stroll against the Faroe Islands.

Rodrigo slid home the opener in the 13th minute but the visitors put up some sterling resistance until the same player extended the lead six minutes into the second half.

All square in Solna Highlights of the European qualifier Group F clash between Sweden and Norway.

Sweden held on to second place after Emil Forsberg's 58th-minute strike salvaged a 1-1 draw against Norway in Solna.

The Norwegians had gone ahead on the stroke of half-time when Josh King pounced on a desperate mistake by Sweden defender Andreas Granqvist and squared for captain Stefan Johansen to fire home.

A George Puscas header early in the second half proved just enough for Romania to cling into their qualification hopes with an unconvincing 1-0 win over Malta in Ploiesti. 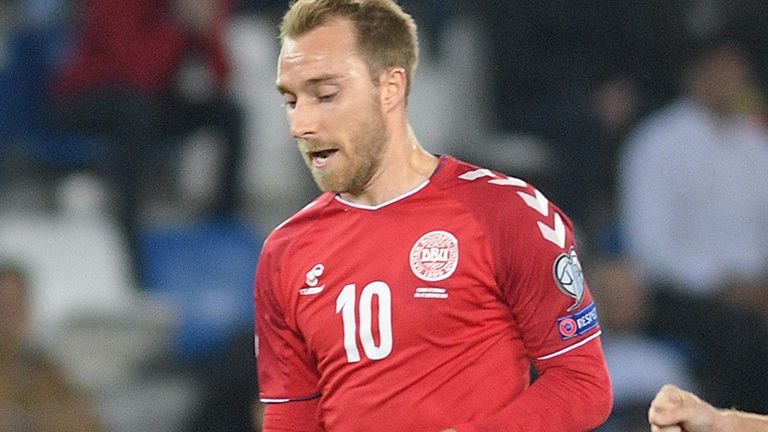 Highlights of the European Qualifiers Group D match between Georgia and Denmark.

Denmark had to settle for a frustrating goalless draw against Georgia in Tbilisi, with substitute Christian Gytkjaer hitting the bar and Georgian keeper Giorgi Loria making a series of good saves.

The Danes remain second in Group D behind the Republic of Ireland, with Switzerland in third place with a game in hand after their 4-0 win over Gibraltar.

The Swiss needed 37 minutes to break the deadlock but ultimately cruised to victory with goals from Denis Zakaria, Admir Mehmedi, Ricardo Rodriguez and Mario Gavranovic.