Steph Houghton sustained the injury in the final training session ahead of Friday's 2023 World Cup qualifier against North Macedonia; the Manchester City defender will now return to her club for further assessment, with Arsenal's Leah Williamson instead captaining England at St Mary's

England Women captain Steph Houghton has withdrawn from the squad to face North Macedonia after suffering an ankle injury in training.

The Manchester City defender sustained the injury in the final training session ahead of the 2023 World Cup qualifier at St Mary's and will now return to her club for further assessment.

Arsenal's Leah Williamson will instead captain England for the first time on Friday night in Houghton's absence.

England head coach Sarina Wiegman said: "First and foremost we would like to wish Steph a speedy recovery and hope to see her back fit soon. 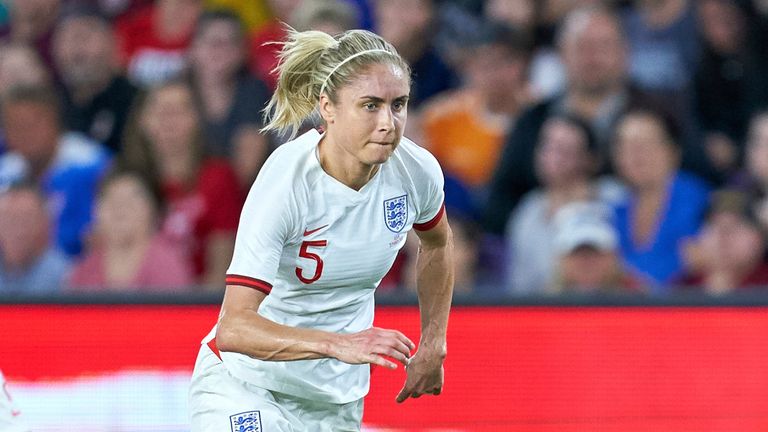 Speaking earlier this week, Houghton said she was looking forward to the start of the Sarina Wiegman era

"This is also an exciting opportunity for Leah Williamson to wear the captain's armband at senior level for the first time and I look forward to seeing her in action.

"We hope to see as many of our fans as possible at this evening's match as we get our World Cup campaign underway."

Houghton's withdrawal follows that of her Manchester City team-mate Esme Morgan, who suffered a broken leg against Tottenham last Sunday.

England were already without the City quartet of Ellie Roebuck, Keira Walsh, Lucy Bronze and Chloe Kelly due to injury.

Wiegman has been encouraged by the first look at her Lionesses squad - but is not setting any targets just yet.

Wiegman was appointed as Phil Neville's successor in August 2020, but started the role at the beginning of this month, after leading the Netherlands through their Olympic campaign this summer. 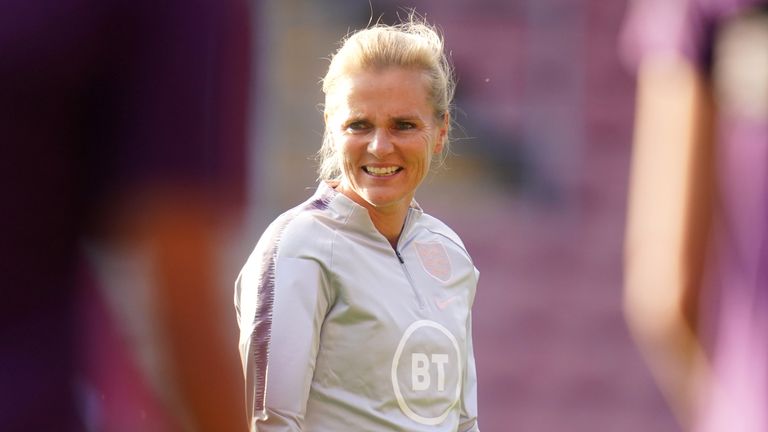 Her first game in charge comes against North Macedonia, before the Lionesses travel away to face Luxembourg on Tuesday.

The 51-year-old has a proven track record of winning, leading her home country the Netherlands to Euro 2017 victory and finishing as runners-up at the 2019 World Cup in France.

And when assessing England's chances of repeating home-soil success at next summer's Euro 2022 tournament, Wiegman said: "What I know is we have a very good team, that the players are very willing to become better, to work together, very eager to learn.

"The ingredients are here to perform really well. The competition will be so strong, so I don't know where we will be next year.

"But I know now that the start is really good, I'm really enjoying it and these are the ingredients to continue and to become better."