Ellen White marked her 100th cap with a 45th international goal, enough to hand England a 1-0 Women's World Cup qualifying victory over Austria as they extended their perfect start to the campaign on wintry Wearside 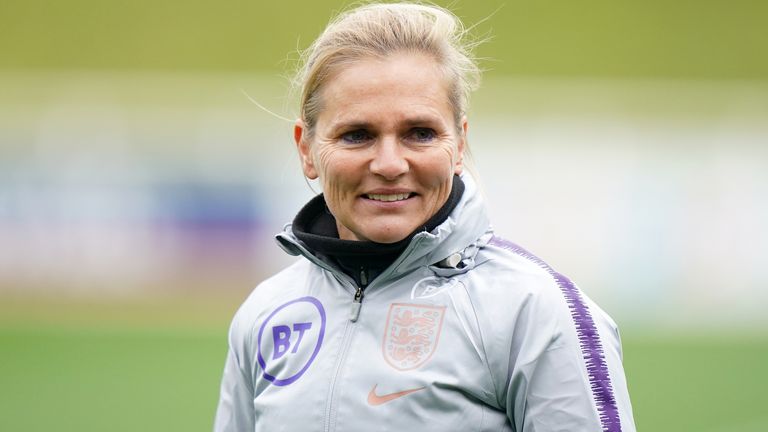 England boss Sarina Wiegman saluted striker Ellen White as she marked her 100th cap with a winning goal to close in on Kelly Smith's record.

White's 40th-minute strike secured a 1-0 Women's World Cup qualifying victory over Austria at the Stadium of Light and took her to 45 goals for her country, just one behind Smith.

Wiegman said: "It's just an incredible achievement. If you have 100 caps, you've been so consistent.

"I've learned to know Ellen as a real professional player, a terrific team player and then the consistency she brings - still she wants to become better every day, and that's really special."

Manchester City's White will have a chance to match, and perhaps surpass, Smith when England host Latvia, who they beat 10-0 in Riga last month, at the Keepmoat Stadium on Tuesday.

Wiegman added: "It could be another opportunity. I think it's a matter of time, and that also says the consistency is there. She had her 100th cap, she gets a goal, she's very close to this record, so it's very exciting.

"But also how we all live this, it's a team performance and today it was Ellen who scored the winning goal, which is really nice. But it doesn't actually matter who wins the game. 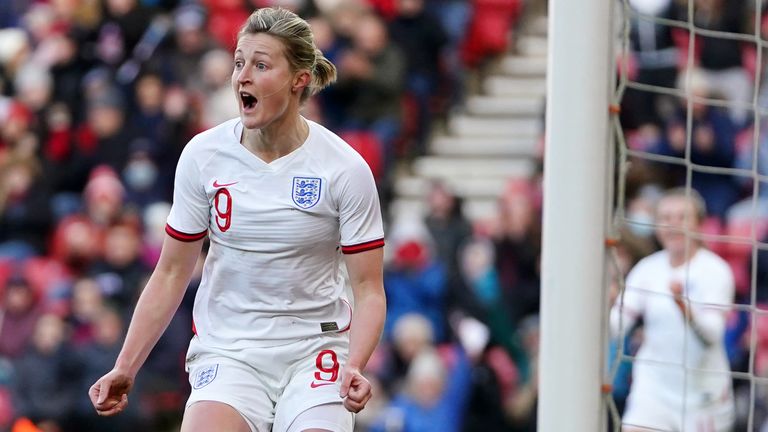 "You also see that Ellen is so happy that she scores the goal, but as long as we keep scoring goals, then we're happy - and if she breaks that record, of course we would be very happy for her."

The win over Austria extended England's perfect start to their Group D campaign to five wins out of five and left them five points clear at the top, but proved hard-fought in wintry conditions.

They dominated much of the game, but needed two second-half saves from Mary Earps to maintain their record of not having conceded a single goal in qualification.

Wiegman said: "Today was one of the hardest games because when we weren't tight enough on the ball, they were becoming dangerous, so we needed two saves from Mary - very good saves, by the way, very important ones.

"It was a tough game with tough opponents who were very well organised and sometimes pretty dangerous on the counter-attack.

"Overall, we had a good performance. We didn't start that well and sometimes in the second half we had some hard times and times when we made some mistakes that they almost benefited from, but overall we dominated the game."

She said: "It was clear before the game that England were going to be favourites, and that also could be seen in today's match.

"I'm proud of how the team performed, how diligently they defended and, at some points, how they played offensively as well."

England Women are next in action on November 30 at home to Latvia; kick-off 7pm. Austria travel to face Luxembourg on the same night at the same time.