Gary Neville: Man Utd have the makings of formidable attack

United cruised past Aston Villa with another ruthless attacking display on Thursday as a 3-0 victory at Villa Park saw Ole Gunnar Solskjaer's side extend their unbeaten run to 17 games in all competitions.

United became the first team in Premier League history to win four successive games by a margin of three or more goals, a run that has propelled them back into contention for Champions League qualification with four games remaining.

"Mohamed Salah, Roberto Firmino and Sadio Mane are matured, they are established, they are the real deal - the best front three in the Premier League. I was saying that even when Manchester City were winning the league," he told the Gary Neville podcast.

"The three that United have got are not at the level of Liverpool's front three yet, you wouldn't expect them to be, but they have the talent and ability. 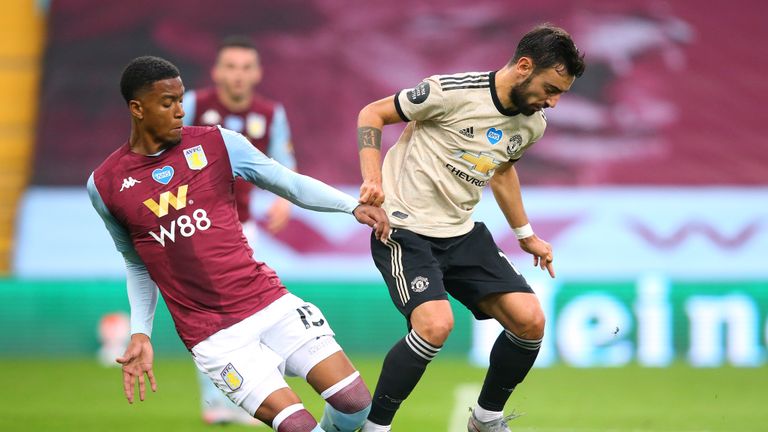 "The Liverpool front three are ahead, but it is exciting for Manchester United. If you believe in young players and give them opportunities in the positions they want to play in, you will be amazed what you can achieve." 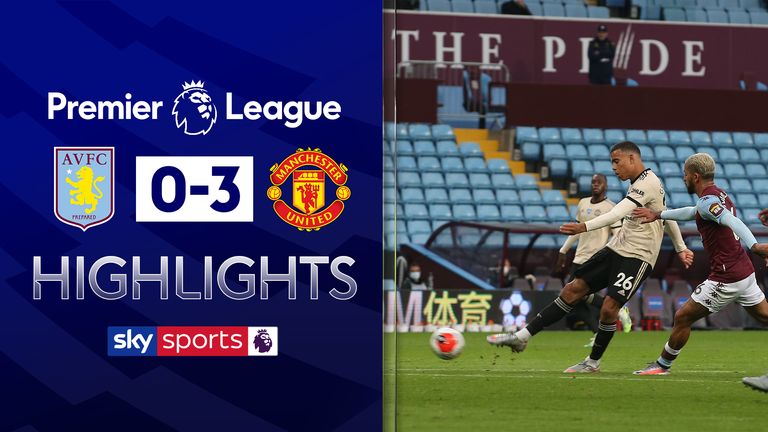 FREE TO WATCH: Highlights from Manchester United's win over Aston Villa in the Premier League.

Neville: Outstanding Greenwood can be anything he wants

Greenwood underlined his status as one of English football's most promising talents with United's second goal at Villa Park - his fourth goal in three games. 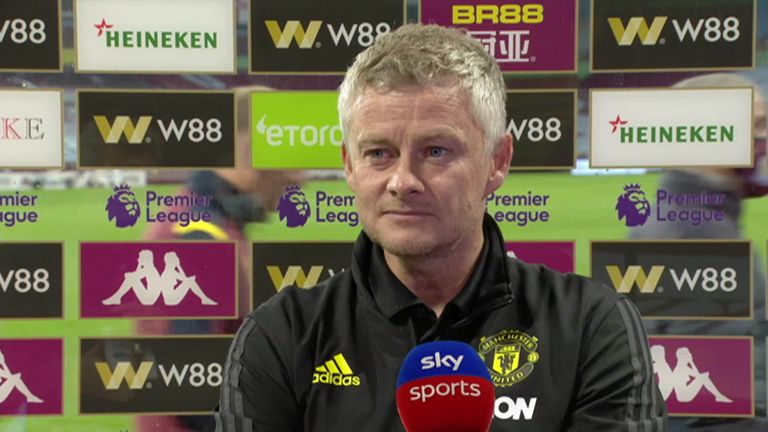 Ole Gunnar Solskjaer believes that the referee was right to award Manchester United the penalty in their 3-0 win over Aston Villa in the Premier League and also praised youngster Mason Greenwood after he scored another goal.

Neville believes Greenwood already stands above Rashford and Martial in the pecking order at Old Trafford and thinks the time has come for England recognition.

"I think Greenwood will develop into a central striker naturally over time. There will come a time when he will step up, he's stepping up game by game now," he added.

"He is outstanding, his talent is incredible. He has everything, the composure, the receiving of the ball, the awareness, the finishing ability.

"You look at Martial, Rashford and Greenwood and think who you would put your money on to finish from all areas of the field. Inside the box, outside the box, left foot, right foot - it would be Greenwood. He's 18 and that is the exciting part.

"It's a no-brainer for him to be in and around the England squad. Gareth Southgate is getting more and more options by the month, players a being developed and are breaking into top teams now.

"Greenwood is such a brilliant talent, if he continues to work hard and keeps his feet on the ground, he can be anything he wants."

Formidable United have their swagger back

Neville added: "Manchester United are playing with confidence, arrogance, particularly against teams that are in the lower end of the table, teams they have struggled to break down in the past.

"They look authoritative, they have possession, control and patience. They are so sure now that they can go from walking to injecting quality through Bruno Fernandes, Paul Pogba, Greenwood, Martial, Rashford. They have so many options and United are looking formidable.

"They are still not there in terms of Manchester City and Liverpool, that is where they need to get to, but they are on an upward trajectory and are certainly looking a lot better than they were.

"There is cause for optimism. You were thinking there wasn't a midfield, that Pogba was going to leave, they didn't have a right winger and all of a sudden Greenwood appears, the back four and goalkeeper have looked shaky at times, but they are getting themselves together.

"It's looking a lot more positive. It's not a time to get carried away, it's still a time to invest and improve the squad but it is a lot better for Solskjaer."

Champions League and a trophy?

United's win at Villa Park moved them to within a point of fourth-placed Leicester, who they face on the final day of the season.

Neville is confident his former club will overtake the Foxes and qualify for next season's Champions League irrespective of Manchester City's appeal against their two-season UEFA ban, and believes there could be silverware secure too. 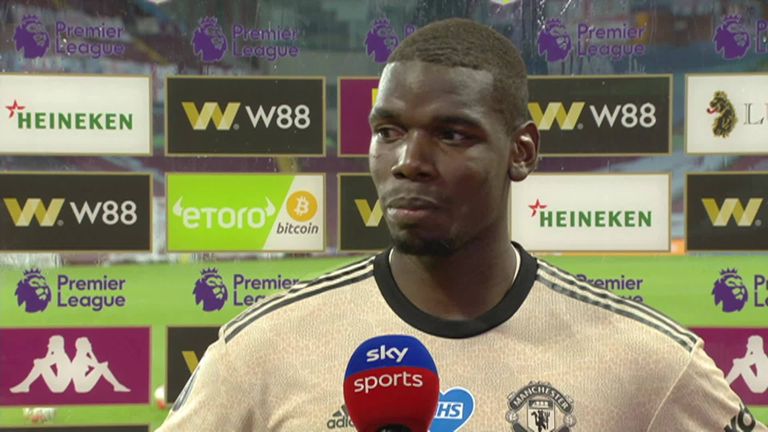 Paul Pogba is delighted to have returned from injury and to be playing his part in this exciting Manchester United team after their 3-0 win at Aston Villa in the Premier League.

"Leicester have had a great season, for them to be in front of United at this stage is a great achievement," he said. "But you would be surprised if United didn't go and follow this through. They've got a good run of fixtures and have got Leicester to play as well.

"United look so dominant at this moment in time. You'd almost like to see them playing the likes of Liverpool and Manchester City to see where they are, although that could come in the FA Cup and Europa League games.

"It's been comfortable for United in recent weeks and Ole Gunnar Solskjaer will want those big tests because they look ready for them. They have looked so comfortable in games and they will go on to have a really good season.

"At times this season I wondered what was going to happen, but I think they will overtake Leicester and get into the Champions League, and they could even win a trophy with it all to play for in the two cup competitions they are still in."