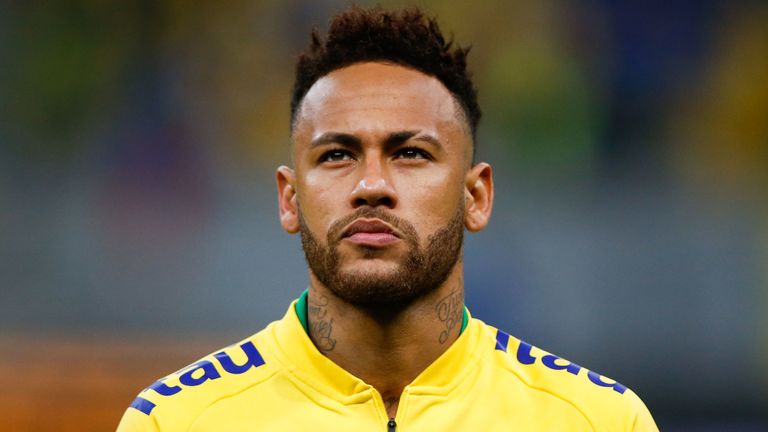 Real Madrid and Barcelona both remain optimistic they can sign Neymar before the close of the transfer window in Spain on September 2, according to Spanish football journalist Dermot Corrigan.

Sky Sports News understands PSG are prepared to sell the forward they paid £200m for back in 2017.

Barcelona are expected to make a loan offer to PSG for Neymar, which will come with an obligation to buy.

However, Real believe the relationship between Barca and PSG will make that deal a difficult one to do and feel their chances of landing the Brazilian could improve as the deadline draws closer, according to Corrigan.

"Both Real Madrid and Barcelona would love to get Neymar before the Spanish window shuts but neither of them have the money to go for a full transfer outright," Corrigan told Sky Sports News.

"Barcelona had a board meeting yesterday. They are looking to get a formal offer to PSG to try and take him on loan.

"Real Madrid are confident that if they wait then things will fall their way. They believe the relationship between the directors of PSG and Barcelona is so bad that the closer it gets to the end of the window, the better their chances will be of signing him.

"At the moment, both are still optimistic of their chances without anyone being sure they can get a deal done."

Neymar has told PSG he wants to leave the club but he has not revealed which of Real or Barcelona would be his preferred destination.

"Neymar has been very careful not to go public with where his preferred destination would be because he is not sure how it is going to work out," Corrigan said.

"He has made it clear he would like to leave but PSG but it comes down to the finances.

"Both Real and Barcelona have already spent a lot of money this summer signing players like Eden Hazard and Antoine Griezmann.

"They would both need to sell if they could or work on some kind of loan move, which seems to be the most likely option at the moment."

Manchester United were interested in signing the Denmark midfielder this summer but ended their interest as they believed he has his heart set on a move to Real Madrid.

But Corrigan believes Real's focus is on Neymar at the moment and they are unlikely to sign both.

Asked about the possibility of Eriksen joining Real, Corrigan said: "That seems to be a bit less likely. Zinedine Zidane really wanted to get Paul Pogba earlier on this summer. That was his number one target for his midfield.

"There were some at the Bernabeu who liked Eriksen and saw him as a very good option.

"I would not rule it out completely but the latest feeling is that everybody has kind of moved their focus from Pogba to Neymar. If Neymar does go to Real, they are unlikely to bring in another name this summer."