Heading into the last day of the Premier League season, it is still all to play for at both ends of the table and in the race for the European places; Man City will be champions if they beat Aston Villa; Spurs and Arsenal are after fourth while Leeds and Burnley are avoiding the drop

Nine months of toil comes down to one final matchday in the Premier League this Sunday.

Even after 37 dramatic matchdays of Premier League action, everything that there is to fight for - the title, Champions League football, Europa League qualification and the relegation fight - is still up for grabs.

Manchester City rescued a 2-2 draw at West Ham leaving the door open for Liverpool to move a point behind them with a 2-1 victory at Southampton.

Jurgen Klopp's side still need City to drop points in their final game of the season at home to Aston Villa if they are to claim a domestic treble.

Tottenham Hotspur and Arsenal are vying for the final Champions League spot while Manchester United and West Ham are battling it out for qualification for the Europa League and Europa Conference League respectively.

And, at the bottom end of the table, one of Leeds and Burnley will join Norwich and Watford in the Sky Bet Championship.

So with all of the final top-flight matches kicking off at the same time at 4pm on Sunday, what does every team striving for their targets need to achieve them?

Sky Sports runs through the state of play and all the permutations as the season reaches its crescendo.

Manchester City (90 points) have already won three Premier League titles on the final day of the season - in 2012, 2014 and 2019 - and they could do so again this Sunday. Pep Guardiola's men lead Liverpool by a solitary point.

An unlikely play-off for the Premier League title is still possible, in the event of both Man City and Liverpool finishing on the same number of points, goal difference, goals scored and goals conceded - with their head-to-head record already level.

For that play-off to happen, Manchester City would need to lose 6-0 at home to Villa, with Liverpool and Wolves drawing 5-5 at Anfield.

Man City, Liverpool and Chelsea have confirmed their place in next season's Champions League group stages.

After their draw with Leicester, Chelsea (71 points) have effectively sealed third place - only an 18-goal swing would see Tottenham usurp them on Sunday when the Blues will host already-relegated Watford.

Fourth-placed Spurs can still be caught by Arsenal (66 points), who suffered a major blow to their Champions League aspirations on Monday night by losing 2-0 away to Newcastle. 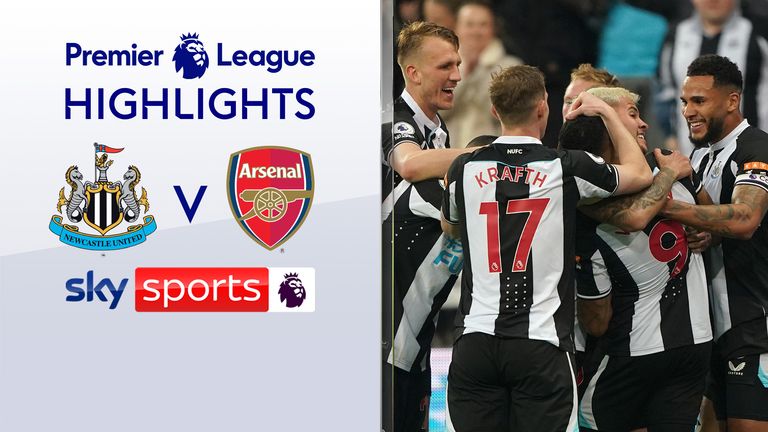 FREE TO WATCH: Highlights of Newcastle United's win against Arsenal

One of Tottenham and Arsenal are guaranteed to be in the Europa League group stages by finishing in fifth place. With Liverpool winning both domestic cups, sixth place in the Premier League will also seal a group-stage position in this competition.

Manchester United and West Ham are still in contention, and whoever finishes seventh will play in the Europa Conference League, entering in the play-off round.

Manchester United are two points clear of West Ham but Ralf Rangnick's side have an inferior goal difference to the Hammers.

Everton's remarkable comeback win over Crystal Palace means they are safe from relegation, leaving Leeds and Burnley to fight it out for Premier League survival on the final day.

Perhaps crucially, Burnley's vastly superior goal difference (-18 compared to -38) means they hold a clear advantage over Leeds even though both clubs will start Sunday level on 35 points.